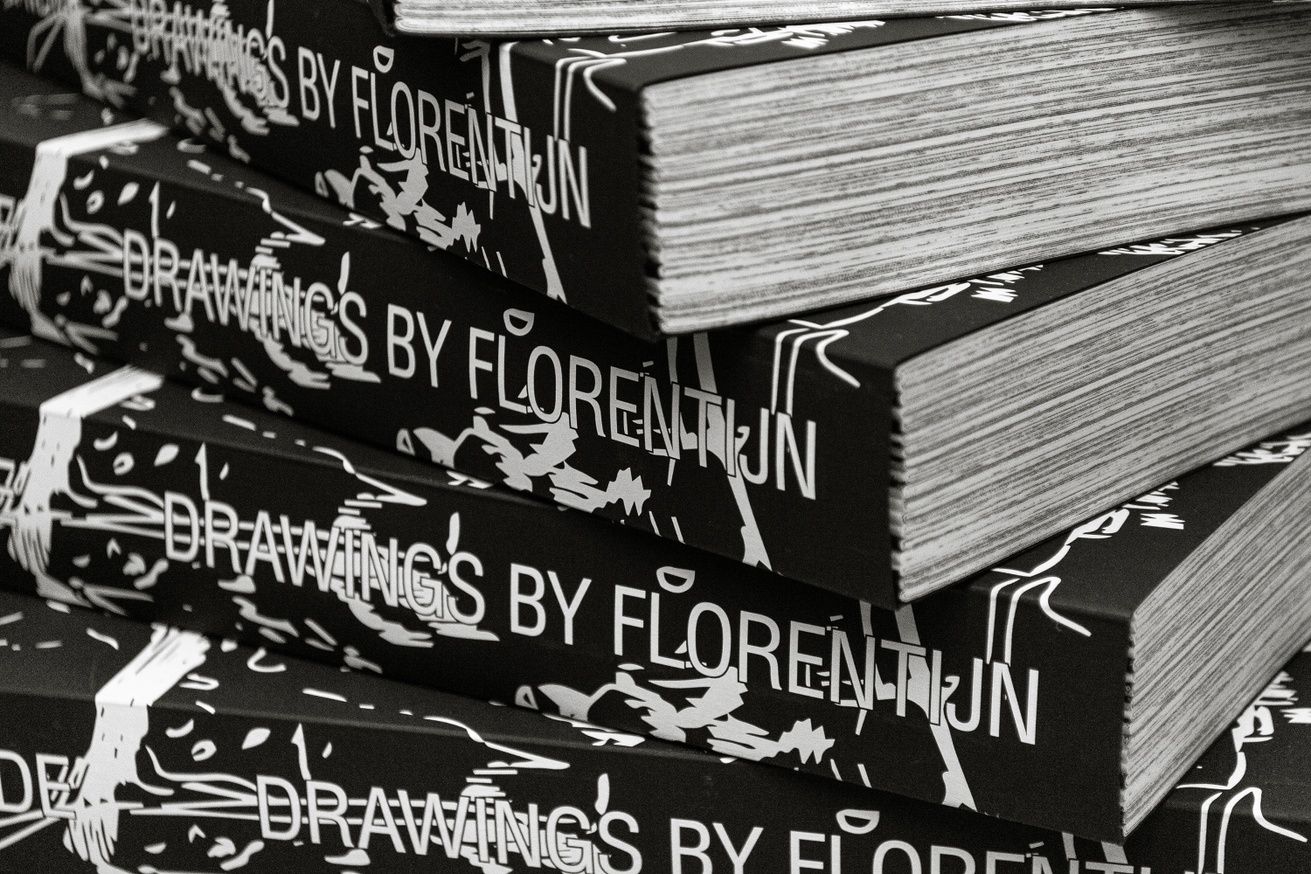 Limited publication ‘Phantomride’, containing sketches and drawings. Nearly 300 riso-printed pages of layered drawings. The order, size and combinations of the sketches are random, turning the book into an (art)object itself, instead of just another catalogue. By using Riso as the printing technique, we’ve increased the feeling of the publication being a sketchbook.

“Early cinema held an instant fascination with the train, as is evident from the numerous actualities of engines entering and leaving stations, including the famous Lumière brothers film L’Arrivée d’un Train (1896). In the train, cinema found a technology to rival its own wonders, and early train films are often records of one modern technology marveling at the other. It was a relationship that in a way began decades earlier; through the train carriage window, passengers were offered a cinematic experience years before the emergence of cinema itself. With the ‘phantom ride’, these two technologies were fused together to produce an all-new cinema spectacle.”

“Phantom rides were films shot from the very front of moving trains. The films would present the journey from the train’s perspective, capturing the approaching track, surrounding landscape and the passage through tunnels. To obtain these films, cameramen would literally tie themselves and their cameras to the buffer of a speeding train. From this position, the film would appear to be moving by aid of an invisible force, hence the name ‘phantom ride’ by which they soon came to be known. The first phantom ride, The Haverstraw Tunnel, was made in America in 1897.” – Christian Hayes