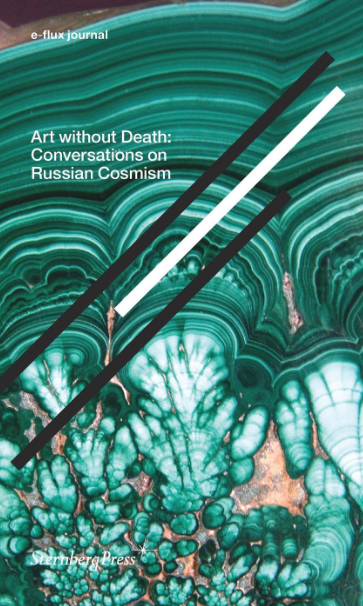 Today, many of us can remember the disappeared indigenous cosmologies as parts of ourselves, lost to colonialism, industrialization, communist revolutions, and capitalist wars. Many names have been given to ideological or historical grand narratives to soothe the pain of loss, to register those losses and render them searchable, but these memorializing mechanisms still fail to register the pain of losing something much larger that cannot be named—a deep relation to the world, to the cosmos, and to ourselves that gives us strength and sovereignty without need for any other earthly power of right or dominion.

What if another kind of modernity had been developed which was even more radical—so much so that its forward arrow actually sought to conserve and preserve previous lifeworlds against the ravages not of vanguardist reforms but of time itself? And reanimate those worlds. It would project a different kind of modernity altogether, beyond right or wrong sides of history, without victors and victims.

The task of progress would then be to care for and preserve the lifeworlds of history, not replace them. But such a modernity could not be a polite or deferential one, for its mission could only be to intervene into the mechanism of the great equalizer—death—in order to redistribute the only really precious resource that exists, the force that animates time itself: life. This is the debt we already carry, and the one we must always continuously pay.

According to the teachings of Nikolai Fedorov—nineteenth-century librarian, religious philosopher, and progenitor of Russian cosmism—our ethical obligation to use reason and knowledge to care for the sick extends to curing the dead of their terminal status. The dead must be brought back to life using means of advanced technology—that is, resurrected not as souls in heaven, but in material form, in this world, with all their memories and knowledge.

Fedorov’s call to redistribute vital forces is wildly imaginative in emancipatory ambition, even advocating the conquest of outer space as the territory of immortal life and infinite resources, where all resurrected generations of humans, animals, and all other previously living substance on our planet could eventually live.

Today, Fedorov’s vision—his Philosophy of the Common Task—could at first appear arcane in its mystical panpsychism and eccentric in its embrace of realities that exist only in science fiction or certain diabolical strains of Silicon Valley techno-utopian ideology. It can be difficult to grasp how it actually directly influenced the thinking behind a generation of young revolutionary anarchist and Marxist thinkers who incorporated Fedorov’s ideas under their own brand of biocosmism before the 1917 Russian Revolution, even giving rise to the origins of the Soviet space program.

This book of interviews and conversations with today’s most compelling living and resurrected artists and thinkers seeks to address the contemporary relevance of Russian cosmism and biocosmism in light of its influence on the Russian artistic and political vanguard, as well as on today’s art-historical apparatuses, weird materialisms, extinction narratives, and historical and temporal politics.

As a whole, this unprecedented contemporary collection of exchanges on cosmism asks how such an encompassing and imaginative, unapologetically humanist and anthropocentric strain of thinking could have been so historically and politically influential, especially when placed alongside the politically inconsequential—but in some sense equally encompassing—apocalypticism of contemporary realist imaginaries.