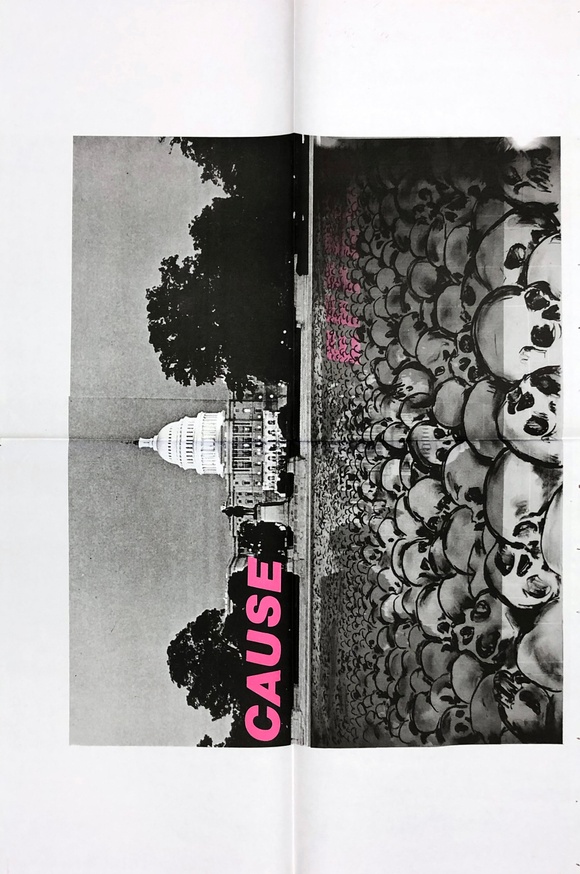 Posters from TALK IS CHEAP, a short-lived street exhibition featuring collaborations by members of COLAB and other artists. Sponsored by COLAB and organized by John Hogan in 1984, the show featured 27 collaborative posters by 47 artists posted around downtown New York. In the spirit of COLAB, the posters were cheap to produce and addressed political and economic issues of the time. The ephemeral exhibition lasted only a few days as the posters were either covered by signage or removed.

Very Good; adhesive stain on outside poster, and Near Fine