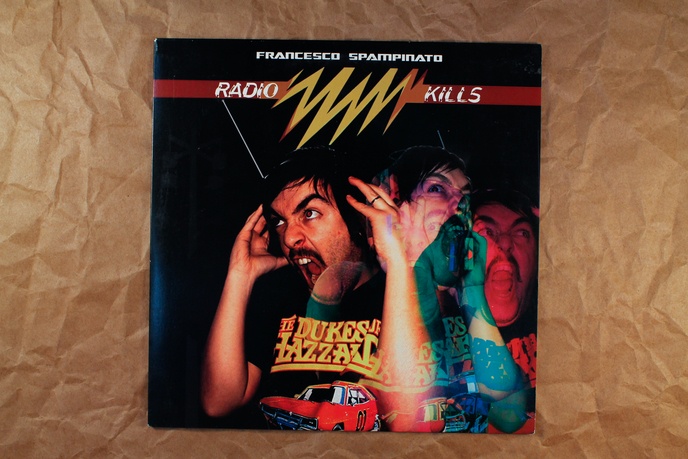 Radio Kills is a sound collage inspired by the heavy-metal cult movie Trick or Treat (1986) where a teenager receives the only existing copy of the last unpublished LP of his dead hero, the rock singer Sammi Curr. If played in reverse, the record contains subliminal messages of death and violence.

In Radio Kills, the radio is made to be played in reverse. It combines recordings from Italian commercials and religious, musical and political radio broadcasts. Like Trick or Treat, Radio Kills contains subliminal messages from a speech by Guglielmo Marconi, originally recorded on wire in 1932, where the father of radio recalls the early developments of wireless communications from 1901 to 1920.

Radio Kills also reflects the role of Bologna, Italy, in the evolution of radio. Bologna is the birthplace and early training of Marconi, but also the city where radio has been revolutionary exploited by the activist group behind Radio Alice during the 1977 student revolts.

Send Cancel
Publications by some of the speakers at the 2015 Contemporary Artists’ Books Conference, held September 18-19 at PS1 as part of Printed Matter’s annual NY Art Book Fair. The full conference program can be seen at http://nyartbookfair.com/archive/2015/conference/.
Facebook Tweet Embed
Checklist
Print checklist