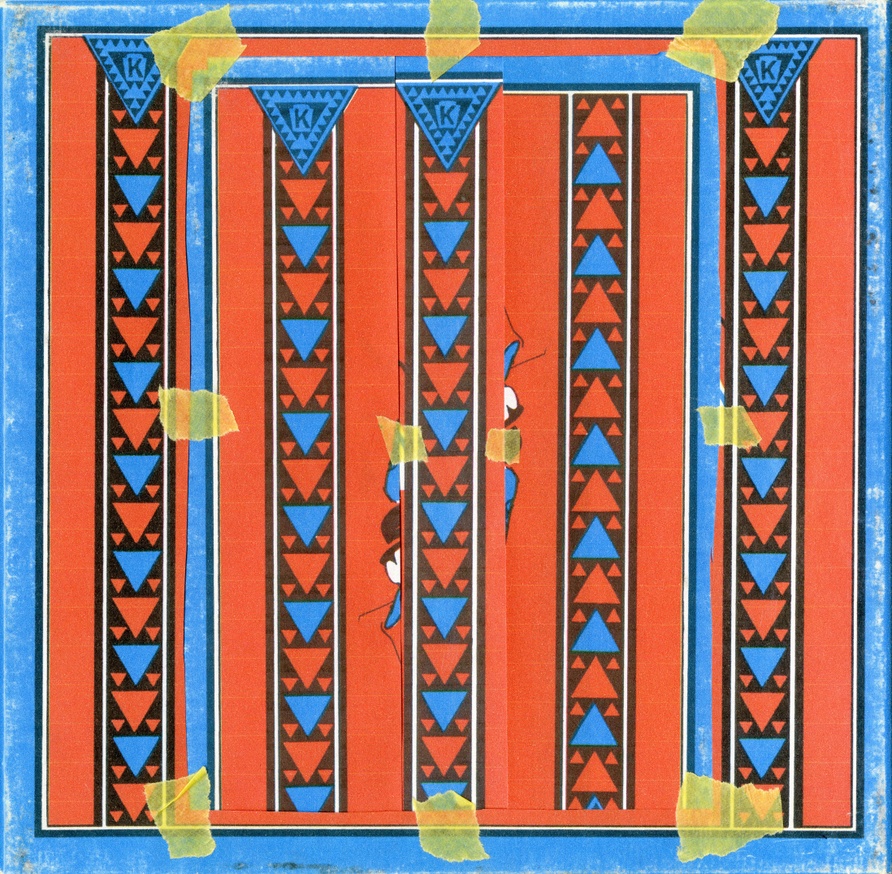 Composed almost entirely of geometric elements—triangles and rectangles—Connors’ work Comedies centers on the patterns created by the repetition of these forms. Using a minimal color selection of orange, blue, and black, Connors draws attention to the structure of his work, which is highlighted literally by bright yellow swatches of tape used to hold central elements of the work in place. Coupled with the cutting lines present where the piece has been reworked, Comedies presents itself as a work representative of Connors’ overarching artistic interests in color, geometry, and technique.

Contemporary abstract painter and sculptor Matt Connors (b. 1973 in Chicago) creates his work with an eye toward technique, color, and geometry, producing canvases that pay close attention to structure and scale. With a self-described attraction to minimalism, Connors draws on the movement’s history, as well as that of abstraction, which culminates in a body of work that pays homage to the ideas of famed twentieth-century predecessors such as Helen Frankenthaler and Ellsworth Kelly, while creating distinct motifs that draw on the artist’s interest in subjects such as music and poetry. Matt Connors has exhibited work both nationally and internationally at MoMA/P.S.1 Center for Contemporary Art, MoMA, Dallas Museum of Art, Contemporary Arts Museum, Houston, and The Modern Institute, Glasgow. In 2012, Connors was the recipient of the John Simon Guggenheim Memorial Foundation Fellowship Grant.