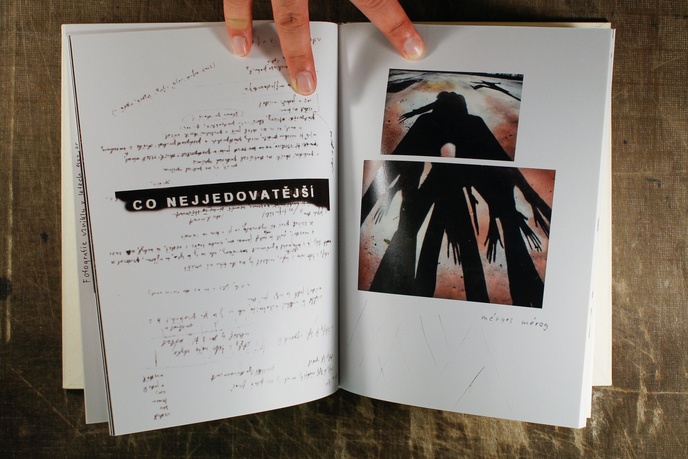 Please log in.
Out of stock
Add to table Facebook Tweet
A beautiful collection of black and white and color photographs of shadows designed and formatted to interplay with text. A signed and numbered photograph by Viktor Kopasz is included in each book. In Czech.