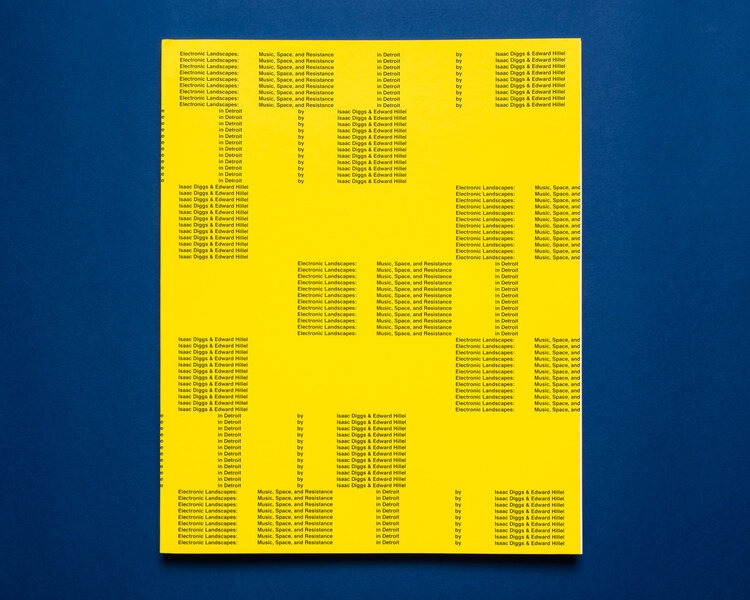 ​Electronic Landscapes: Music, Space and Resistance in Detroit (EL) celebrates Detroit’s techno, house and hip-hop musicians who construct home studios, renovate buildings and sustain community despite increasing pressure from land development and speculation. It sheds a fresh light on the city’s cultural significance and further contextualizes its current resurgence. Readers are invited to glimpse rarely seen aspects of Detroit’s electronic music culture, and to reflect on historic and contemporary places in Detroit’s landscape related to it. Featured musicians discuss their process and the significant link between race, space and cultural production, a theme expanded upon in critical texts by scholars Dora Apel and Carla Vecchiola, and internationally renowned DJ, John Collins.

Artist and educator Isaac Diggs explores the urban fabric of cities in the United States and abroad. He has published books on Lagos and Los Angeles, and his photographs have been exhibited nationally and in Japan. Isaac received his B.A. in English Literature at Columbia University, M.F.A. in photography from Bard College and is core faculty at the School of Visual Arts in New York. His work is represented in public and private collections.

Artist Edward Hillel focuses on themes including community, human rights, memory and place. Working in the spheres of archival research, documentary or performance, his process is a form of social practice, questioning hegemonic narratives within a framework of dialogue and collaboration. His work is represented in public and private collections, and has been widely exhibited and published. - Kris Graves Projects

A selection of books from the 2021 Paris Photo–Aperture Foundation PhotoBook Awards, including shortlisted titles and two winning photobooks by Russet Lederman & Olga Yatskevich and Sasha Phyars-Burgess