A Journal of the Plague Year 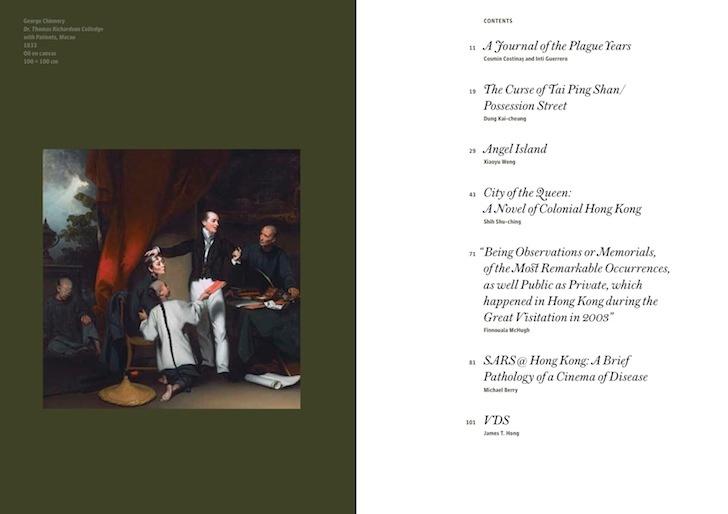 Expanded from a touring exhibition originated at Para Site in 2013, this book critically analyzes historical and contemporary imaginations and politics of fear in the face of disease and the specter of contamination in society and culture. Scholars, artists, novelists, and journalists depart from Hong Kong’s history of epidemic—the most recent being the SARS outbreak of 2003, shortly followed by the tragic death of pan-Asian pop icon Leslie Cheung, and tackle the galvanizing power and the varied perceptions of contagion in the context of lingering histories, myths, anxieties, and memories across geographies. While composing a complex picture of the Hong Kong psyche, these contributions speak from a humanistic and global perspective, pointing to the intersections of urban environments and post-colonial psychology, popular culture and racism, public health and migration, national identity and art. - Sternberg Press

Because borders, globalization, and capitalism have made the world small but incredibly difficult to traverse.