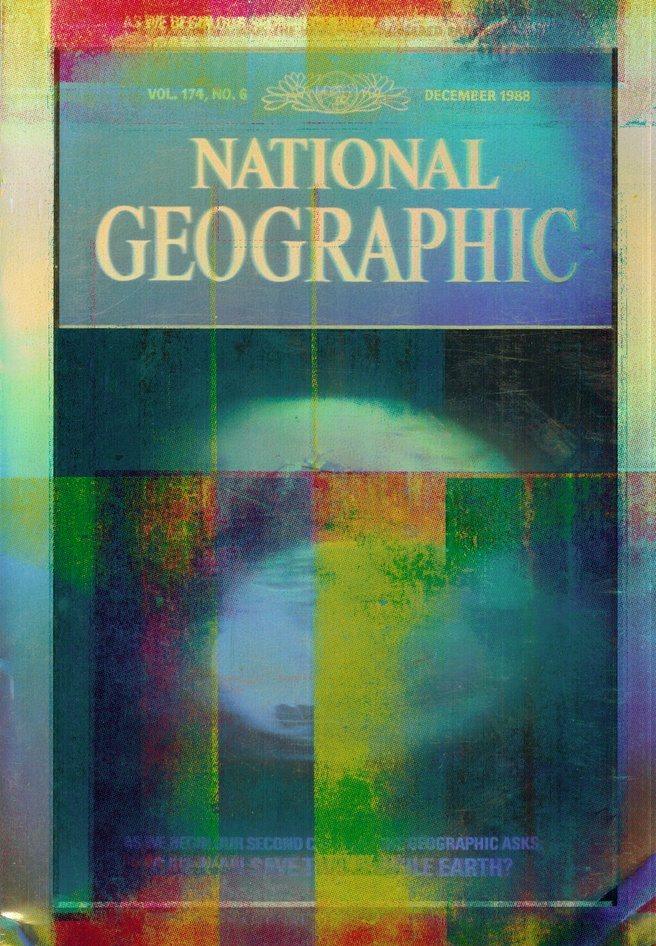 Printed Matter is pleased to be at NADA New York  this week (May 5th - 8th) debuting Morris Worm No. 4, a new fundraising edition by artist James Hoff. The work – part print, part found object – features a three-color silkscreen on the cover of a vintage National Geographic magazine. To render this image, Hoff infected a digital scan of the magazine’s holographic cover with a late 80s computer worm. Exploring a central thread of Hoff’s artistic practice interested in ‘channels of distribution’, the piece also shares a meaningful connection to his ongoing work as a book publisher and sound artist. In the case of Morris Worm No. 4, Hoff turns two networks to face each other – a pervasive non-targeted virus spread through the Web met with a point-specific old fashioned Magazine carried through the post. The result is twenty unique works, each of which show the own wear/degradation endured as a result.

Morris Worm No. 4 looks to the artistic and psychological implications of the Morris Worm, the first significant computer malware to find its way - in November 1988 - across the World Wide Web. Launched by a young programmer named Robert T. Morris from a MIT computer lab, the 99-line piece of code wreaked considerable havoc as it propagated through the early internet, transforming host machines, slowing them to crawl and rendering them useless.  Intended to “gauge the size” of the internet (half communicative and half communicable), the worm brought to view the network it traveled. Several weeks after the release of the malware, when National Geographic launched their December ‘88 issue with a hologram cover, it depicted a broken world/globe. That half-stab at describing the world in full dimensionality (with a McDonald’s ad on the back cover) parallels the Morris Worm’s attempts to map what soon became known as the word wide web, and the two gestures could be felt to overlap.

Seizing on this prescient connection, Morris Worm No. 4 exposes a clean image scan of the National Geographic cover image to Hoff’s acquired copy of the worm, overlaying the magazine with the resulting image (now fractured, dispersed, abstracted) on top of that. The works takes on additional depth when, as Hoff notes, we look to the weird confluence that anticipates this moment two decades earlier, backtracking to the late 60s when an artist with the same name – Robert Morris – contributed an eerily familiar and equally degraded photocopy of the world/globe to Seth Siegelaub’s infamous Xerox Book of 1968.

Morris Worm No. 4 is available at NADA in a signed and numbered edition of 20, with the price starting at $350. The work is presented in custom plexi box, and can be mounted on a wall. Remaining works will be available via the Printed Matter website this coming Monday.

Marit Følstad will sign copies of her new title The Marble Index an artists’ book sourcing its content from Følstad’s multi faceted artistic practice over the last 5 years – using images from neon, videos, sculptures and drawings. Moving fluidly between various mediums and formats, the over all aesthetic is driven and determined by the use of Japanese binding. The folded pages challenge the traditional experience of a book - the images and artworks flow continuously across the pages. More here

Preview of the new Wade Guyon edition: X Poster (Untitled, 2008, Epson UltraChrome inkjet on linen, 84 × 69 in, WG2001) is the third installment in this ongoing series is another large-scale print featuring a new image of one of Guyton’s renowned ‘X’ paintings. Produced to scale and in the style of the artist’s original inkjet-on-canvas work, the edition is printed with archival UV curable inks and folded by hand. Due to the anticipated high demand, the sale of the edition will be drawn by lottery among Printed Matter Members - to learn more, please see here. 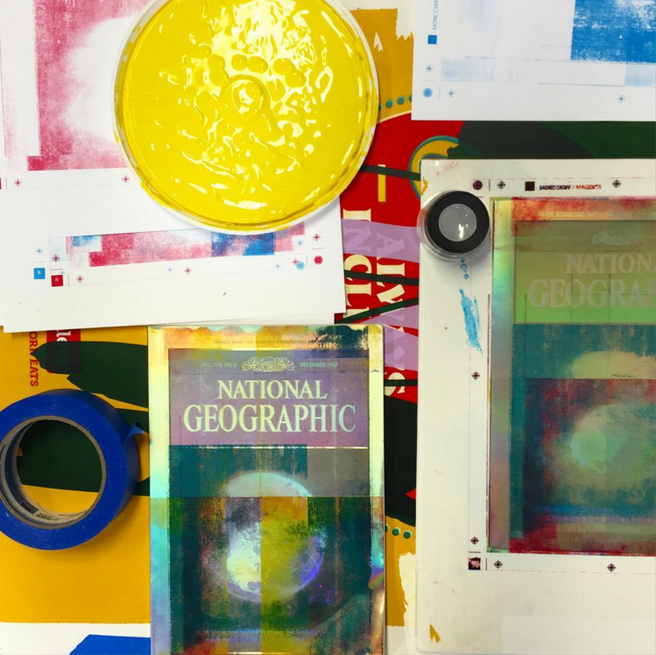 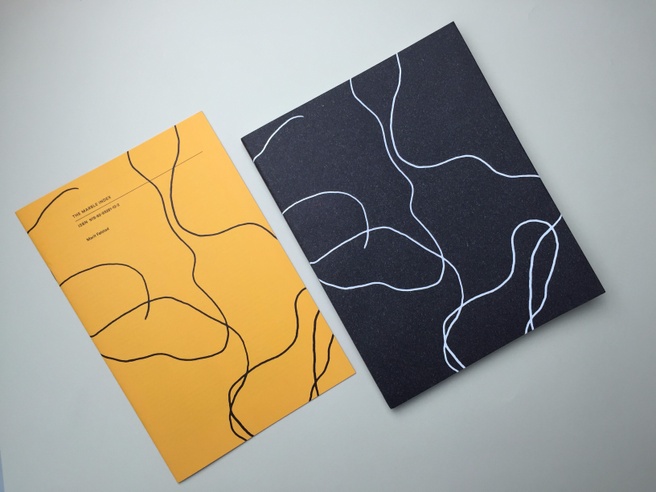 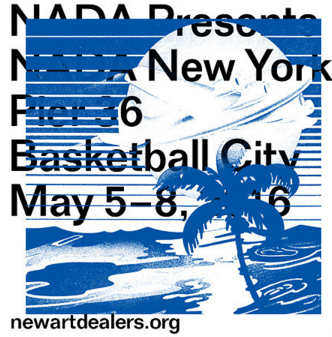