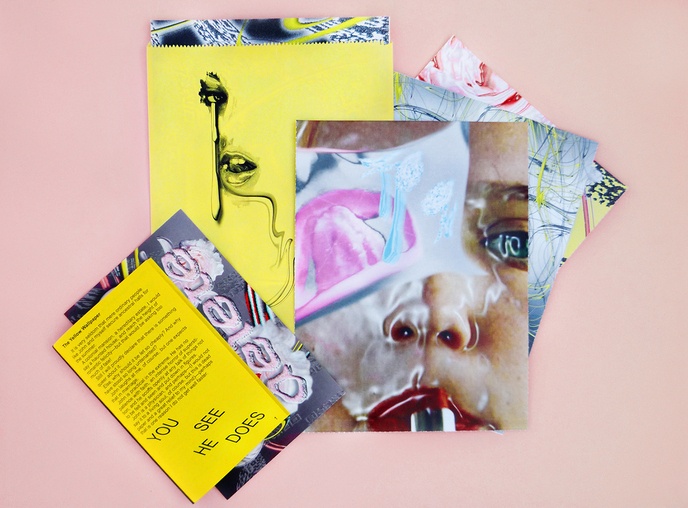 Please log in.
Out of stock
Add to table Facebook Tweet
Dear Tumblr, Please Delete Me #1 introduces the Tumblr girl subculture through the proto-feminist short story The Yellow Wallpaper by Charlotte Perkins Gilman. The subculture is comprised of teenaged girls who have hijacked the Tumblr platform to design their digital fantasy selves. Like the protagonist in The Yellow Wallpaper, the young women are at once living behind the (digital) wallpaper and defiantly tearing through it.