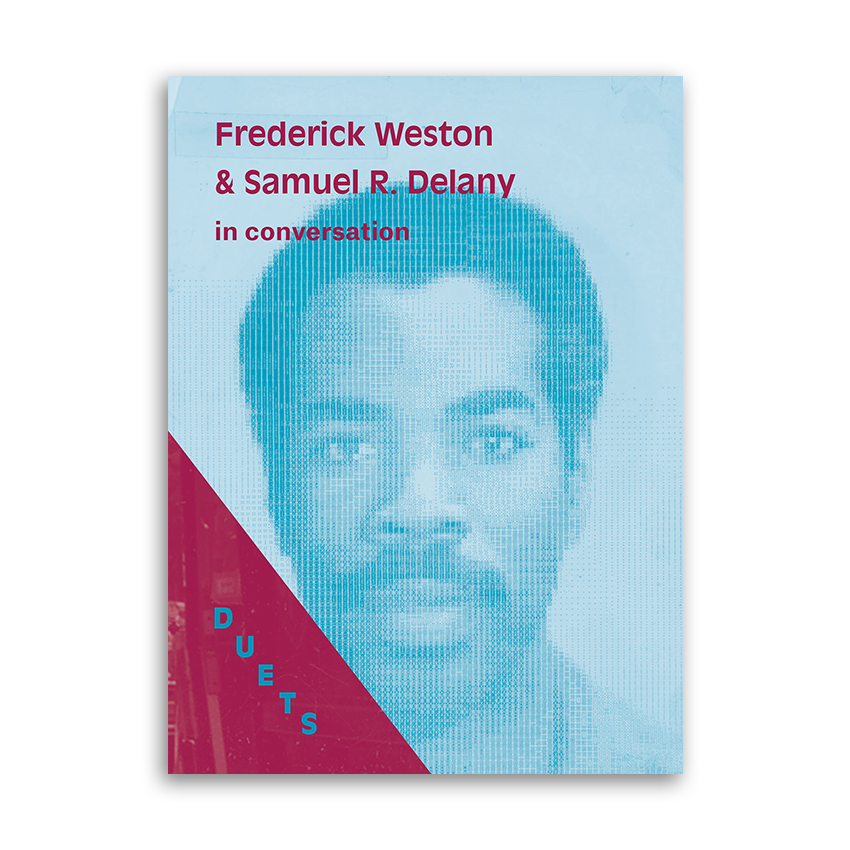 Frederick Weston and Samuel R. Delany come together for a wide-ranging dialogue, reflecting on their overlapping histories in Times Square, the deep impact of AIDS on their creative practices, and the ever-changing intersections of race, sex, language, and art.

DUETS is a series of publications that pairs artists, activists, writers, and thinkers in dialogues about their creative practices and current social issues related to HIV/AIDS. These engaging and highly readable conversations highlight the connections between communities of artists and activists. Drawing from the Visual AIDS Artist Registry and Archive Project, this series continues Visual AIDS’ mission to support, promote, and honor the work of artists with HIV/AIDS and the artistic contributions of the AIDS movement. - Visual AIDS

On the occasion of the inaugural exhibition for the International Library of Fashion Research in collaboration with the National Museum of Art, Architecture and Design (in Oslo, Norway), Printed Matter’s Chelsea location is hosting an in-store film screening featuring the work of Lengua. The artist, whose work parallels fashion and art and deconstructs perspectives of gender via fashion, was commissioned to create an interactive fashion film that genuinely involves and reflects the international underground queer scene.
Through the lense of a flickering sun, the short film titled «Bliss, Abyss» narrates three characters on an apocalyptic or disastrous quest towards another world; bodies (with grotesque costumes, plastic-taped make-up and sun-burnt skin) in relationship with other bodies. An extension of Lengua’s personal work within fashion and photography, this film is a highly candid, poetic and visually compelling artistic interpretation of the project’s themes-at-large; such as queer identities, alternative gender expression and Queer Futurism.
The film (which will also be shown throughout the summer months in Oslo) is corresponding with Norway’s “Queer Culture Year 2022”, a series of events marking 50 years since homosexuality was decriminalized.
At Printed Matter (the first satellite exhibition of the film); the display will also feature a series of books and reference materials further expanding on the themes of the project. Additionally an extended catalog will be published, giving context to the themes, the commission and the project, with contributors selected by the artist themselves in dialogue with the curators. The catalogue expands and explores themes behind the commission such as the anthropocene, queer historiography, synergies between the respective local and international underground scenes and alternative gender expression.
Special thanks to The Norwegian Consulate General in New York for generously supporting this project.