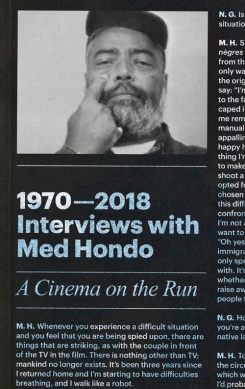 This publication includes seventeen interviews conducted with Med Hondo over a period of almost half a century. To read Med Hondo opens us up to many perspectives: to his work and its time-historical contexts, to his interests and obsessions, to his standpoint with regard to the intertwining of politics, economics, and culture. The book originated in the long-term project Cours, cours, camarade, le vieux monde est derrière toi—Run, comrade, run, the old world is behind you—The Cinema of Med Hondo. - Idea Books