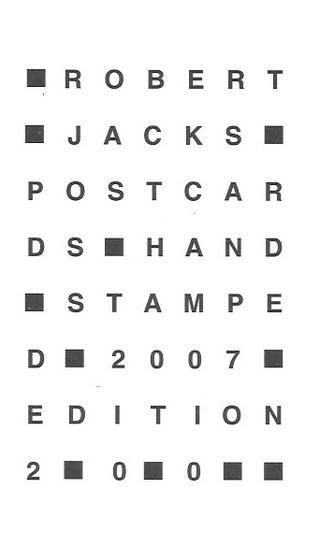 Printed Matter is pleased to announce Available to Everyone: Robert Jacks and Printed Matter, curated by Peter Anderson. The exhibition presents two connected bodies of material: a survey of artists’ books by Australian painter, sculptor and bookmaker Robert Jacks (1942-2014), and an extensive selection of publications drawn from Jacks’ own collection, many of which were purchased from Printed Matter in the early years of the organization. Robert Jacks produced and advocated for books that were cheaply-created in large editions, affordable, and made to be distributed widely – often producing permutative works that sat within the framework of minimalism and conceptualism.