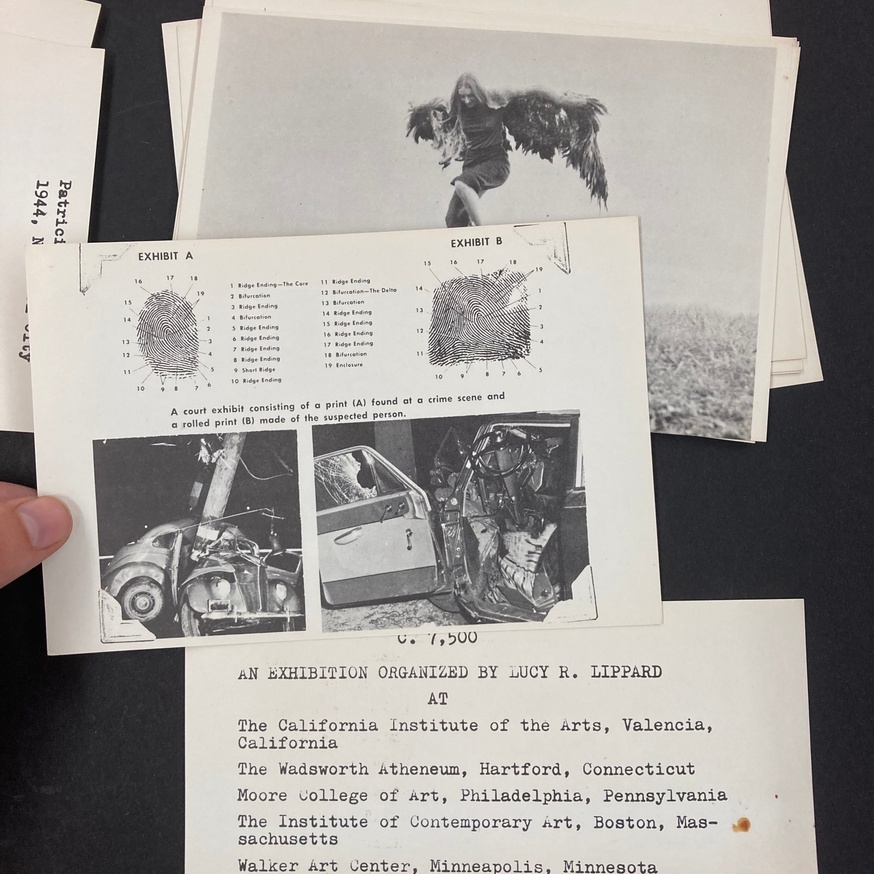 “When the show was finally selected, I looked over the cards and the body of work, and was surprised to find that it divided into quite distinct parts: 1) the work dealing with perception of exterior natural phenomena (Aycock, Dunlap, Holt) 2) the work re-framing or re-locating relatively factual material into personal patterns (Darboven, Kozlov, Denes, Anderson) 3) the work dealing with biography, usually autobiography (Altenrath, Bartlett, Lasch, Johnson, Ukeles, Antin, N.E.Thing Co., Mayer) and 4) the work dealing with transformation, primarily of the self (Wilson, Nahum, Myers, Mobus, Nolden, Apple, Stein, Piper, Tacha, Kitchel, Kuffler), with some overlaps in the latter two groupings.” - Lucy Lippard

From the library of writer and curator Edit deAk

New Out of Print Selection

New Out of Print Selection