NOW IS THE TIME OF MONSTERS
4-7pm 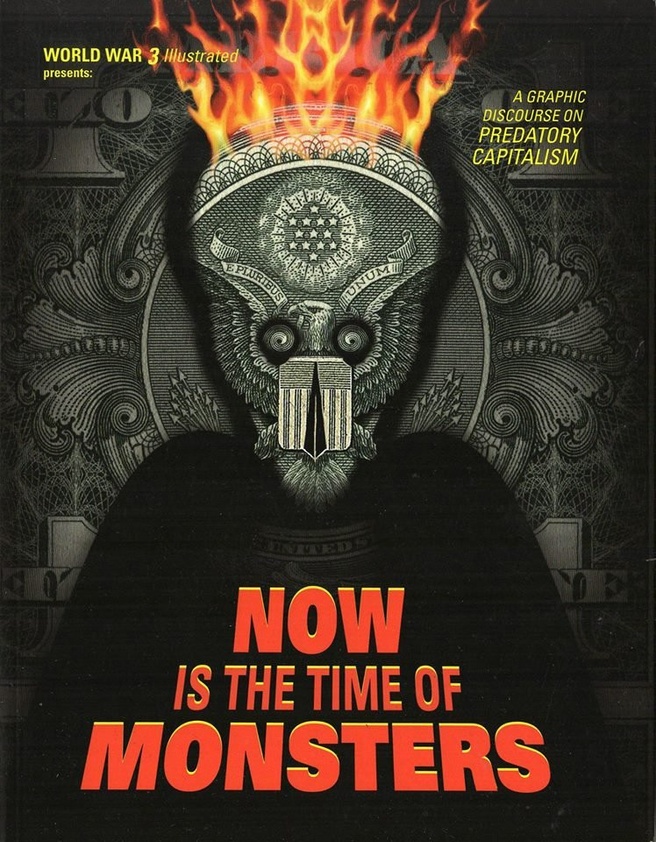 World War 3 Illustrated Magazine Release Party #49 The latest issue of World War 3 illustrated, explores and exposes the predatory logic that underpins our economy, politics, justice system and human relations. As agents of Capitalism seek to extract and exploit at every opportunity, artists and allies come together to push back in words and images.

World War 3 Illustrated is a semi-annual comix and graphics magazine. Founded in 1979, by Seth Tobocman and Peter Kuper, World War 3 Illustrated was among the first American magazines to treat comics as a medium for serious social commentary and journalism. WW3 isn’t about a war that might happen. It’s about wars ongoing– wars across the globe and in our own neighborhood, the wars we wage against each other and with ourselves.

For 35 years, the magazine has been a labor of love, run by a volunteer collective of political activists and artists, both first-timers and established professionals. We’re based in New York City and seek to provide a home for comics from around the world.