Please join us for the launch of Rene Ricard, 1979-1980, Ricard’s first poetry collection, in a bilingual French-English edition, published by Éditions Lutanie (Paris).

From the introduction: “Today, it is in part for the way Ricard’s poems have indelibly left their mark on the history, people, and literary and art worlds of New York and beyond that Rene’s work should be re-read. They continue to compellingly approach today’s reader in their immediacy, their determination to say all without compromise or reserve, in the risks they take in exposing the vulnerable, precarious, but also licentious self.” (Rachel Valinsky)

More information on the book here

Raymond Foye is a writer, curator, editor and publisher. He was a literary editor with City Lights Books, New Directions, and Black Sparrow Press, and a Director of Exhibitions and Publications at Gagosian Gallery from 1990 to 1995. Along with Francesco Clemente, he co-published Hanuman Books from 1985-1995. He has contributed to two retrospective exhibition catalogues on the works of Francesco Clemente (Philadelphia Museum of Art, 1990; Guggenheim Museum, 1999). His 2002 exhibition The Heavenly Tree Grows Downward was the first comprehensive exhibition of the artworks of Harry Smith. Foye is executor of the estates of James Schuyler, John Wieners, and Rene Ricard. Presently he is organizing an exhibition and publication on the paintings of experimental filmmaker Jordan Belson, for the Matthew Marks Gallery, in May of 2019. He is Editor-at-Large for the Brooklyn Rail.

Shiv Kotecha is a poet and critic. His most recent book, EXTRIGUE (Make Now, 2015), is a shot-by-shot rendering of Billy Wilder’s Double Indemnity. Other writing appears in Art in America, convolution, frieze, and elsewhere. A new book of poetry and fiction, The Switch, will be out this fall on Wonder Press.

Matt Longabucco is the author of the chapbooks Athens Notebook (Imp, 2017), The Sober Day (DoubleCross Press, 2016), and Everybody Suffers: The Selected Poems of Juan García Madero (O’Clock Press, 2014). Other work has appeared recently in Folder, Black Box, and The Poetry Project Newsletter. He teaches at New York University and Bard College, and lives in Brooklyn.

Eileen Myles is a poet, novelist and art journalist. Evolution (poems) will be out from Grove in fall, 2018. Afterglow (a dog memoir) came out in 2017. Other books include Cool for You, I Must Be Living Twice (new & selected poems) and Chelsea Girls, re-released in 2015. They have received grants and awards from the Guggenheim Foundation, Creative Capital, The Foundation for Contemporary Art and in 2016 were awarded the Clark Prize for Excellence in Art Writing. They live in NYC and Marfa TX.

Rijard Bergeron is a poet. Their work has been published in The Poetry Project Newsletter, This Image Journal, The Archive for Research in Archetypal Symbolism’s online journal, and elsewhere. Rijard also makes collage and has most recently published three pieces, two in collaboration with Sara Jane Stoner, for her book Experience in the Medium of Destruction (Portable Press @ Yo Yo Labs), and one for the cover of Lonely Christopher’s novel THERE (Kristiania). They are very grateful for their friends and their friends who have and continue to be mentors. They invite you to view the photographs they post on their Instagram journal, @rijardbergeron. Rijard lives in Brooklyn where they are the events coordinator for The Felt. 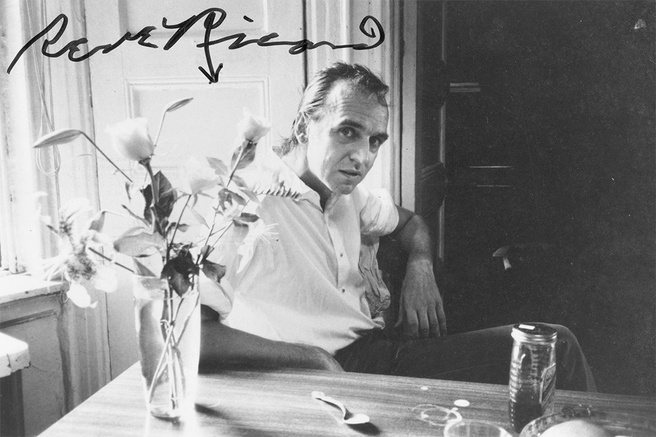