Ray Johnson could arguably be described as the most “insider” of “outsider” contemporary artists. Mentored by such luminaries as Anni Albers, John Cage and Elaine de Kooning at Black Mountain College, Johnson was quickly immersed in the downtown society of experimental artists when he moved to New York in 1949. This diverse group of visionary personalities are frequently referenced in Johnson’s early work; and as his correspondence and mail art practice developed, the artists’ network of friends, mentors, and protégés would become the vehicle for the circulation – as well as the very realization – of his growing body of work. Often associated with the early pop-art movement, Johnson also had close working relationships with Fluxus, early performance art and experimental theater, and many other groups within the creative community. When Johnson began a drawn out retreat from the art-world in the late 1960’s, this complex of associations and friendships would become a primary site for his continued mail art practice, until his death in 1995.

The exhibition includes a number of Ray Johnson exhibition posters from the 1960’s and 1970’s. In addition, there is an eclectic selection of the posters and ephemera of Johnson’s contemporaries, many of them close friends and collaborators, including Allan Kaprow, Roy Lichtenstein, Claes Oldenburg, Nam June Paik, Larry Poons, Robert Rauschenberg, Ad Reinhardt, Bridget Riley, Robert Smithson, and Ben Vautier. 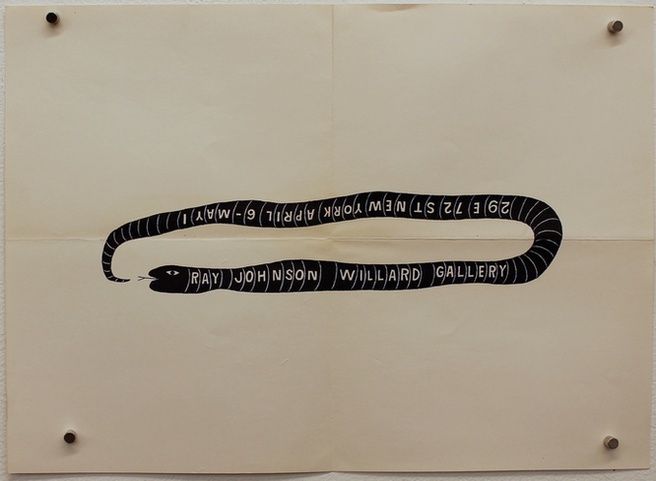 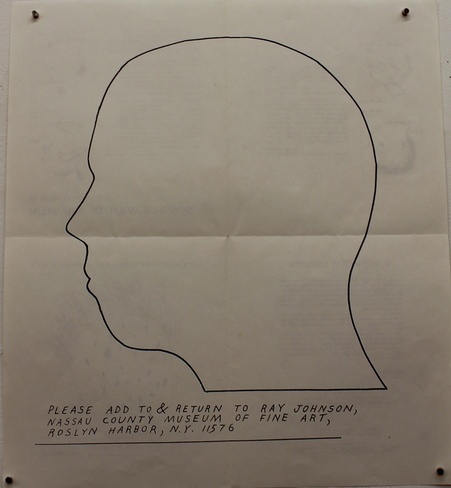 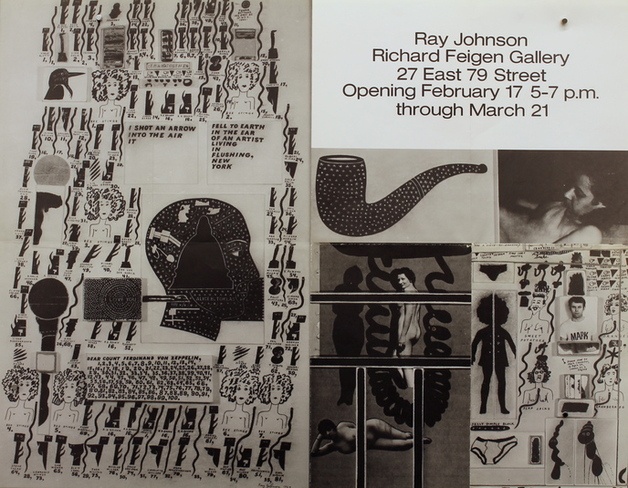