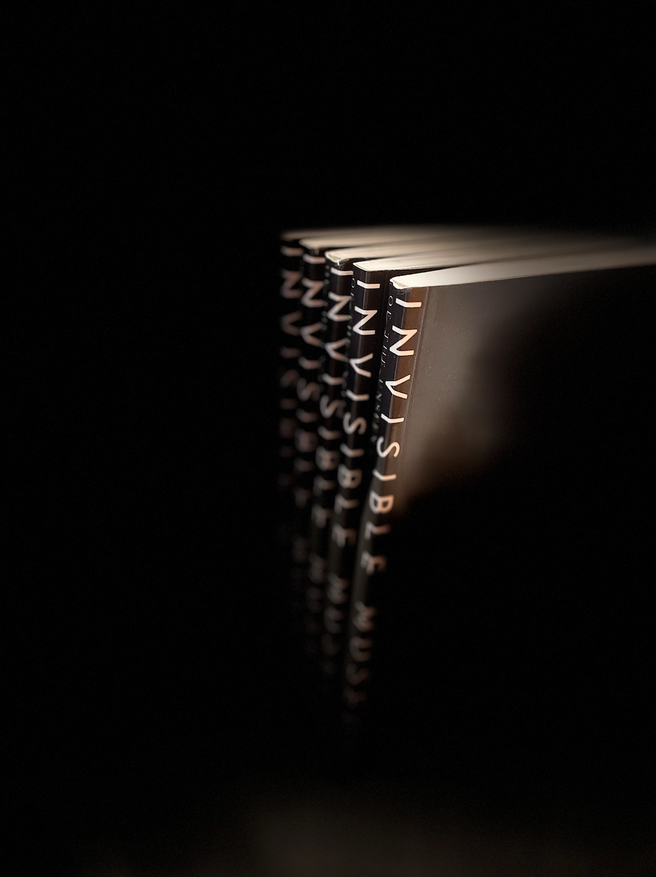 Join Jeanette Andrews as she speaks on the choose-your-own adventure companion book to her GPS-based, user-activated audio AR work “Invisible Museums of the Unseen.” Jeanette will present a short reading of the book, speak on the creation and execution of both iterations of the piece including the research, writing, app testing and experience design. She will also present a piece from her performance repertoire to round out the evening.

This is a hybrid event which will be hosted in person at Printed Matter (Chelsea) and virtually through the Franklin Furnace LOFT. You can access the live stream / virtual event by registering at the link below: https://franklinfurnace.org/invisible-museums/

Explore unseen architecture dedicated to the invisible forces of nature enveloping the body and the mind. This ‘choose your own adventure’ format monograph contains the full text transcriptions of the Chicago execution of Jeanette Andrews’ audio augmented reality work, “Invisible Museums of the Unseen.” The volume also serves as a companion work, delving into the research behind the piece and providing access for remote, static listening of the audio. Originally commissioned by the Museum of Contemporary Art Chicago in 2020, this outdoor, GPS-activated audio AR work invited participants to wander fictitious, sonic museums dedicated to how invisible forces of nature (such as gravity, air, reflections, and sound waves) act upon the body and psyche. Situated in four parks throughout Chicago, participants’ movements activated these app-based, auditory expressions of the unseen world. This work of invisible architecture creates the framework to investigate the mysterious forces acting upon us and asks if the world is a sensory illusion constructed of an infinite number of invisible building blocks. Each unseen structure is rooted in extensive research in contemporary physics as compared and contrasted with phenomenological philosophy. The work explores issues including what it means to place one’s body in a space, the act of being seen in public while being prompted to move in non-traditional ways, the definitions of indoors and outdoors, the phenomenology of sensing the unseen, and what constitutes a museum.

The work was later commissioned for the 2022 Manif d'Art Quebec City Biennial and was exhibited across seven sites in the city, in both French and English.

Foreword by Lynne Warren. Warren served as curator at the Museum of Contemporary Art Chicago for over 40 years.

Copies of Invisible Museums of the Unseen can be purchased here

Jeanette Andrews (1990) is a New York City-based artist, magician, and researcher. Andrews’s work focuses on the development of interactive magic and sensory illusions via performance, sculpture, installation, and audio. Over 27 years of specialized study and technical training in parlor and sleight-of-hand magic has now afforded her a distinct perspective on crafting experiences with nuanced, surreal visuals and on designing objects that function completely differently than they appear. Her research-based process centers around phenomenological philosophy, contemporary cognitive science, and physics. Work is rooted in highlighting astonishing aspects of everyday life via moments of the seemingly impossible. Themes have included invisibility, impossible objects, the relationship between scent and magic, unseen communication, and how illusions can construct reality. Andrews works closely with museums and galleries to recontextualize magic within the cultural arts and explore this craft as a performance art medium. She has presented numerous commissioned works with the Museum of Contemporary Art Chicago, including her 2020 work “Invisible Museums of the Unseen,” which was later commissioned as a site-specific work for the Quebec City Biennial. Further site-specific works for numerous museums and galleries include the Elmhurst Art Museum, Birmingham Museum of Art and International Museum of Surgical Science. Andrews is also an acclaimed speaker, presenting with the Cooper Hewitt, Chicago Ideas Week, Fortune 500 companies, and universities and conferences across the country. She is an artist-in-residence for CultureLab LIC and has held residencies at High Concept Labs in Chicago and The Institute for Art and Olfaction in Los Angeles. She is an Affiliate of metaLAB (at) Harvard. Illusion is Andrews’s life’s work and her performances have been praised by the Chicago Tribune, PBS, and the New York Times.