a symphony a work in progress

Printed Matter is pleased to present a symphony a work in progress, an exhibition by artist and publisher Yusuf Hassan. The project takes the form of an installation-as-publication, composed of printed pieces, objects and found images set across the exhibition space and authored as a single work. Printed Matter will also publish constellations for innerlight projections, a new publication from the artist realized on occasion of the show.

With a symphony a work in progress Hassan offers a performatory exchange around motifs in music, sculpture, and architecture, seen through the lens of publishing and grounded in the printed page. The show brings together emblems, cultural figures, diagrams, pictures of instruments and language into an improvisatory visual dialog, carrying both the sparse and decisive conceptualism of an artist like Stanley Brouwn while embracing the maximalist premise to “use every idea.” The installation is unprecious in its exploration of revision and process as it asks the question: what is the work that is used to make the work?

Among the elements on view are simple folded sheets, rubber stamp prints, xeroxes, broadsides, c-prints, audio work and publications that incorporate unconventional materials like wood, an aluminum slat, and continuous feed paper from a dot matrix printer. In one coil-bound book, each page has been hole punched at different intervals so that the absences read as a kind of musical score. Looking to the work of Adrian Piper, Hassan sheds traditional categories to inhabit many forms and genres at once — and paper itself, with its directional grain, becomes a medium that can hold movement and the physicality of sculpture.

In his own publishing practice, Hassan often looks to sound and music as a guiding framework. The exhibition considers the notion of arrangement—visually and in sound—and how disparate elements can play a part in an orchestrated whole. The work is also shaped by the tenets of free jazz and its historical lineage to hip hop, allowing for an approach to publishing that is rooted in reinvention and reference, while also being improvisational and responsive to the environment it creates. Taken together, the effect is of spinning through the radio dial with snippets of audio patched together into a seamless collage — an approach indebted to J Dilla’s 2006 instrumental album Donuts. Hassan’s work is realized in real time amidst a kind of chaos, embracing misprints and inexactness as something integral to the process.

In one print work we see an excerpt from an interview with Mobb Deep’s Havoc who recounts the making of “Shook Ones, Pt. II,” and how the song took on a new ecstatic life with the layering of a found drum sample, a pitch-shifted Herbie Hancock refrain, and a siren sound borrowed from Quincy Jones. Another piece simply holds the printed name of Greg Tate, the music critic, writer and musician whose work engaged similar concepts of lineage and reimagining in Black culture and beyond, before his passing in late 2021.

constellations for innerlight projections, a new publication by Hassan, offers a parallel entry point to the exhibition, furthering these explorations through a sequence of diagrammatic sketches, found imagery and musical notation. The publication is 78 pages, measures 10 x 7”, and is bound with prong fasteners and spine tape. Published in an edition of 400 copies.

Bio
Yusuf Hassan (b.1987, New York) is the founder of BlackMass Publishing. Hassan’s work explores the idea of the book his reductive technique and meditative approach challenge the physical and poetic boundaries of his materials canceling the idea of restrictions within his work allows him to analyze it with no limitations. using printed matter as a physical way of expression Much of Hassan’s success is attributed to his unique ability to express dramatic and emotional content through publications and printmaking. Hassan holds publications in the permanent collection of the Schomburg Center for Research in Black Culture, The Langston Hughes Library, Thomas J. Watson Library, The Houghton Library, and The Whitney Museum Library. 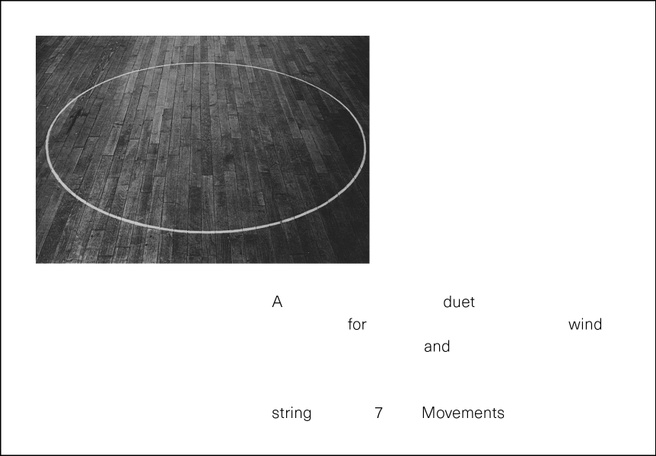