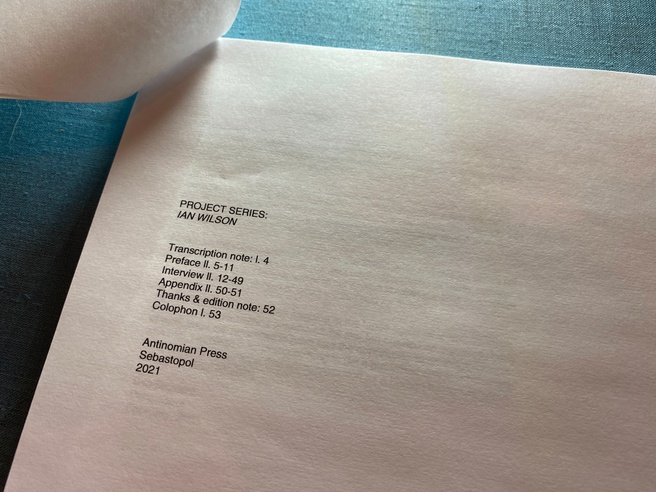 Occurring simultaneously in nine different cities, this printing event will be streamed live from Los Angeles, Vancouver, Sebastopol (CA), Toronto, New York City, London, Brussels, Paris, and Berlin. There will also be a conversation between MoMA curator Christophe Cherix and Ben Kinmont discussing the publication, the work of Ian Wilson, and the Antinomian Press.

DESCRIPTION OF THE PUBLICATION

Project series: Ian Wilson is an interview between Ben Kinmont and Ian Wilson that took place on the 19th of October, 1997, in Kinmont’s home in NYC. With Ian’s consent and involvement, the conversation was recorded and later transcribed, but it was never published. Previous publications issued by the Antinomian Press in the Project series include those about Lee Lozano (1998), Chris D’Arcangelo (2005), and Seth Siegelaub (2016).

In the interview, Ian talks about the origin of his Discussion pieces, where and when they occurred, and their content and purpose. He mentions the work of Robert Barry, Joseph Kosuth, and Lawrence Weiner, the exhibitions of Seth Siegelaub, and the writings of Lucy Lippard. He also addresses when a conversation is and isn’t an artwork and how the interview is different from one of his Discussion pieces.

Project series: Ian Wilson is published by the Antinomian Press. Printed in an oblong format and stapled in the upper left-hand corner, it is fifty-two leaves long, includes one original color photograph tipped-in as a frontispiece, and a few illustrations in the text. As a publication, the interview challenges conventional rules of bibliographical description as there will be nine different first editions and no issue will have priority.

Ian Wilson (1940 Durban – 2020 Queens, NY) was one of the pioneers of conceptual art. Wilson moved to New York in the early 1960s and started his artistic career as a figurative painter. By the late 1960s he began to present spoken language as his artistic medium, liberating art from its material form and opening it up to the unpredictability of verbal exchange. Ian Wilson had consequently pursued his radical practice for more than five decades. He developed his most important body of work, the Discussions, around the notions of time, possibility of knowledge and the awareness of the absolute. Except for taking place informally amongst artist friends or collectors, his Discussions were regularly organised for wider public in art galleries and museums especially in Europe and in the US.
Wilson’s work has been presented worldwide including seminal exhibitions of conceptual art such as 557,087 at the Seattle Art Museum Pavilion in Seattle, organized by Lucy Lippard in 1969; Information at the Museum of Modern Art in New York in 1970; Arte de Sistemas at the Centro de Arte y Communication in Buenos Aires in 1971, L'art conceptuel, une perspective at the Musée d'Art Moderne de la Ville de Paris in 1989; 1965-1975: Reconsidering the Object of Art, at the Museum of Contemporary Art in Los Angeles in 1995; as well as exhibitions such as documenta in Kassel in 1982. Wilson’s major solo exhibition accompanied by a catalogue raisonné was organised by the Van Abbemuseum in Eindhoven, together with MACBA in Barcelona and MAMCO in Geneva in 2008. The Dia Art Foundation organised a number of Discussions in Chelsea and Beacon between 2011-2015. In 2017 Ian Wilson had a solo presentation at the KW Institute for Contemporary Art in Berlin. Tate Modern hosted the last public Discussion with the artist in May 2017.

Christophe Cherix is the Robert Lehman Foundation Chief Curator of Drawings and Prints at the Museum of Modern Art. He joined the Museum’s curatorial staff in July 2007, after serving as curator of the Cabinet des Estampes at the Musée d’art et d’histoire in Geneva. His specialty is modern and contemporary art, with a particular focus on the art of the 1960s and 1970s. At MoMA, Mr. Cherix’s exhibitions include Yoko Ono: One Woman Show, 1960–1971 (with Klaus Biesenbach, 2015), Jasper Johns: Regrets (with Ann Temkin, 2014), Print/Out (2012), Contemporary Art from the Collection (with Kathy Halbreich, 2010), In & Out of Amsterdam: Travels in Conceptual Art, 1960–1976 (2009), Fluxus Preview: Selections from the Gilbert and Lila Silverman Fluxus Collection Gift (with Jon Hendricks, 2009), Projects 88: Lucy McKenzie (2008), and Book/Shelf (2008). He has been instrumental in the Museum’s recent acquisitions of the Herman and Nicole Daled Collection and Archives, the Seth Siegelaub Collection and Archives, and the Art & Project/Depot VBVR Collection, and has also worked extensively with the Gilbert and Lila Silverman Fluxus Collection and Archives, which together have redefined the Museum’s collection of Conceptual art.

Ben Kinmont is an artist, publisher, and antiquarian bookseller living in Sebastopol, California. His work is concerned with the value structures surrounding an art practice and what happens when that practice is displaced into a non-art space. Since 1988 his work has been project-based with an interest in archiving and blurring the boundaries between artistic production, publishing, and curatorial practices. He has taught courses in the MFA program at the California College of Arts as well as organized various workshops with students from the École des Beaux-Arts in France (Angers, Bordeaux, Bourges, and Valence), Cranbrook Academy in the US, and the Rietveld Academy in Holland. Exhibitions include those at Air de Paris, MAXXI (Rome), Whitney Biennial 2014, ICA (London), CNEAI (Chatou), Kadist Art Foundation (Paris & San Francisco), the 25th International Biennial of Graphic Arts (Ljubljana), the Frac Languedoc-Roussillon (Montpellier), Documenta 11 (Kassel), Les Abattoirs (Toulouse), the Pompidou, the San Francisco Museum of Modern Art, and a traveling survey show of Kinmont’s work entitled “Prospectus” (Amsterdam, Paris, New York, and San Francisco). He is also the founder of the Antinomian Press, a publishing enterprise which supports project art and ephemera (the archive of which is in the collection of drawings and prints at MOMA). 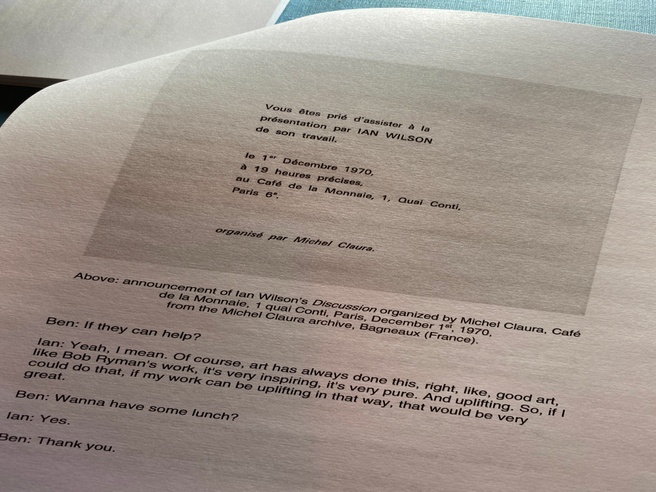 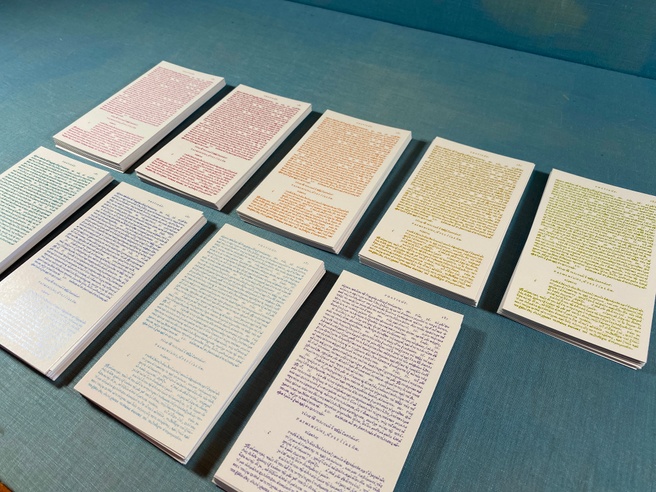 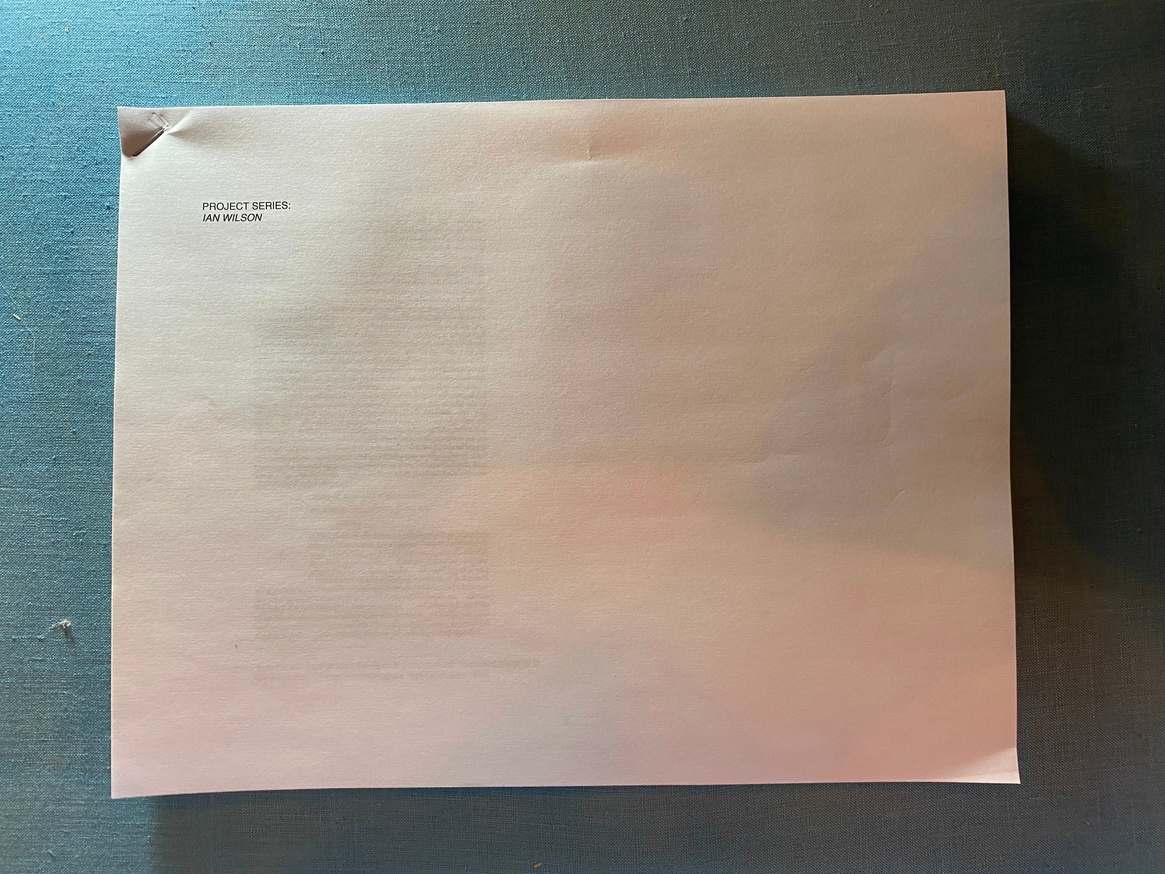