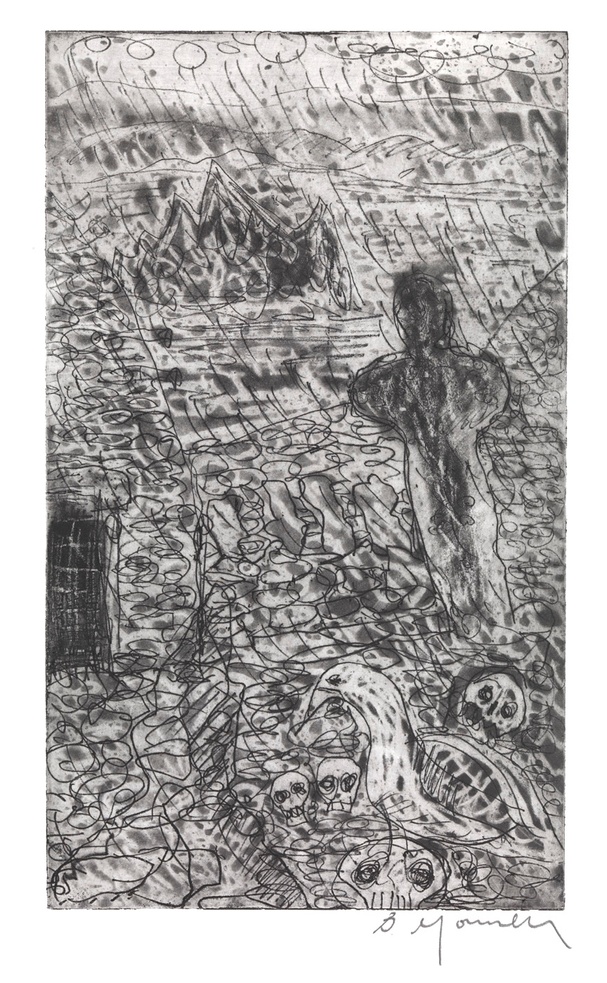 Printed Matter and En Garde Books are pleased to announce a launch party and reading for the limited edition print book entitled On Bolus Head, by poet Michael Carter and artist Brian Gormley, Saturday, March 16, 5-7 pm. In addition to the printed books, select proofs of the original print series will also be on display and available for purchase.

Based on poems written by Mr. Carter during multiple residencies at the Cill Rialaig Project in Co. Kerry, the original On Bolus Head series, etched on 38 metal plates in an edition of 20 at the Cill Rialaig Print Center, is a collaboration between Mr. Carter and Mr. Gormley inspired by personal experiences and observations upon the lore and landscape of Kerry, particularly the environs of Cill Rialaig and Bolus Head, a point at the extreme southwest of Ireland.

Mr. Gormley offers visual interpretations of Mr. Carter’s texts, but what emerges through this collaborative process is an interplay between text and image, both as contiguous pages and within a larger narrative. Situating On Bolus Head in the context of visual practice by poets such as Mallarmé and Rimbaud, and etchings by Goya and paintings by Kokoschka (among others), David Scott of Trinity College notes in his preface to the print version:

“Like many artists’ books since their heyday in the late 19th and early 20th centuries, Michael Carter’s and Brian Gormley’s On Bolus Head, in setting out to explore one of the wildest and most magical corners of Ireland at the same time investigates the complementary relation between text and image. This is not to say that the relationship between the components is illustrative: it is rather a case of two different media mastered by two different artistic temperaments responding to a common environment – in this case that wild and romantic extremity of the Kerry coast that is Bolus Head -, aware of each other’s approach but exploring as much the potential of the medium in relation to a common scene as the potential of the landscape itself.”

The privately-printed, limited-edition hard-bound book represents a digitalized simulacrum of the print series that both documents and decodes the On Bolus Head project, aided by Dr. Scott’s preface and an appendix featuring type-text of Mr. Carter’s allusive, and sometimes lexically illusive, poems as etched.

This New York launch follows on the heels of a successful presentation of the On Bolus Head series at the National Library of Ireland in September 2012, and immediately precedes an exhibit in the Long Room of the Trinity College Library in Dublin, where selected prints will from the series will be on view March 25- April 30, 2013.

Michael Carter is an American poet, critic and essayist, and was publisher of the quintessential East Village arts and literary ‘zine redtape. Author of Broken Noses and Metempsychoses, his work has been published in numerous anthologies including The Outlaw Bible of American Poetry, Up Is Up, But So Is Down: New York’s Downtown Literary Scene, 1974-1992 and From A Terrace In Prague.

Brian Gormley is an internationally acclaimed painter and printmaker who has exhibited his prints at the Irish Museum of Modern Art and The Graphic Studio Dublin, and paintings at many galleries and venues worldwide. He has most recently exhibited work with Dublin’s Cross Gallery at Scope Miami, 2012.

Rising from the ruins of a pre-famine village near Bolus Head, The Cill Rialaig Project was founded in 1991 by Noelle Campbell-Sharp and has provided haven and retreat to thousands of international artists; it recently celebrated its 21st anniversary with multiple events across Ireland, including the presentation of On Bolus Head at the National Library of Ireland. The On Bolus Head collaborative book was also listed No. 2 of the top ten small press books of 2012 by Bart Plantenga for Karen the Small Press Librarian. 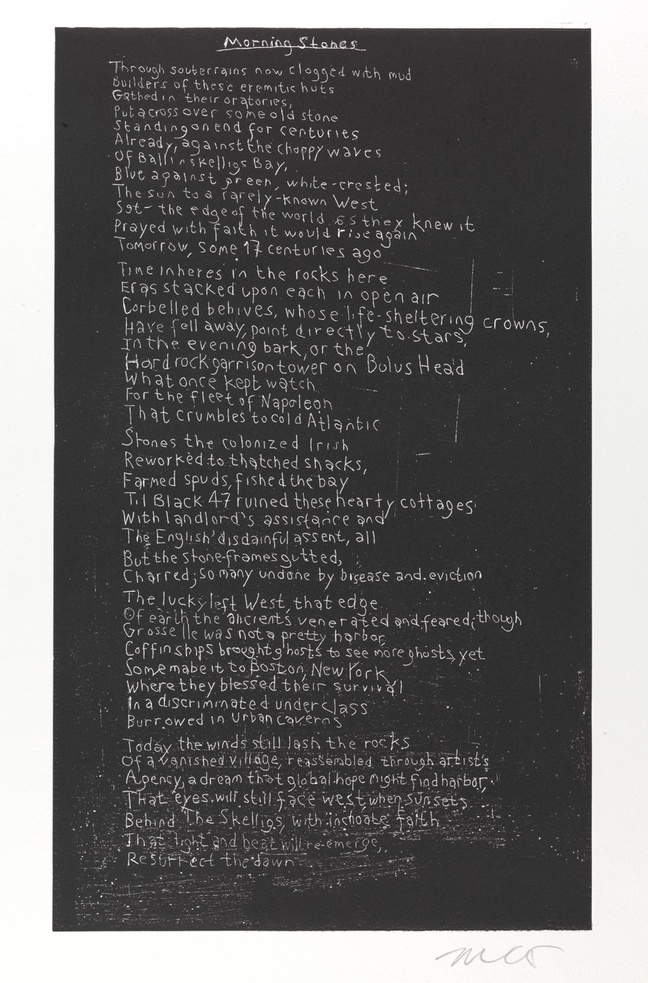