Printed Matter / St Marks and 8-Ball Community are excited to announce a Spring Zine Fair taking place next Saturday, June 12, on St Marks Pl between 1st and 2nd Avenues, with a series of collaborative events at community gardens throughout the neighborhood. Join us as we come together after many months apart and gather local independent publishers and zine makers to honor the East Village’s rich DIY and countercultural history.

Engage with the 40+ New York-based exhibitors who will be tabling at the fair and browse an exceptional array of creative and experimental artists’ zines and publications. Throughout the day, nearby community gardens will be hosting a variety of programs, including composting workshops, a poetry reading, concerts, leaf pressings, and more! As we celebrate the East Village’s artistic past and present, we’re so excited to collaborate with local community gardens in acknowledgement of the grassroots reclamation of the Lower East Side’s unused space by gardeners, squatters, and artists. Our fair guide will be in the form of an East Village Fanzine spotlighting local businesses, organizations, and stories.

This event is made possible by our sponsors, Fortnight Institute and Jack Hanley Gallery, and the generous support of Below The Line Production Supply, Miracle Seltzer, Endless Editions and Tony’s Pizza (128 2nd Ave NY, NY). We are so grateful for their kindness and contributions.

On the occasion of the fair, we are thrilled to announce four fundraising prints in support of Printed Matter / St Marks and 8-Ball Community by Kim Gordon, Ari Marcopoulos, Bobbi Salvör Menuez, and Jia Sung. 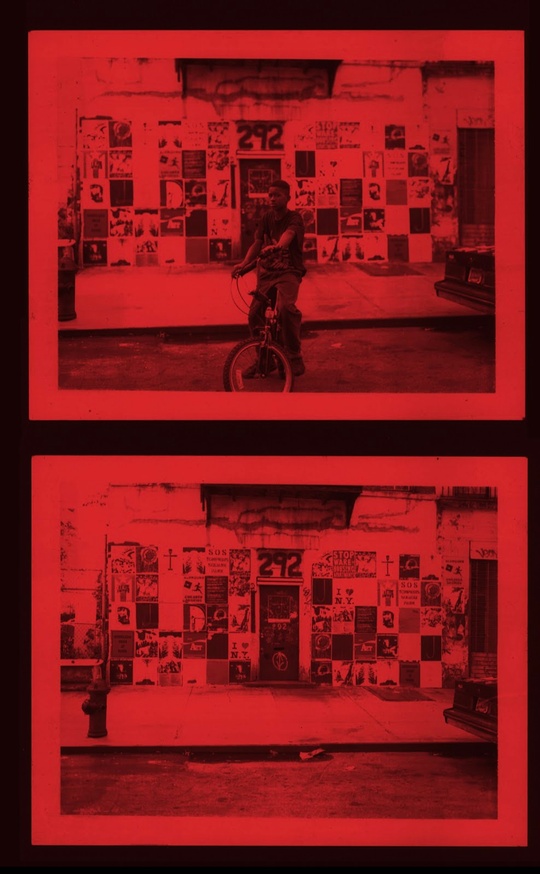 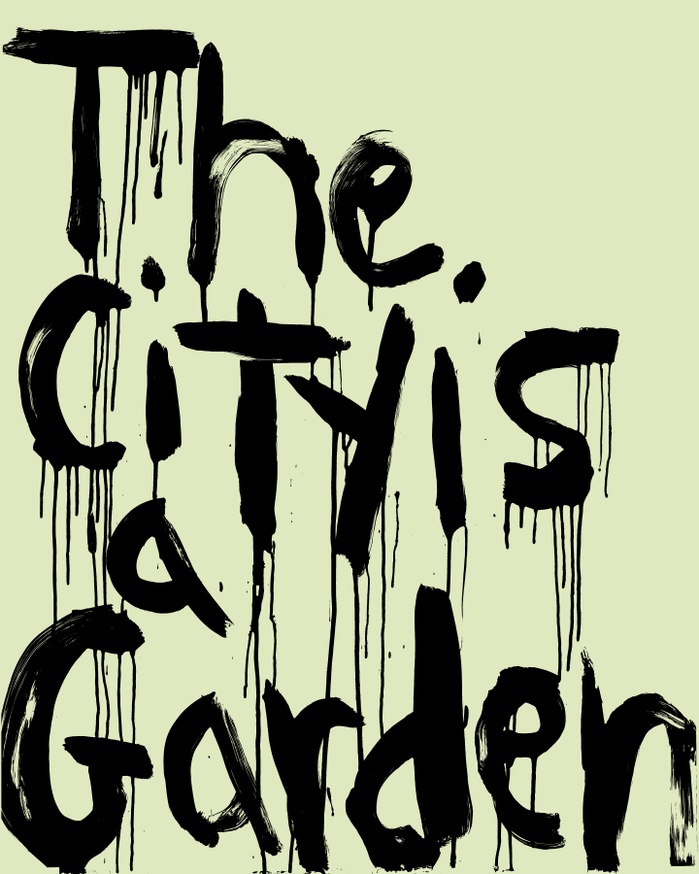 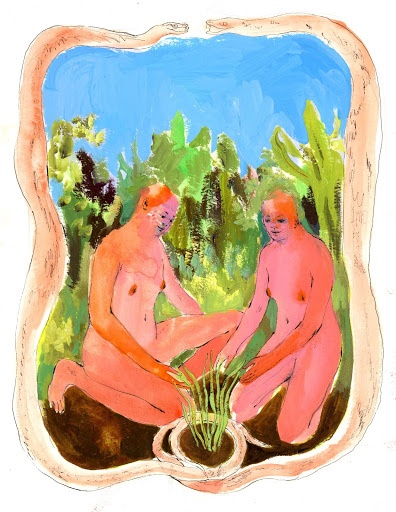 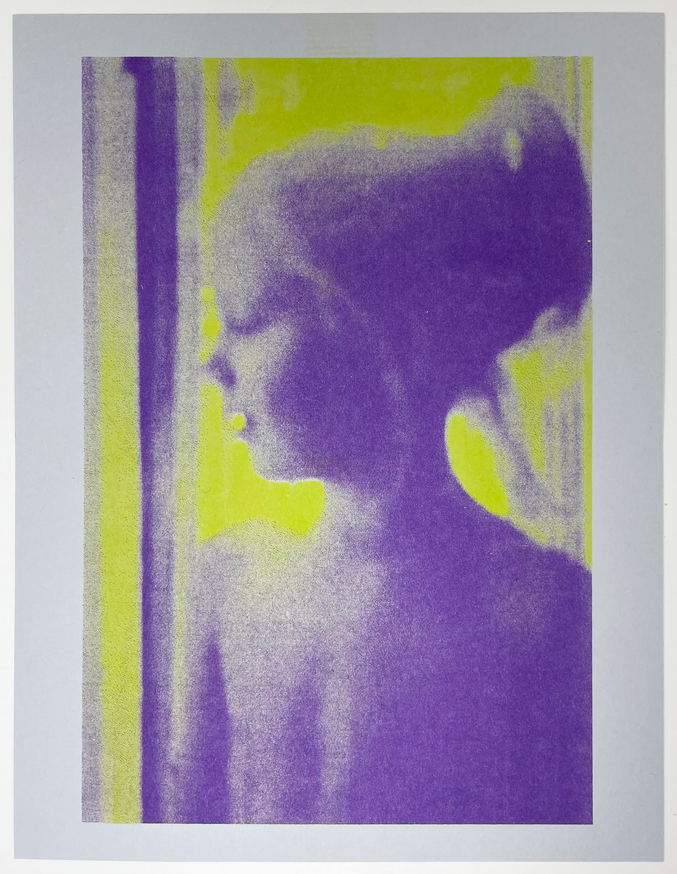 Throughout the day, local community gardens will be hosting a variety of programming, from solar printmaking to poetry readings. Check out the full list of gardens and programming below.

We are so grateful for the gardens’ collaboration expanding the Spring Zine Fair into a neighborhood-wide event.

Albert’s Garden
16 East 2nd St
Named for and originally founded by Albert Eisenlau in 1971, the starting soil of the garden was repurposed from an earthwork by a sculptor friend of co-founder, artist, and longtime manager and defender of the garden Louise Krueger. Albert’s Garden is now a mature shade garden where perennials unfold throughout the seasons and visitors can enjoy bird watching, linger near the gold fish pond, and attend community events.

East Side Outside Community Garden
415 East 11th St
East Side Outside Community Garden is a volunteer-run, NYC Parks GreenThumb garden founded in 2016 in collaboration with East Side Community High School (ESCHS). From 1992-circa 2010, the site was also occupied by a garden known as Open Road Park. The garden hosts Reclaimed Organics, a community-oriented compost hauling business, and offers a laboratory for ESCHS’s Urban Agriculture curriculum. The garden offers an open space for the community, regular events programming, and is open to all city residents who wish to join as volunteer members.

El Sol Brillante
522 East 12th St
Emerging from the ashes of a demolished lot of four burnt-out buildings in 1977, El Sol Brillante’s mission is to nurture an inclusive garden in the East Village by offering community and educational programs, tenancy of garden plots, and communal gardening, and to promote nature and ecology amidst the city pavement.

Elizabeth Street Garden
Elizabeth St between Prince & Spring St
Originally the site of PS 106 and transformed in 1991 into a public sculpture garden by Elizabeth Street Gallery owner Allan Revier, the Garden has a nearly 200 year history as an outdoor recreational and educational place for people of the community, but is now under threat of development by city officials. In 2016, the not-for-profit ESG formed to find ways to save the Garden and to keep it accessible to the community with free public programming.

First Street Garden
48 East 1st St
In 2008, First Street Garden was converted from a building lot into a hybrid park, art space and garden and has been regularly providing cultural programming for the community since 2011. With events like live music and dance performances, art installations, poetry readings, screenings, and workshops, First Street Garden aims to carry on the neighborhood’s long legacy as a hub of communal creativity.

Le Petit Versailles
247 East 2nd St
Le Petit Versailles is a GreenThumb/NYC Parks Department garden that began in 1995 located at 346 East Houston /247 East 2nd St. This 20 ‘ by 60’ garden with two entrances was created by artist/activist Peter Cramer and Jack Waters on the site of a former “chop-shop.” It is appropriate that a stage dominates the garden because the gardeners are committed to providing a platform for LGBTQ performers, filmmakers, visual artists and their allies. Internationally known and recognized as an art garden, it continues to provide a welcome oasis in a rapidly changing neighborhood.

Le Petit Versailles is a project of Allied Productions, a not-for- profit arts organization, and has an active performance and exhibit schedule during the summer months.

We are excited to announce a new T-shirt designed by Cody DeFranco in honor of the fair! This shirt is a fundraising edition in support of both Printed Matter / St Marks and 8-Ball Community, and will only be available in-person at Saturday’s fair.

From the artist: “8-Ball Community and Printed Matter have always been so rooted with community and furthering one’s education about the world around them. I wanted to simply show growth (flowers) coming out of information (the book.) When it comes to Spring time there’s a lot of rejuvenation and growth out in nature so it’s the perfect time to hold such an event.”

Cody DeFranco is a graphic artist and printmaker based in the Hudson Valley of New York. He runs his own private print shop where he focuses on silkscreening of his work and others.