A guiding dog for a blind dog: Book Launch with Lukas Hofmann 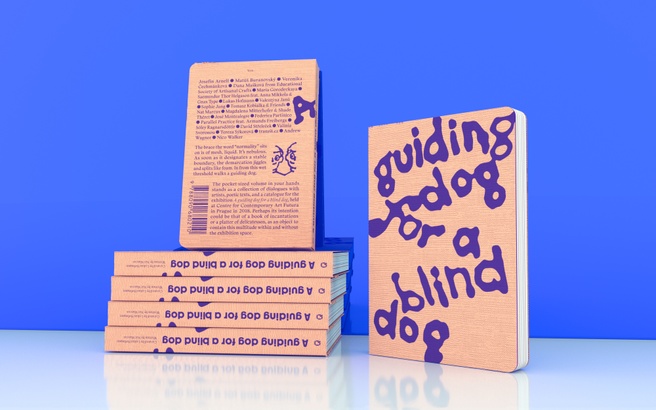 Join us for the book launch of A guiding dog for a blind dog, an art book written by Nat Marcus, curated by Lukas Hofmann and designed by Parallel Practice.

The event will feature a talk by Lukas Hofmann and a reading from the book.

The news is fake sometimes and the horizon’s relative. The Flat Earth movement thrives while people are investing in competitive drone racing and building dwellings in the ocean; we started delivering lectures in saunas as works of art, but it’s still paintings that bankers buy. Normality has always been crafted into a condition by the interested powers and parties, made a brittle instrument to mark what’s abnormal, unreal. The brace the word sits on, however, is of mesh, liquid. It’s nebulous. As soon as it designates a stable boundary, the demarcation jiggles and splits like foam. In from this wet threshold walks a guiding dog.

The volume stands as a collection of dialogues with artists, poetic texts, and a catalogue for the exhibition A guiding dog for a blind dog, held at Centre for Contemporary Art Futura in Prague in 2018. Weaving into and through its delightful imagery are Nat Marcus’s written works, in which he individually relates to the concrete pieces in the exhibition. More often than not, the relation may seem arcane and cryptic. His texts may read like a poem or a piece of prose; they may simulate a newspaper tearout found on the street, or present an excerpt of an academic text. Perhaps its intention could be that of a book of incantations or a platter of delicatessen, as an object to contain this multitude within and without the exhibition space.

The book, we hope, issues invitations. The reader is invited to delve into the Fellowship of Citizens, Saemundur Thor Helgason’s lobbying group and lottery, which advocates for a universal basic income; or the like-farms and the mirrors scattered throughout Instagram, as seen through the eyes of Tomasz Kobialka. Josefin Arnell’s film Mothership Goes to Brazil prompted a conversation about the economy of healing tourism and its invisible borders, while Sóley Ragnarsdottir speaks about the space of a gaze between human and animal. Valinia Svoronou leads us through a terrain of roses sent to space, the Greek economy, one’s will to escape, space migration. Nico Walker lets us on in the teeth-whitening chart included in her styled sculpture My father has full sleeve tribal tattoos., Andrew Wagner leaves us to speculate if Plankton, the character from SpongeBob, is in fact queer, and Nat discusses a salty-oily focaccia from Genoa and other mouthwatering snacks with Federica Partinico.

Nat Marcus is a poet and journalist based in Berlin. In 2014, he co-founded TABLOID Press with Zoe Darsee. TABLOID’s activities encompass book design, documentation, and poetry workshops, in addition to its role as a press for art and poetry publications. Marcus’ writing has been featured on 032c, Berlin Art Link, Novembre Magazine, dis, and Telekom Electronic Beats.

Lukas Hofmann is a curator and an artist. His art performances were held at Danish National Gallery (Copenhagen, DK), Galerie Frangulyan (Paris, FR),at a 5000 sqm cleared out Bauhaus hobby market for Plato (Ostrava, CZ), at the National Gallery (Prague, CZ), the Schinkel Pavillion (Berlin, DE), Moderna Museet and at Cabaret Voltaire, for the closing of Manifesta 11 (Zurich, CH). Each shows a different side to Hofmann’s focus on ritualised play, open collaboration, and the styling of a vigorous resistance to today’s sensory autopilotism.

FUTURA Books is a series of books published by Centre for Contemporary Art FUTURA.

Centre for Contemporary Art FUTURA is a private non-profit institution which operates two large exhibition spaces and a residency programme in Prague, a renaissance Castle in Třebešice near Kutná Hora, with a collection of Czech and international contemporary art and a residency programme VARP NY in collaboration with Art in General and Visegrad fund in New York, USA.

FUTURA gallery is a three-floor exhibition space with a total area of 1,000 m² located in Prague’s Smíchov quarter. Works from numerous renowned and internationally respected artists from abroad as well as the Czech Republic have been presented here since 2003 in large collective and solo exhibitions. 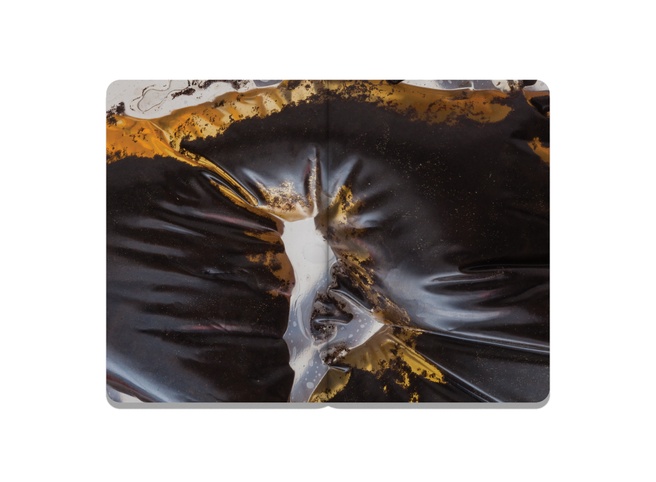 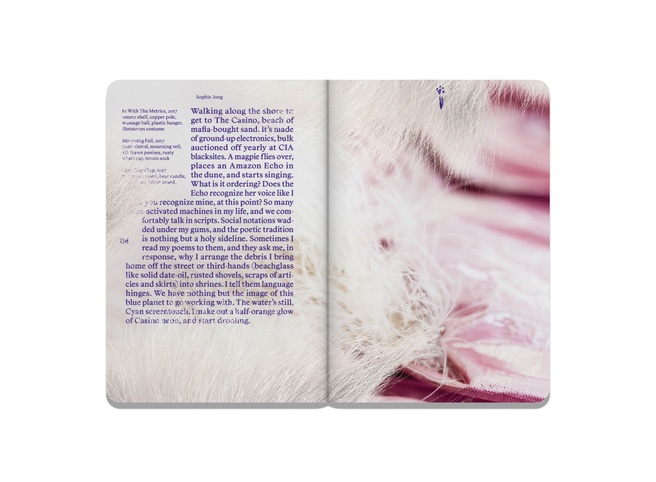 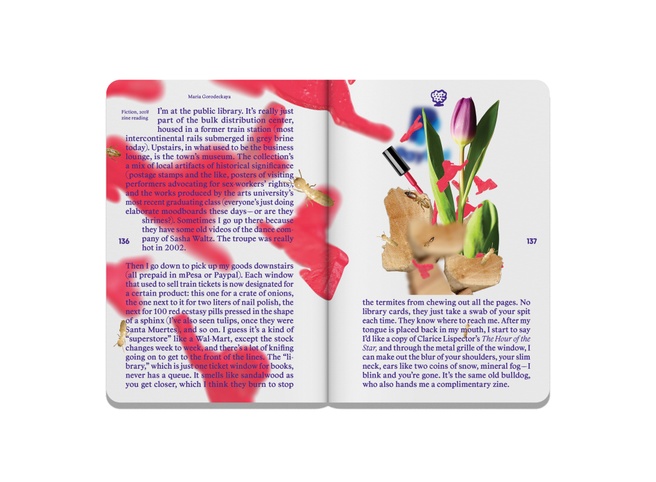 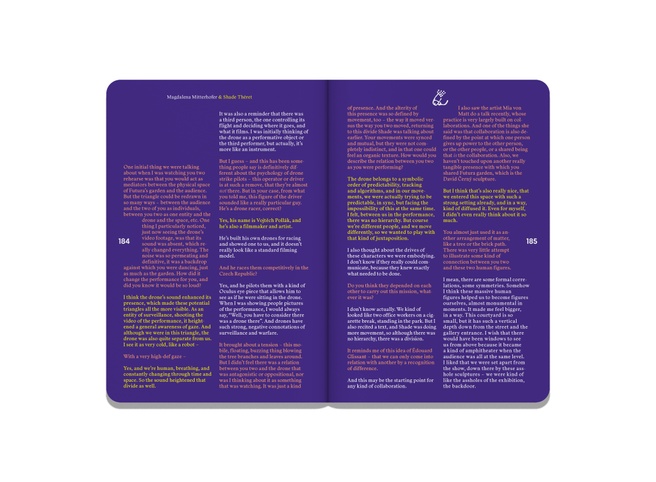