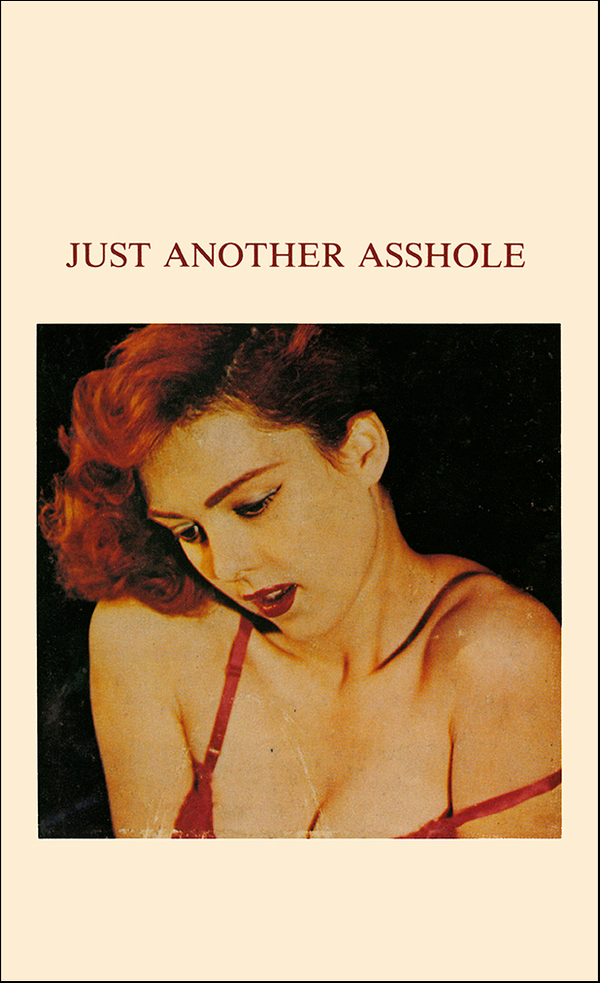 Primary Information releases their newest publication, a facsimile reprint of Just Another Asshole #6. Please join us for a launch event, featuring a reading by Ess.

Just Another Assholewas an influential and now-legendary mixed-media publication series edited by Barbara Ess from 1978 to 1987. The submission process was open and collaborative, and each issue was produced in a different format (e.g., limited-edition zine by Ess, tabloid-sized graphic arts magazine, 4 pages in an issue of Artforum, photography book, LP record album, paperback book). Several were edited with Jane Sherry or Glenn Branca.

Issue 6 of the magazine, co-edited with Branca, was published in the form of a pulp paperback book with writings by sixty-one artists from the early-80s downtown scene. It includes short stories, performance transcripts, aphorisms, plays, monologues, screenplays, and essays that offer a window into the gritty and dynamic culture of New York City before gentrification pushed the underground out of Lower Manhattan.

Barbara Ess is an artist living and working in New York City and upstate New York. She uses photography, video, and sound to make her work, which has been shown widely in the United States and Europe. She is an Associate Professor of Photography at Bard College.

Glenn Branca was a composer whose work included music for experimental rock bands, large ensemble instrumentals for electric guitars, symphonies for both electric instrumentation and acoustic orchestras, chamber ensemble pieces, an opera, a ballet, choral works, and music for film, dance, theater, and art installations. He was an early pioneer of the no wave punk scene that emerged in downtown New York in the late ’70s.