Intermedia, Fluxus and the Something Else Press: Selected Writings 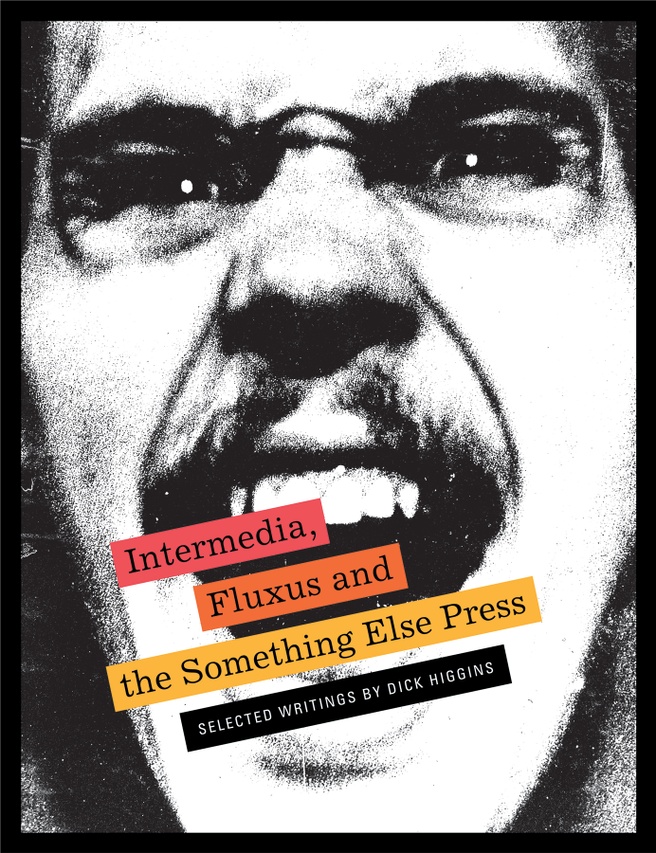 About Intermedia, Fluxus and the Something Else Press: Selected Writings

There are few art-world figures as influential—and as little known—as Dick Higgins (1938-1998), co-founder of Fluxus, “polyartist,” poet, scholar, theorist, composer, performer and, not least, the publisher of the Something Else Press. In 1965 he restored the term “intermedia” to the English language, giving it new dimension to recognize the dissolution of boundaries, the expansion of liminal spaces between traditional modes of art making, and the open field for new forms that cannot be compartmentalized. His own contributions to intermedia are many—as a participant and instigator of Happenings, as writer and composer straddling traditional and vanguard forms, among others—but it was the Something Else Press (1963-1974) that redefined how “the book” could inhabit that energized, in-between space.

Something Else Press was as much a critical statement and radical experiment as it was a collection of books by some of the most luminary artists and writers of the twentieth century: Gertrude Stein, John Cage, Ray Johnson, Dieter Roth, Bern Porter, Emmett Williams, Robert Filliou, George Brecht, among many others. Along with his Great Bear pamphlet series and the Something Else Press newsletter, Higgins exploited and subverted conventional book production and marketing strategies to get unconventional and avant-garde works into the hands of new and often unsuspecting readers.

Edited by Granary Books publisher Steve Clay and Fluxus artist Ken Friedman, this judiciously curated and indispensable compendium of essays, theoretical writings and narrative prose by Higgins dives deep into the ever-influential ideas that he explored in theory and practice. (It also includes a substantial, highly illustrated Something Else Press checklist including Higgins’ jacket and catalog copy about the books he published.) Clay and Friedman have chosen works that illuminate his voracious intellectual appetite, encyclopedic body of knowledge, and playful yet rigorous experimentation in a selection that includes many writings long out-of-print or difficult to find. 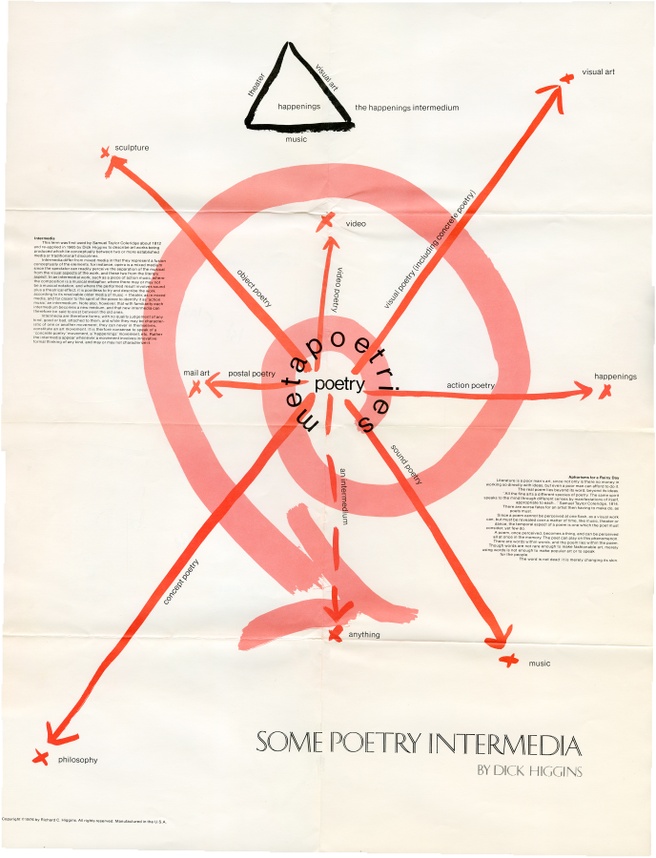 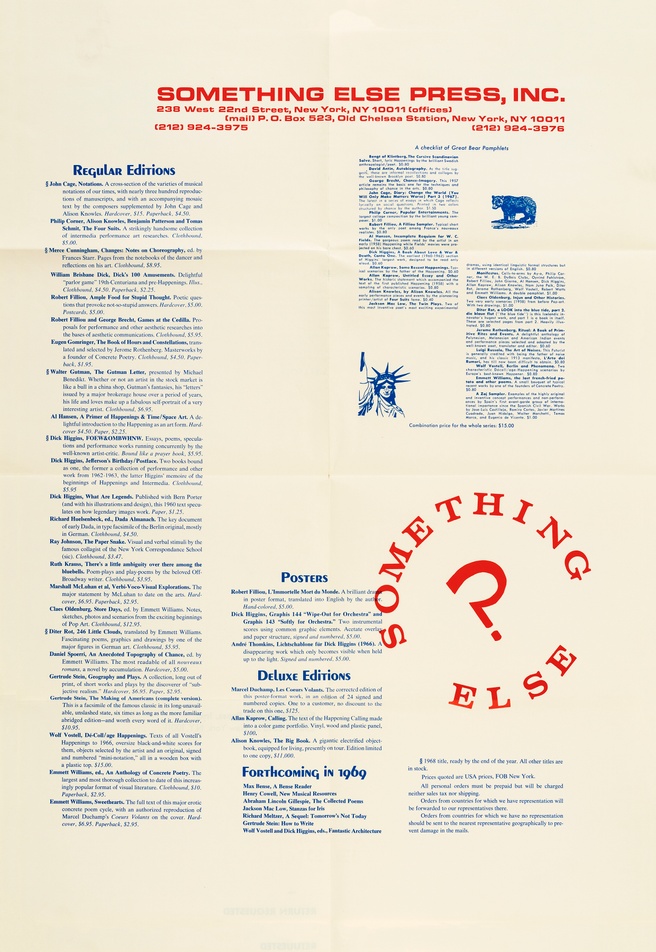 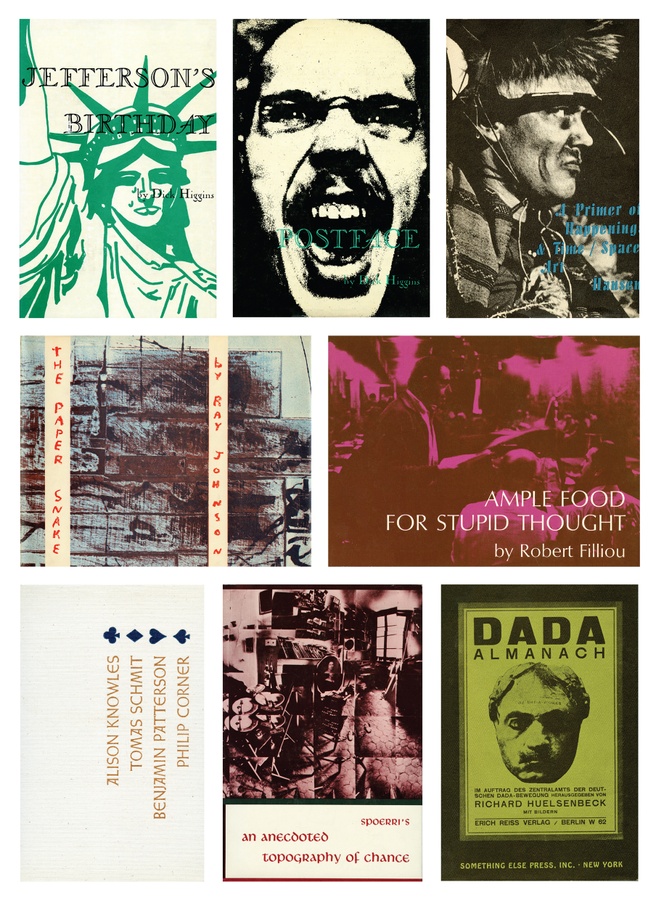 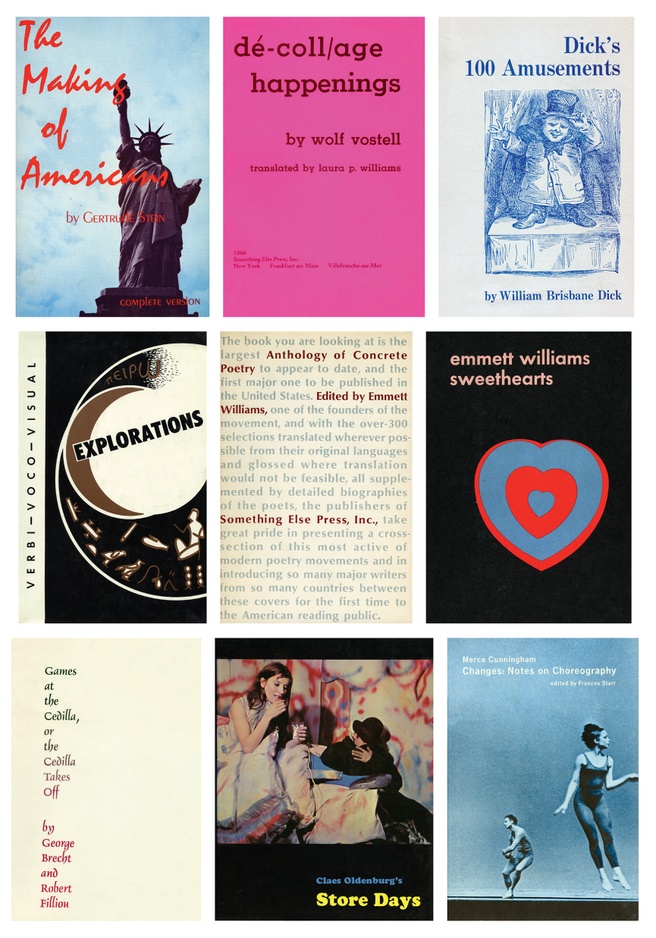 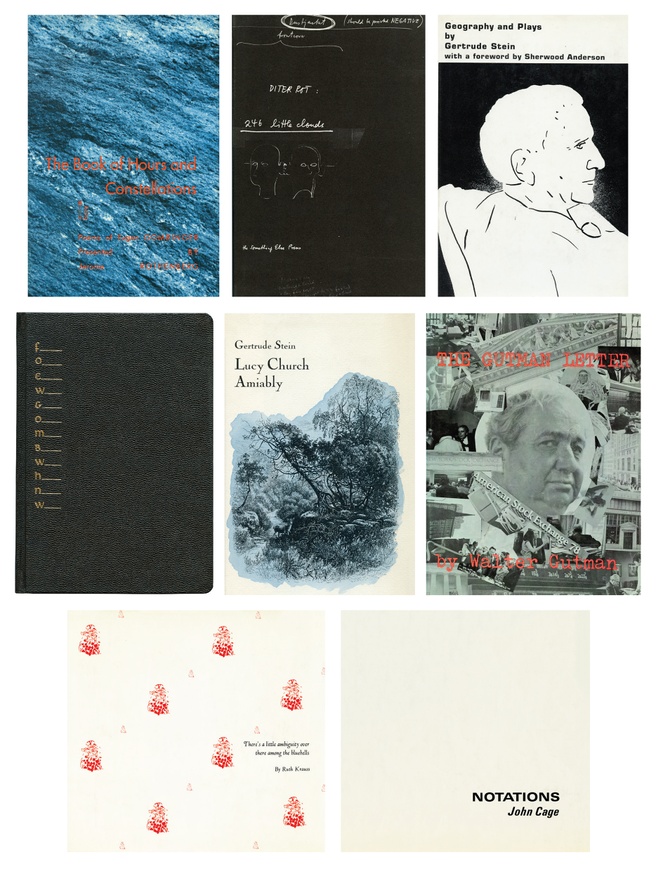 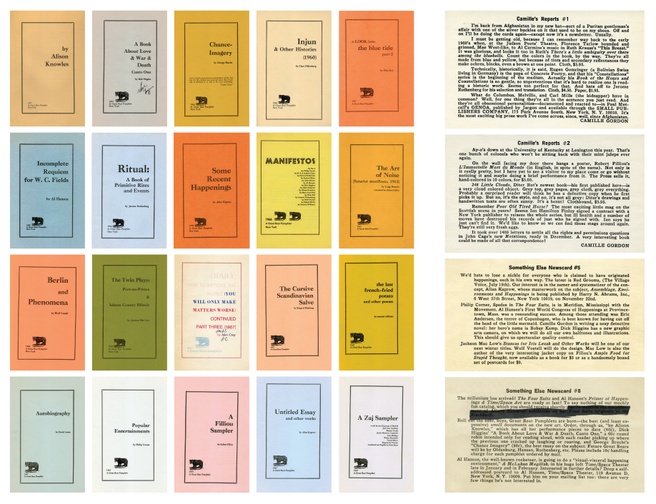 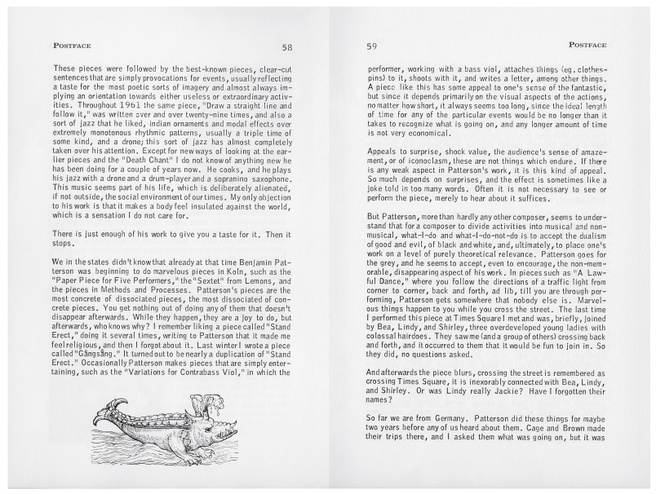 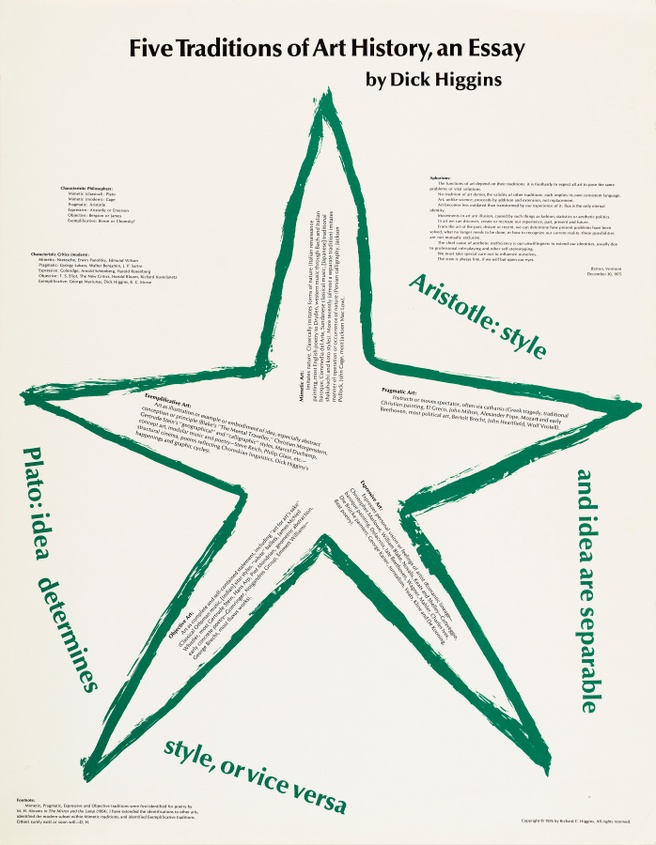