Book Launch: Ideas Have No Smell: 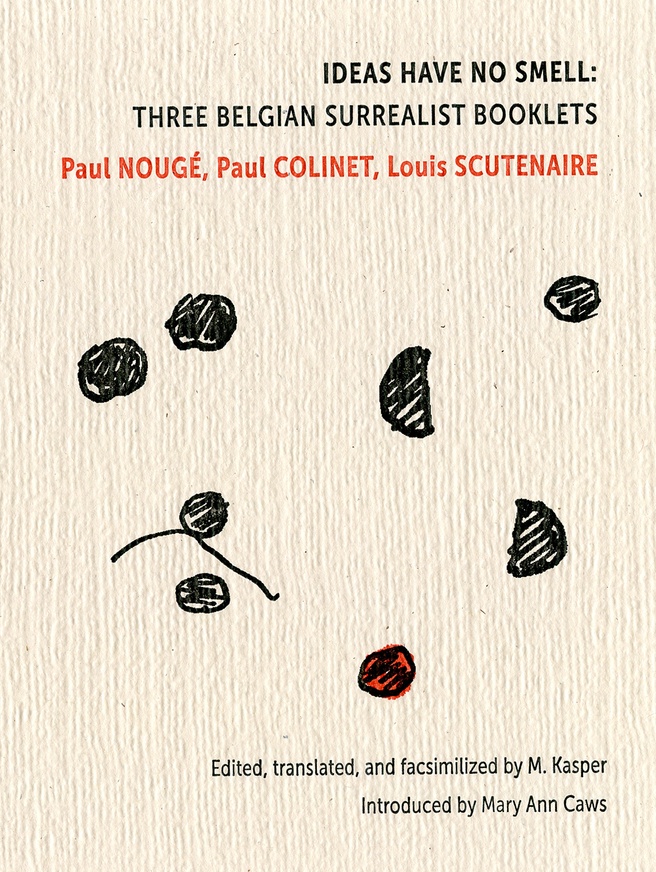 Ugly Duckling Presse releases Ideas Have No Smell, a new edition of little-known gems of the Belgian Surrealist movement. Join us for a reading by translator M. Kasper and a dada-performance of Paul Nougé’s visual poems by Georgia Faust, Dikko Faust, Tracie Morris, Michael Barron and Alexandra Tatarsky followed by a discussion with M. Kasper, Mary Ann Caws, and McKenzie Wark. Join the event on Facebook here.

The Belgian Surrealist movement, like its contemporary French cousin, included both visual artists—René Magritte most famously—and writers, who were also its theorists. They shared with the Parisians a fierce commitment to personal, political, and aesthetic liberty, and to humor, surprise, and transgression as artistic strategies, but they parted company when it came to the unconscious and the occult.

Ideas Have No Smell collects the first English-language translations of three works: Transfigured Publicity, visual texts by poet and photographer Paul Nougé (1895-1967); the whimsical, hand-drawn artist’s book, Abstractive Treatise on Obeuse by Paul Colinet (1898-1957); and For Balthazar, a collection of aphorisms and observations by the ever skeptical author, lawyer, and anarchist Louis Scutenaire (1905-1987).

In addition to the three booklets (in facsimile-style translations by M. Kasper), this special edition includes an introduction by scholar Mary Ann Caws and a poster reproduction of the 1926 handwritten panneau of Nougé’s visual poems.