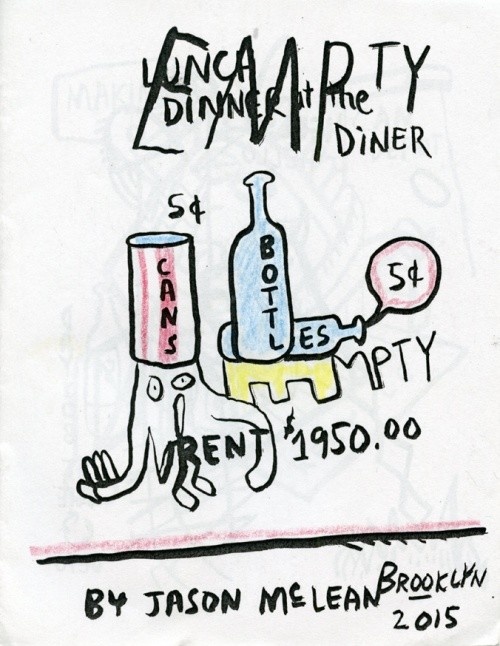 Brooklyn based Canadian artist, Jason McLean, invites you to join him as he presents and discusses his work in developing temporal ephemera and transitory collaborative projects. McLean is well recognized as an interdisciplinary artist, who has been focusing his time in Brooklyn by creating zines, micro-exhibits in display cases, and synergetic audio submission Compact Discs.

Since 1994, he has been making zines by way of memory mapping, scavenged objects and autobiographical imagery. Inspirations fueling his daily observations are relationships with local and visited environments. Samplings of his daily observations consist of near-beer, being boring, real estate in Canada, comedian homages to Richard Pryor and Mitch Hedberg, all mashed-up into antiheroic, yet poignant combinations.

Grounded in family life as Husband and Father, McLean works by using humour to touch upon challenging subject matter, such as sadness, loss, displacement, and economic hardship. Some of the projects to be discussed have been created by both Jason, and his youngest Son Henry, age 10. Cough Park Compact discs are a collaboration between JC2F Glass Capsule, Jason and Henry. Information on Cough Park can be found here.

Jason McLean was born in London, ON in 1971. After attending H.B. Beal Secondary School, McLean graduated from the Emily Carr Institute of Art and Design, Vancouver in 1997. He has exhibited nationally and internationally including shows at The National Gallery of Canada, The Vancouver Art Gallery, Fondazione Bevilacqua La Masa in Venice, Art Gallery of Nova Scotia, Loyal Gallery in Malmo Sweden, Richard Heller Gallery in Santa Monica, Franklin Parrish Gallery and Zieher Smith Gallery in New York City. He has work in major collections throughout North America including the Museum of Modern Art, Vancouver Art Gallery, Bank of Montreal Collection and the Royal Bank of Canada. McLean is represented by Michael Gibson Gallery in London, Canada and Wilding Cran Gallery in Los Angeles, CA, and Back Gallery Project in Vancouver, Canada . 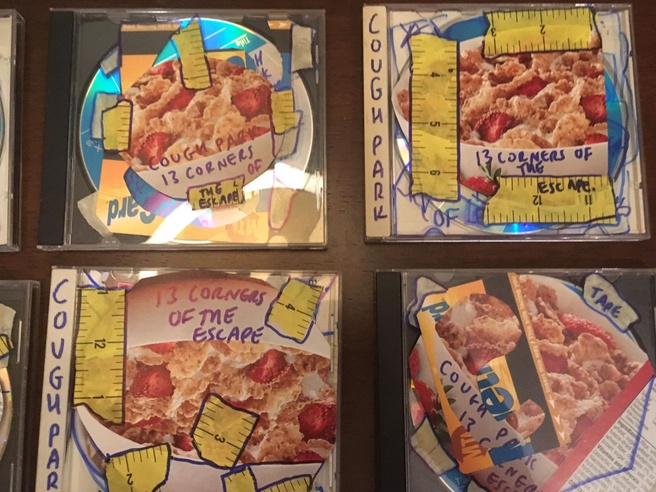 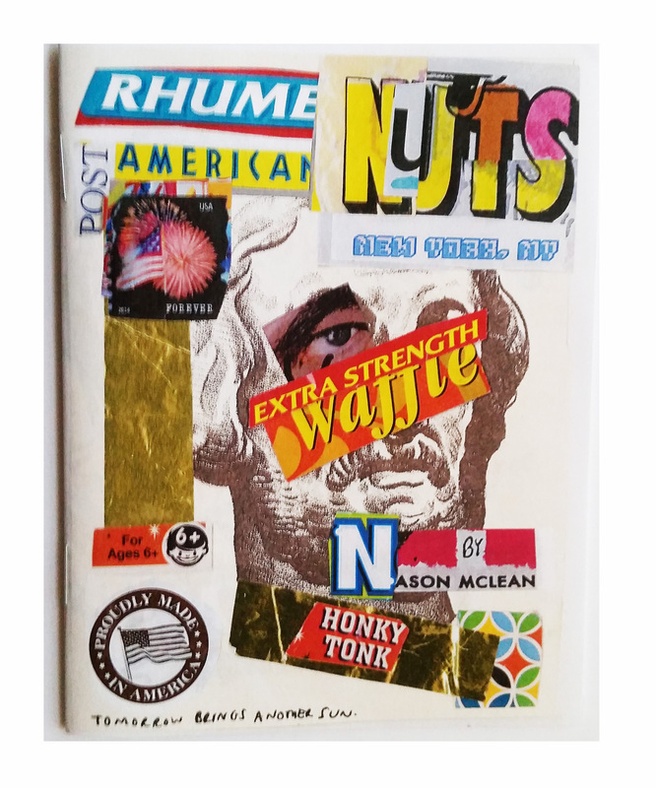 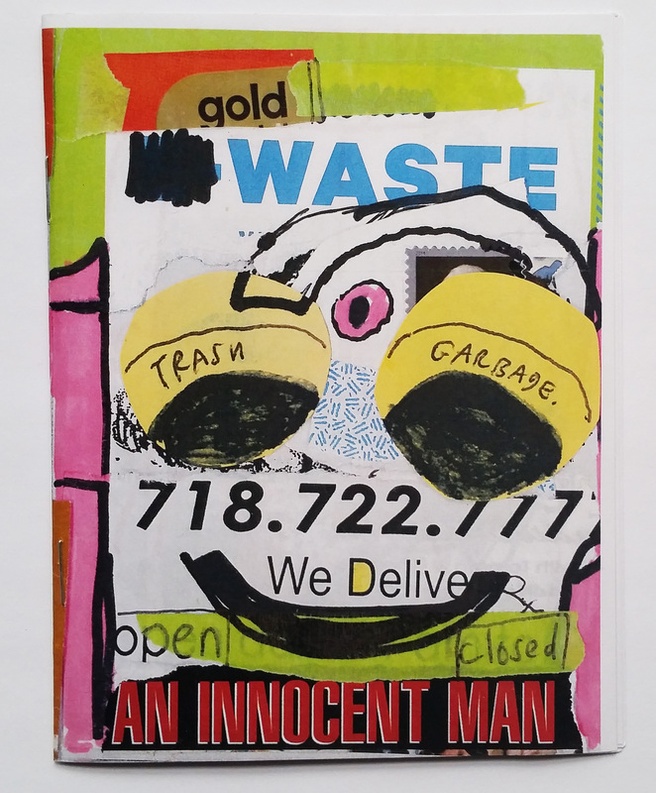