We’re participating in “Dirty Looks: On Location”:http://onlocation.dirtylooksnyc.org, a month-long series of queer interventions in New York City spaces! Nayland & AA, June 20, 2001 (Coat) will screen in the back of the shop on three monitors this Thursday, July 5th, 11 am–8 pm. Join us for a reception that evening 6-8 PM.

Across the three-channel video installation Nayland & AA, June 20, 2001 (Coat), artists Nayland Blake and AA Bronson smear chocolate, then vanilla frosting across one another’s face. The two men are shown in a long kiss, chocolate on vanilla, then vanilla on chocolate. Closely framed to show only their two faces conjoined, the work depicts an event that is highly intimate yet aware of its audience, its performative actions reflecting the delicate tension between private and public intimacy at play in relationships, and the collaboration between Blake and Bronson – friends and influential figures in the New York queer and art communities. As a metaphor for becoming – two colors becoming one, two individual artists united in collaboration – Coat speaks to literal and metaphysical merging and messiness. In this context, a kiss becomes a mirrored two-way flow of energy, a ritual, a mode of transcension. The artists knowingly invite and break down societal discomfort with interracial, non-heteronormative, or mixed-age relationships, as well as preconceived, imposed distinctions between black and white.

Nayland Blake is an artist, writer and educator who works in film, performance, drawing and sculpture, among other media. He is currently the Chair of the ICP/Bard Masters program in Advanced Photographic Studies at the International Center of Photography. He has exhibited throughout the United States and Europe. As a writer, his work has appeared in Interview, Artforum, Out, and OutLook. In 1994 he co-curated, with Lawrence Rinder, the exhibition In a Different Light, the first major museum exhibition to examine the impact of queer artists on contemporary art. He lives in Brooklyn, New York.

AA Bronson’s work—as an artist, curator, and educator—is dominated by the practice of collaboration and consensus. From his beginnings in a free school and commune, through his 25 years as one of the artists of General Idea, in his deep involvement with founding and developing collaborative and social structures such as FILE Megazine, Art Metropole, the NY Art Book Fair, AA Bronson’s School for Young Shamans, and the Institute for Art, Religion and Social Justice—and through his current collaborations with younger generations—he has focused on the politics of decision-making and on living life radically as social sculpture. He lives and works with his husband, the architect Mark Jan Krayenhoff van de Leur, in New York City and Fire Island Pines.

About Dirty Looks: On Location:

Dirty Looks: On Location is a month-long series of queer interventions in New York City spaces. Over the course of July, artist film and video will appear in these queer social spaces and former sites of queer sociality (like shuttered bars, bathhouses and former meeting zones). A new piece, a different setting on each night of July. The summer in New York is hot, sticky and social. Installing moving image works around the city in bars, centers and “haunted” venues allows for the free flow of viewers to engage and celebrate with work, in evening events that commemorate contemporary moving-image production and its precedents in queer culture. 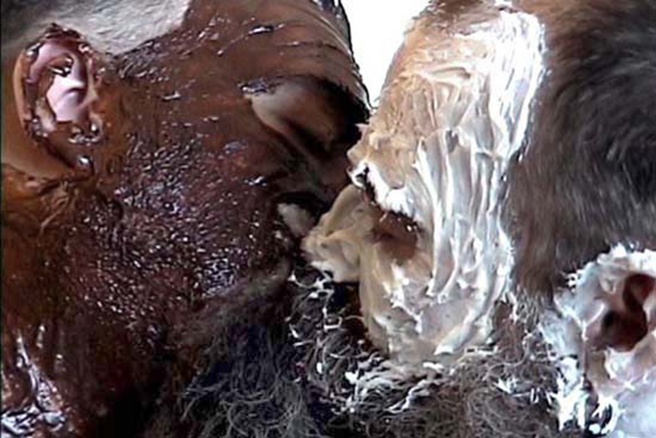 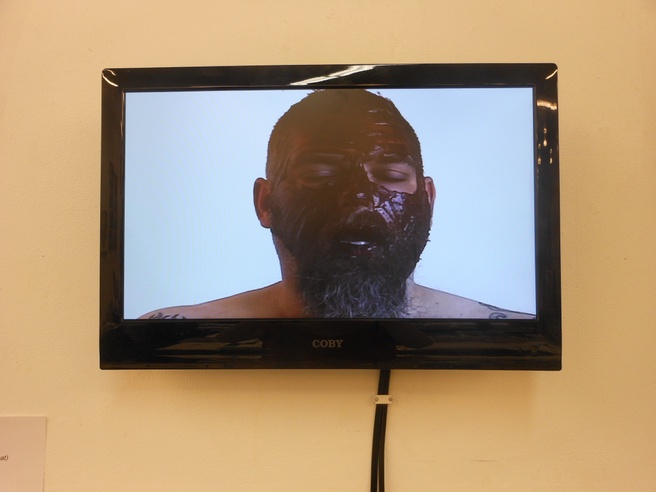 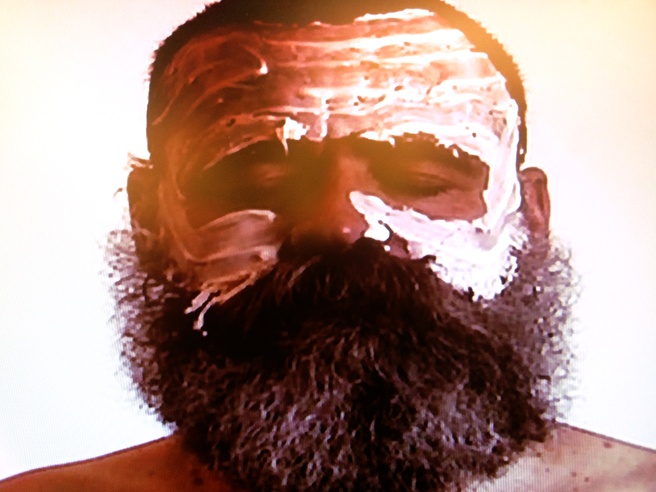