Please join us for a book signing event with Jenny Holzer, April 28, 5:00 – 7:00 PM, on occasion of ‘Belligerent’, newly published by Ivorypress as part of their LiberArs series. The publication contains six redacted U.S. government documents that unfold into posters — each page taken from investigations of abuse in military prisons, including handprints gathered during multiple inquiries. The documents are accompanied by an essay by Joshua Craze, who writes: “There is a double violence in the redacted documents that Holzer paints: the violence done to the detainees, meted out in secret, and the violence done to the truth, visible in the redactions of the documents. The truth does not simply disappear, but appears as an absence.”

Coinciding with the Signing event, Printed Matter also presents an exhibition of works by Holzer, on view through May 2nd. For more than forty years Holzer has presented her astringent ideas, arguments, and sorrows in public places and international exhibitions, including 7 World Trade Center, the Venice Biennale, the Guggenheim Museums in New York and Bilbao, and the Whitney Museum of American Art.

Following the events of 9/11 and during the Bush-era War on Terror, Holzer began incorporating declassified government documents, made public by the Freedom of Information Act, into her repertoire of text-based work. After faithfully reproducing the content and graphic likeness of revealing, then heavily censored US state and military papers, Holzer offers saturated fields of color and gestural markings, inviting viewers to consider the absence of information blocked by redaction. A suite of six aquatint etchings, Conclusion (2016), appropriates pages from two declassified FBI reports: “Threat Assessment of Pro-Khomeini Shiite Activities in the United States,” dated February 24, 1984, details terrorist threats from Iran and Iranian-linked institutions in the United States, and “The Terrorist Threat to the US Homeland: An FBI Assessment,” dated April 15, 2004, provides an overview of foreign and domestic terrorist threats ranging from Sunni extremist groups to white supremacists. Intelligence Community (2017 – 18) uses a 2004 internal FBI report on the virtues of the USA Patriot Act, rendering the vernacular of the original document in graphite and watercolor. The works investigate the look of censorship, and engage with the material and idea of erasure.

An array of T-shirts, postcards, and stickers arranged in the vitrines feature texts written by Holzer, taken from her Truisms (1977 – 79) and Survival (1983 – 85) series. Holzer has used ephemera to deliver content to the public since the 1970s, when she wheat-pasted posters of her Truisms and Inflammatory Essays (1979 – 82) around Lower Manhattan. Her medium, whether formulated as a T-shirt, a plaque, or an LED sign, is writing, and the public presentation is important to her practice.

See here for a selection of available material, or please write to news@printedmatter.org for a full checklist. 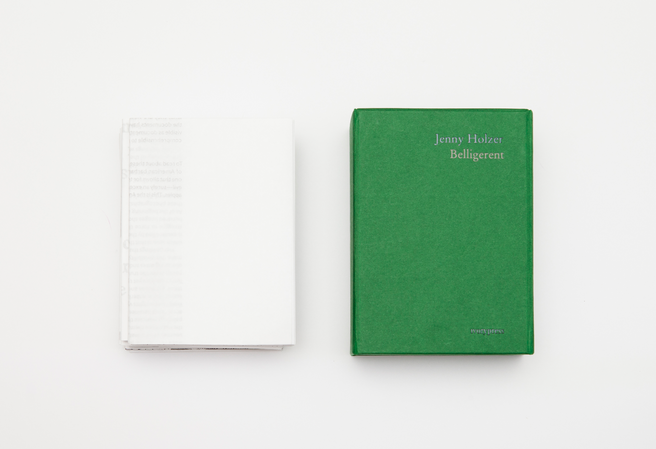 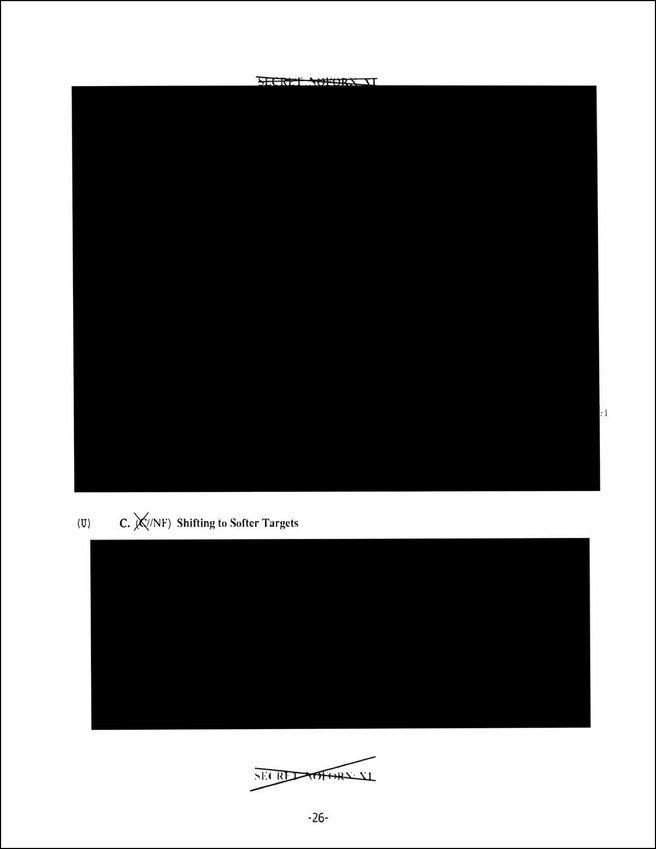 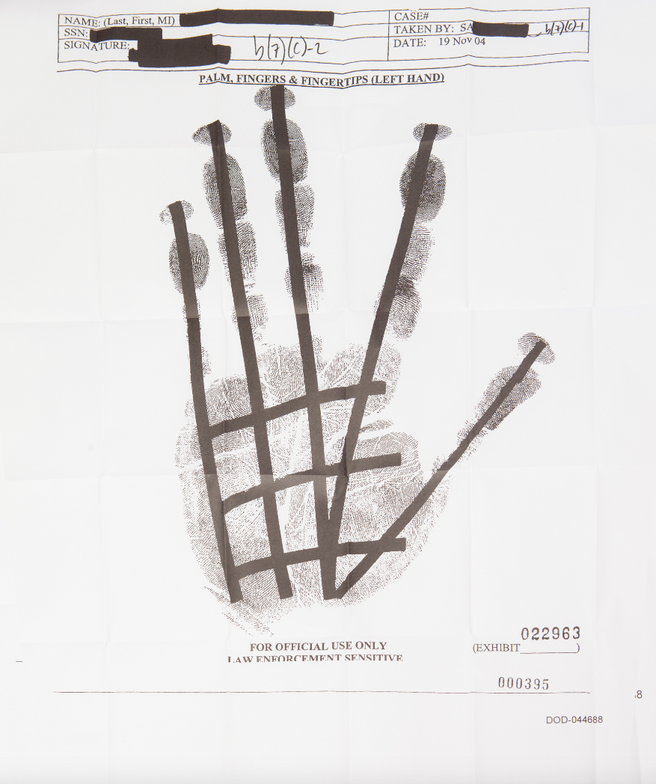 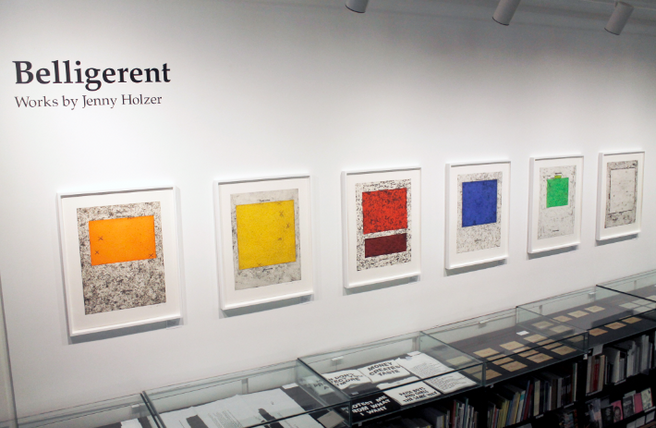