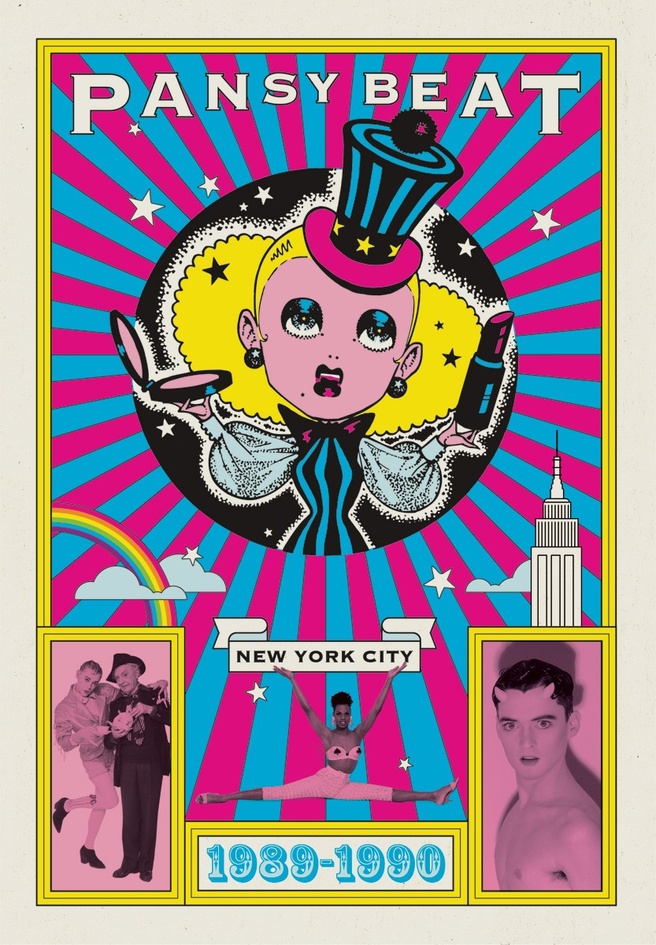 Please join us for a Pansy Beat video presentation premiere featuring Maxxx Pleasure and Billy Beyond.

Pansy Beat was a short-lived fanzine published by Michael Economy in New York from 1989 to 1990, totaling five quarterly issues. Each issue’s 50-some black-and-white pages documented the exuberant downtown gay and drag club scene of that era and included one free condom. The zine offered a glimpse into an exhilarating alternative universe during the darkest years of the AIDS crisis.

This book celebrates Pansy Beat’s brief but influential life, including a reprinting of all five issues in their original format, previously unseen photographs by staff photographer Michael Fazakerley, new full-color artwork by some of the original contributors, plus new essays and interviews. Book design by Jan Wandrag. 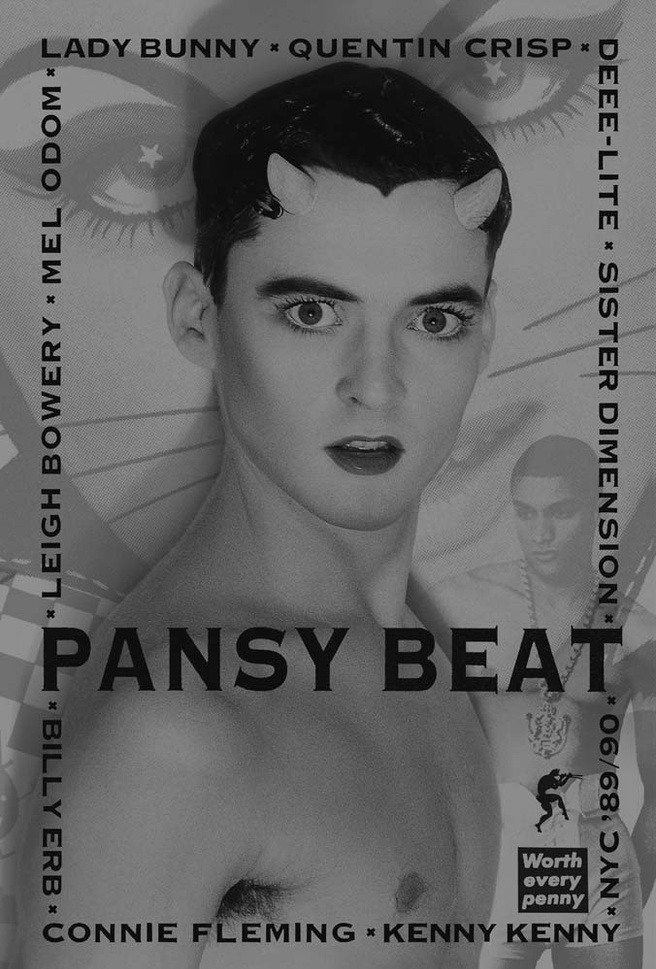 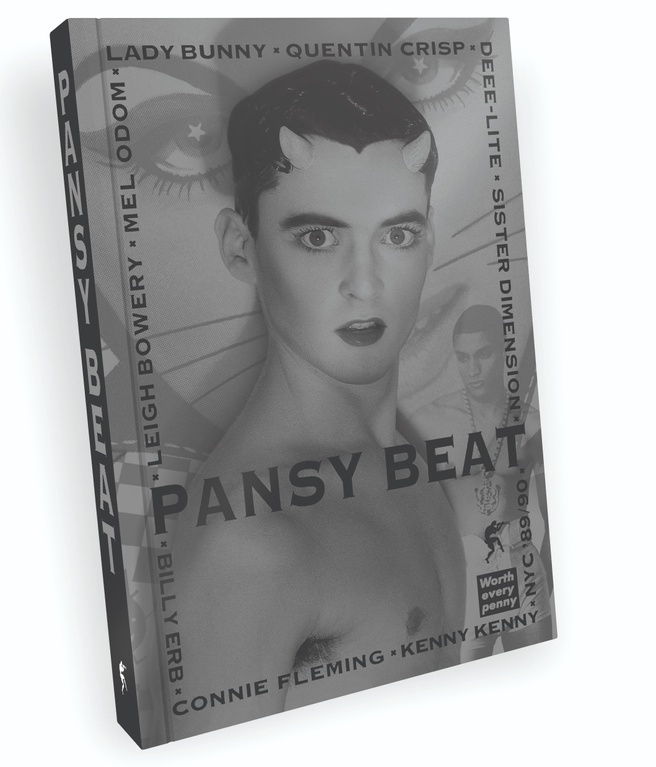