Printed Matter presents Imprint 93, an archive exhibition focused on the 90s collaborative mail art project conceived and carried out by Matthew Higgs. Originating at the Whitechapel Gallery in 2016, this presentation marks the first US showing of the project in its entirety, including many rarely-seen works and related ephemera. Please join us for an opening reception at Printed Matter on Friday, January 19, 6-8PM.

On occasion of the exhibition, we’re pleased to present new photocopy editions by Jeremy Deller, Peter Doig, and Martin Creed (signed and numbered, edition of 50 each), as as well as a second printing of Elizabeth Peyton’s ‘Untitled’ Imprint contribution, a french-fold zine featuring video stills of Kurt Cobain performing in 1993. More details forthcoming – please email news@printedmatter.org.

Between 1993 and 1998, Matthew Higgs, artist, writer and current Director of White Columns, produced and distributed more than fifty works through his publishing project Imprint 93. An administrator at an advertising agency by day and influential curator by night, Higgs invited artists to create works of art that could fit inside an envelope to be distributed, unsolicited, by mail to an informal group of friends, artists, and curators. Financed by himself and printed on an office photocopier, Imprint 93 served as an ongoing curatorial project which did not necessitate a space, circumvented traditional art world structures, and offered a unique platform and network for artists to distribute their work.

The artists involved in Imprint 93 were often at the beginnings of their careers, working on the periphery of the then emerging ‘YBA’ movement. The exhibition features the work of Fiona Banner, Billy Childish, Martin Creed, Jeremy Deller, Peter Doig, Ceal Floyer, Stewart Home, Alan Kane, Hilary Lloyd, Paul Noble, Chris Ofili, Elizabeth Peyton, Bob and Roberta Smith, Jessica Voorsanger and Stephen Willats, among others. Imprint 93 was also closely linked to influential and emerging artist-centered initiatives such as London’s City Racing and Cabinet Gallery.

Highlights from Imprint 93 include Elizabeth Peyton’s Untitled (1995), made from a sequence of video-stills of Nirvana’s Kurt Cobain performing in 1993, and Martin Creed’s Work no. 88 (1994), a crumpled ball of A4 paper that Higgs and Creed sent to the Tate Gallery but was returned to them, flattened inside an envelope, ‘rejected’ as an unsolicited donation.

Bringing together this rarely-seen collection of Imprint 93 editions in its entirety, the exhibition offers unique insight into a significant period in the development of the British art scene of the 1990s, and beyond.

This exhibition is co-organized by Whitechapel Gallery, London, and curated by Nayia Yiakoumaki with Matthew Higgs. 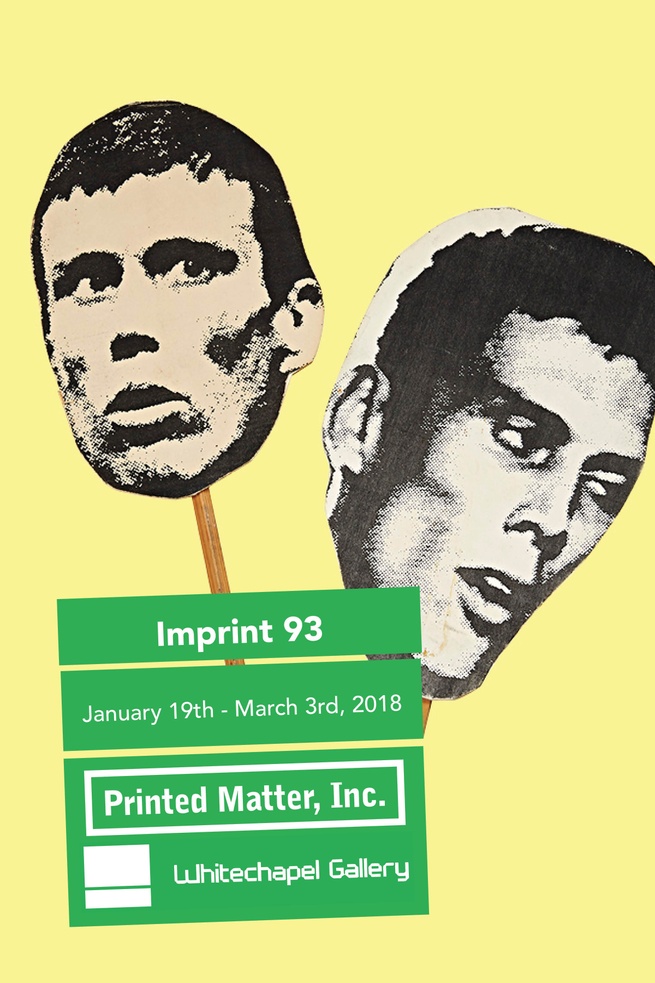 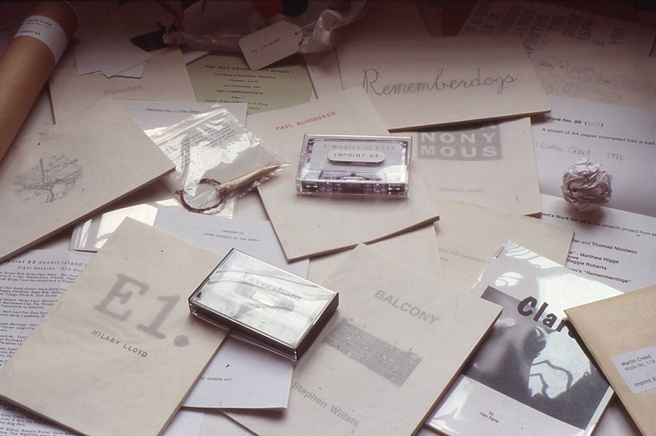