in the proper direction: forward/also the ache of (perceived) velocity

Printed Matter is pleased to present in the proper direction: forward/also the ache of (perceived) velocity, a new installation by artist, educator and writer Kameelah Janan Rasheed. Staged in the Project Room, Rasheed has developed a series of enlarged xerox abstractions and poetic gestures. Created primarily through Oulipian techniques combined with free writing, autocorrect algorithms and Rasheed’s preexisting writing, the installation explores the potential of non-narrative in the context of artists’ publishing. The exhibition will open with a public reception on Saturday, October 14, 5-7pm.

For in the proper direction, Rasheed has created an immersive environment of abstractions and text fragments. The installation, dispersed across vitrines and wallspace, looks to the xerox machine as a way to explore notions of reproducibility, readability, expectation, and scalable form. The overlapping elements that comprise the installation – archival inkjet prints, vinyl lettering, acetate scrolls and black wall paint – began as photocopies that were created through a series of performance scores before being translated onto a new substrate.

On view as part of the exhibition, Rasheed has produced a series of new broadsheets, each featuring a short poetic text. Pieces of Rasheed’s existing writing are filtered through the Oulipian ‘N+7’ constraint, where each noun is replaced with another that follows in the dictionary. The works are then combined with saved autocorrected phrases from Rasheed’s text messages, or spliced with elements of her free writing. in the proper direction is interested in systems of language-making and of permutation, exploring how texts, like material arts, can be taken up as tactile things and bent to reveal parallel or buried strains of meanings.

With the help of a numerous reference texts, such as collocation dictionaries and online abridged dictionaries, Rasheed’s poems also consider the act of ‘misreading’ and the obtuse pairing of words/phrases as a productive tactic to challenge our concepts of predictability and progress. Like a stutter or glitch, the works can reorient the directionality of reading and destabilize our steady momentum toward an immaculate resolution. The assumptions we hold about how a sentence may play out presents the opportunity for the covert interjection of parallel, non-narrative systems.

On occasion of in the proper direction: forward/also the ache of (perceived) velocity, Rasheed releases a new B&W zine with Printed Matter, produced in an edition of 50.

Printed Matter will publish a new artists’ book by Rasheed in 2018. 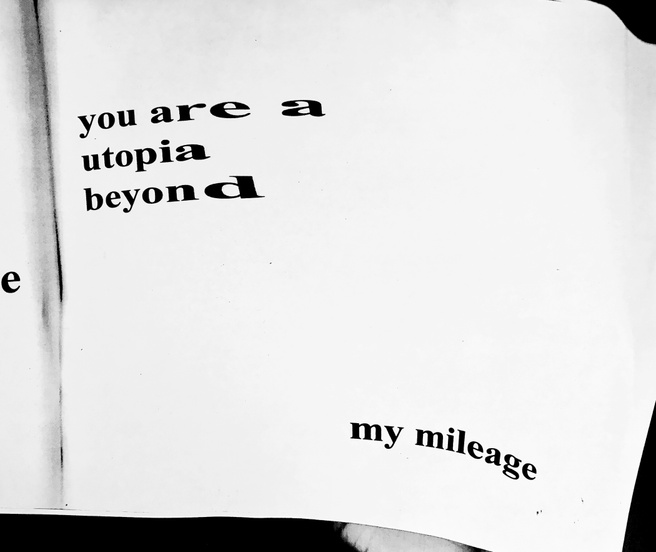 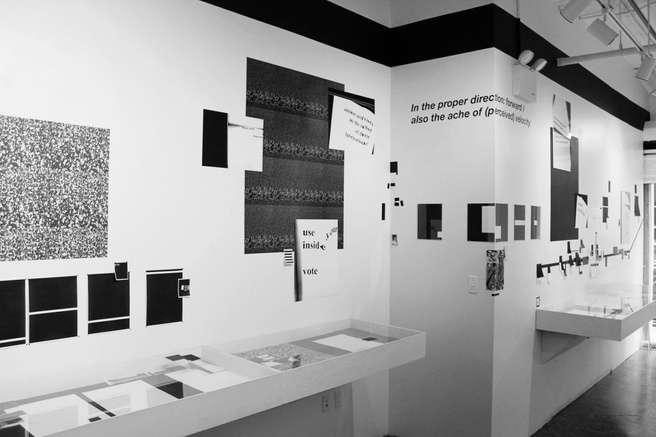 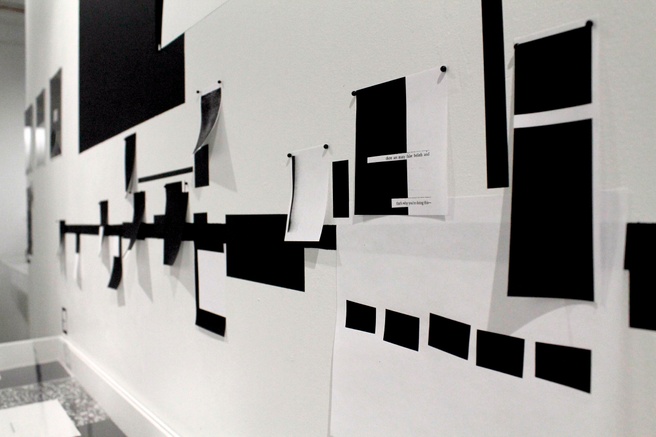 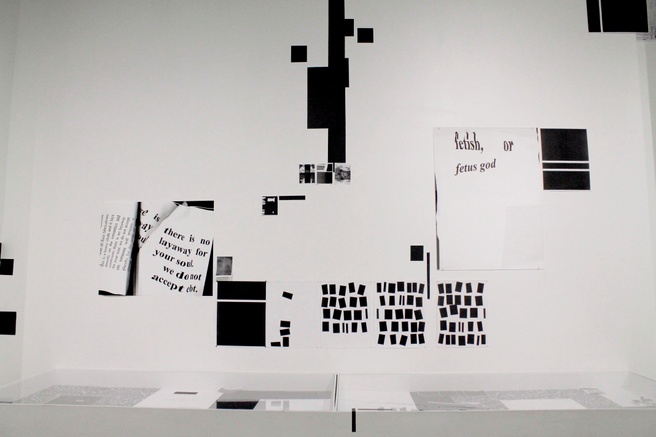 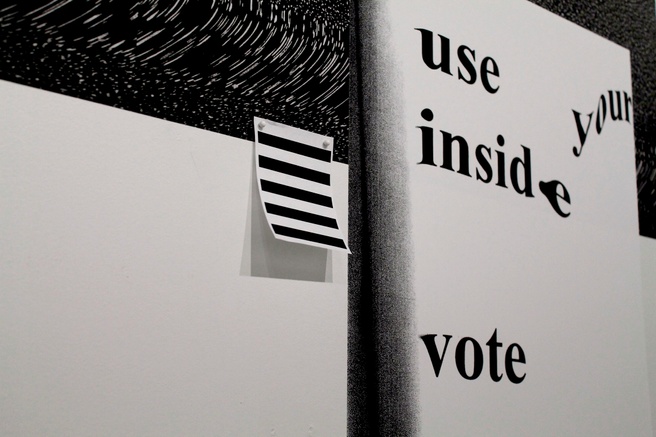 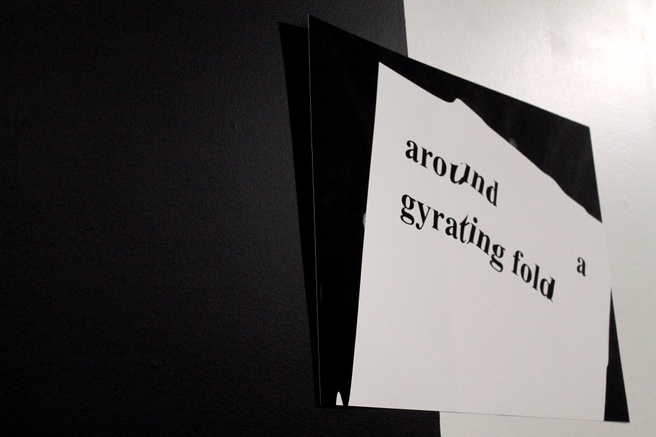 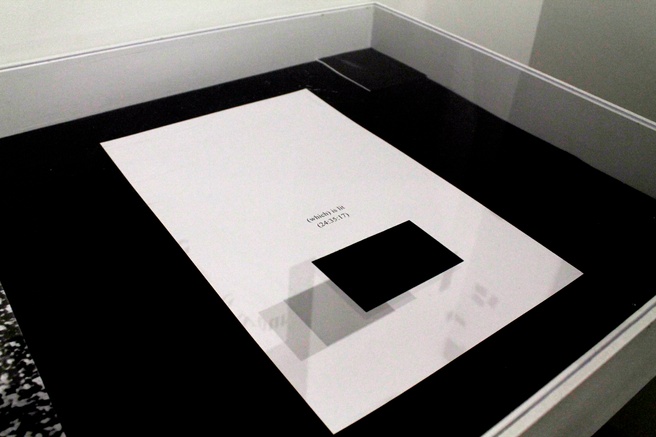 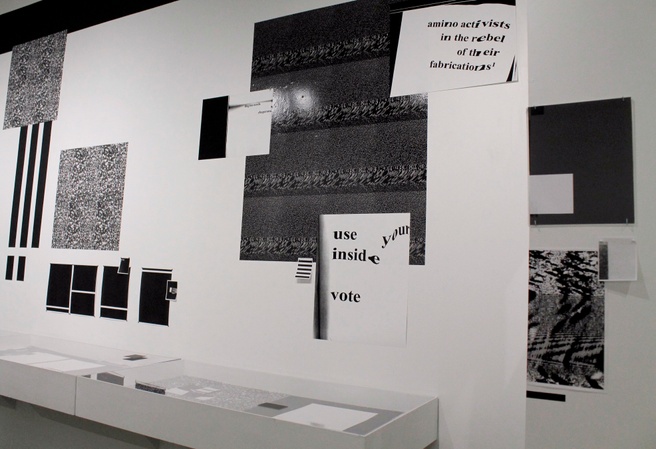 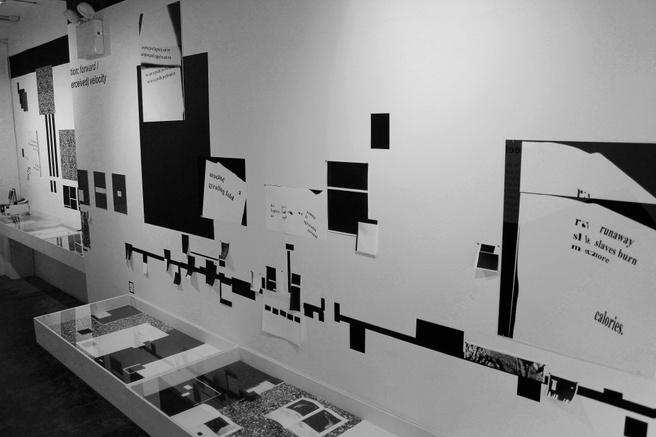