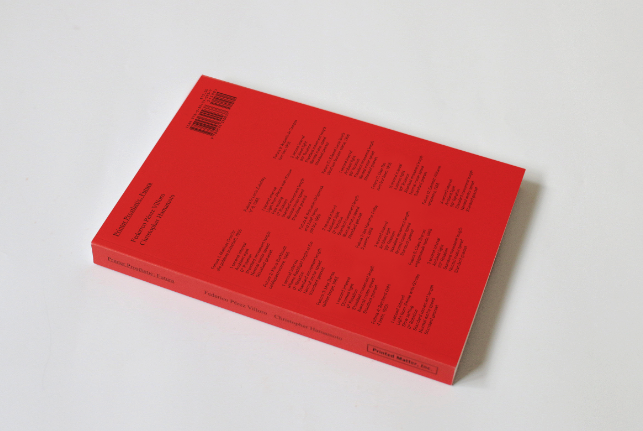 Printed Matter is pleased to release a new publication, Printer Prosthetic: Futura, by Federico Pérez Villoro and Christopher Hamamoto. The work was selected to be published as part of the Emerging Artists Publication Series in 2017.

The book will launch with a discussion at the NY Art Book Fair, Saturday, September 23, 5–6PM (The Classroom, MoMA Ps1), with artists Pérez Villoro and Hamamoto joined by curator and art historian Roxana Fabius. The conversation will consider the work as it relates to Concrete Poetry, the elasticity of words in print, and how techniques of reproduction shape meaning. Join the event on Facebook here.

Printer Prosthetic: Futura is conceived as an “experimental reprint” of artist, publisher, and printer Hansjörg Mayer’s seminal Futura (1965–1968), a series of twenty-six artworks each published as a folded, single-page pamphlet. Using this collection of Concrete and Fluxus works as a starting point, Printer Prosthetic: Futura re-interprets the poems by means of mechanical mediation, outputting the originals through a set of controlled and chance operations.

The artists worked with industrial designer Siyao Zhu, producing a custom 3D-printed “prosthetic” device which allowed them to manipulate the encoder strip of a desktop printer. The individual poems of the Futura pamphlets were run through a HP DeskJet 1112 while the artists interfered with the rhythm of the printhead by adjusting the track on which it moves. Via programmed sequences made using Arduino, an open-source electronic prototyping platform, a physical arm would work in conjunction with the printer to generate the printed works. The resulting work is a set of new, altered text pieces that are conceptually distinct from the original while still bearing a formal similarity.

The project presents a number of interesting considerations, providing a meditation on the nature of Concrete Poetry and exploring the ability of language to deliver meaning at the boundaries of intentionality when text is pushed over into object or image, where does that transferal of meaning take place as one level of abstraction is compounded into another.

The publication is produced in two parts. The first section is comprised of an instructional manual for both recreating the prosthetic and modding a desktop printer, and indexes the parameters of the re-printing process. An essay by Roxana Fabius offers a history of Mayer’s series and positions this new project in relationship to that work. The second part includes the outcomes of the reprinting process.

Printer Prosthetic: Futura is 240 pages, perfect bound in signatures on two paper stocks, and is printed in black & white with a Pantone/CMYK cover. The book is printed in an edition of 1000 copies, and retails for $15.00. (Copies will ship after 9/20). For wholesale inquiries please contact sales@printedmatter.org.

Printed Matter’s Emerging Artists Publication Series is generously supported by the Jerome Foundation and the Andy Warhol Foundation for the Visual Arts.

Federico Pérez Villoro (b. Mexico, 1987) is an artist, designer, and educator based in Brooklyn, NY. Interested in the sociopolitical implications of digital infrastructures and networked flows of information, his work focuses on the relationship between language and human behavior. He currently teaches at Rhode Island School of Design.

Christopher Hamamoto (b. USA, 1984) is a designer, and educator. He is an assistant professor at California College of the Arts, and maintains an independent graphic design practice. He is interested in how automation and algorithms affect social relationships and aesthetics. 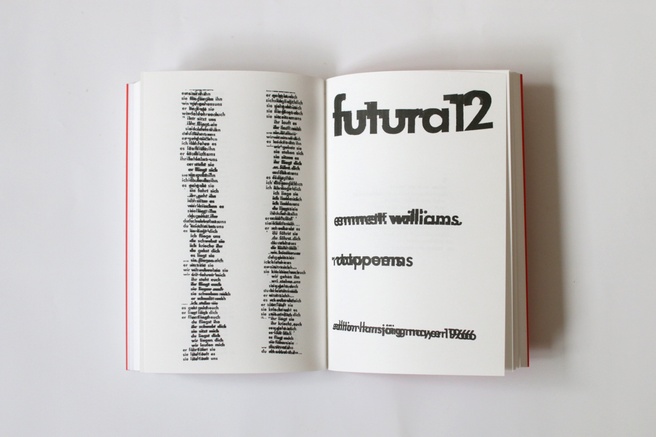 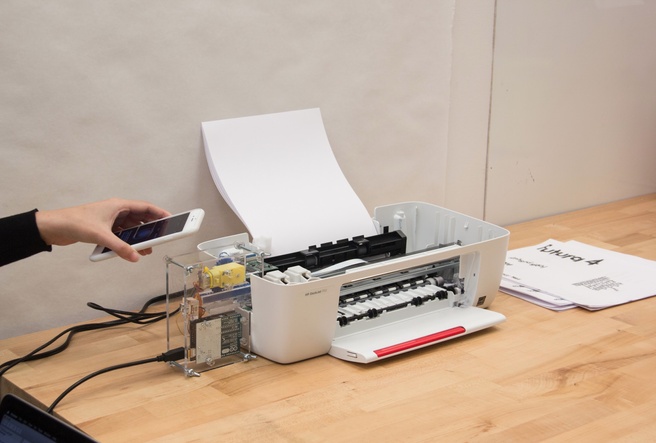