On view in the Printed Matter project room is an installation of Jenny Holzer’s Inflammatory Essays, created by the artist between 1979 and 1982. The poster series expands on her interest in conceptual language-based work engaged in a politics of discourse – short, plainly-spoken text statements which offer sharp political and social critique. Like her billboard works, LEDs and text installations, the posters were conceived as a dispersive project meant to engage a broad audience in a public setting, and starting in 1979 Holzer wheatpasted these essays throughout the streets of New York and beyond.

Realized across a set of colorful square-format posters, each work is shaped into a text block containing 100 words broken over 20 lines. The declarative statements – always written in capital letters and italicized – are constructed by Holzer from collapsed re-workings of found texts. Their acrimonious tone is urgent and unrelenting on the fears and anxieties of the era, often articulating the abuses and overreach of state power as it is written onto the self and experienced as personal violence. Part incitation and part redress, Inflammatory Essays are a counter-statement to the disquieting climate of Ronald Reagan’s first term. They feel as relevant as ever in our present day.

On view on Printed Matter’s back wall is a selection of printed sheets (1990 - 1993) by artist Felix Gonzalez-Torres. The commercially printed, oversized sheets were originally exhibited in large squared-off stacks placed directly on the floors of galleries, museums and other art institutions. Often produced as open or “endless” editions, the sheets were intended to be taken away by the public, operating as unfixed objects that moved across the boundaries of sculpture, installation and printed publication. Gonzalez-Torres saw the works to encompass the distributive network they enacted, and the broad circulation of these posters initiated an ongoing collaboration between the artist and public. The artist was also interested in their potential to accrue completely new and different meanings over time and through the interpretations of new audiences.

The sheets on display here are minimalist and black & white - a mix of understated text situated in an expansive white space and contemplative photographic pieces. The conceptual practice returns to a meditation on the fragility of a body, on death and diminishment, with an emotional dimension that is often heartrending. Although the meaning of each of the paper stacks are not determined by any aspect of the artist’s personal life or experience, that is certainly one way to understand them. Following the traumatic experience of watching his longtime partner Ross Laycock die from AIDS-related illness, Gonzalez-Torres’ sheets were often inflected by an ongoing effort to “rehearse [his] fears”, and find a form for speaking about mourning, depletion and renewal. The politics of other sheets are more directly stated. In the case of “Untitled” (Death by Gun) Gonzales-Torres presents a grid of thumbnail images showing the faces of nearly 500 people killed by guns in the US within a single week, each portrait accompanied by a note about the incident, alongside the name and age of each victim. Also on view is Untitled (‘The End’), Untitled (Somewhere/Nowhere Better Than This) and others.

Gonzalez-Torres sheets are presented from the collection of Beth Martha Eddey. Works are not for sale. 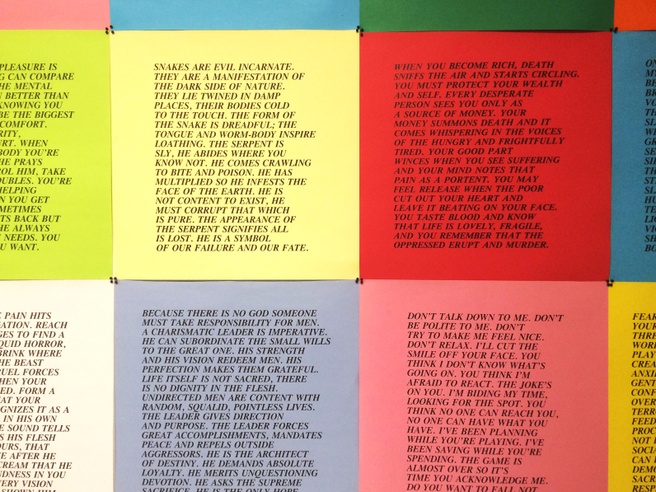 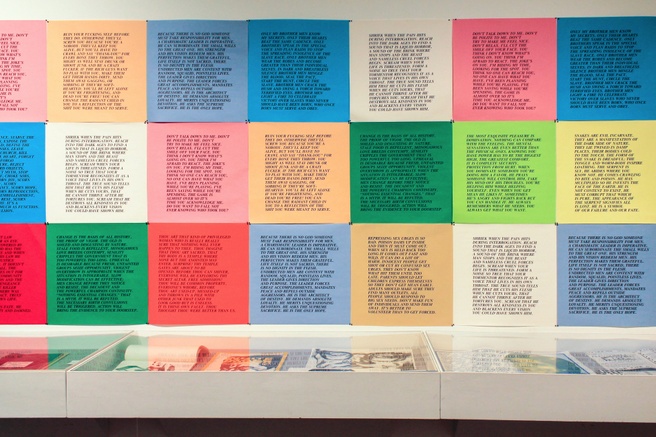 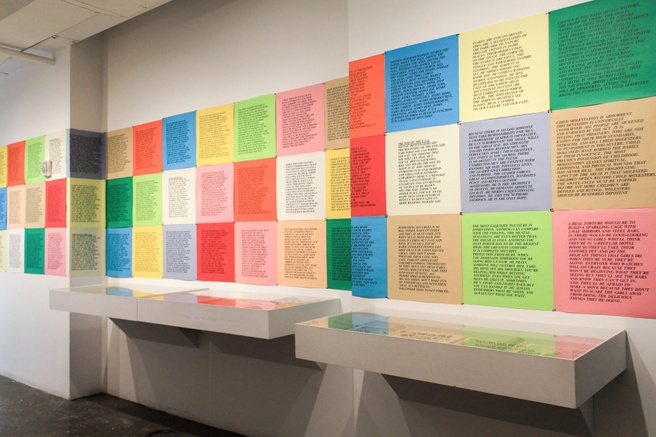 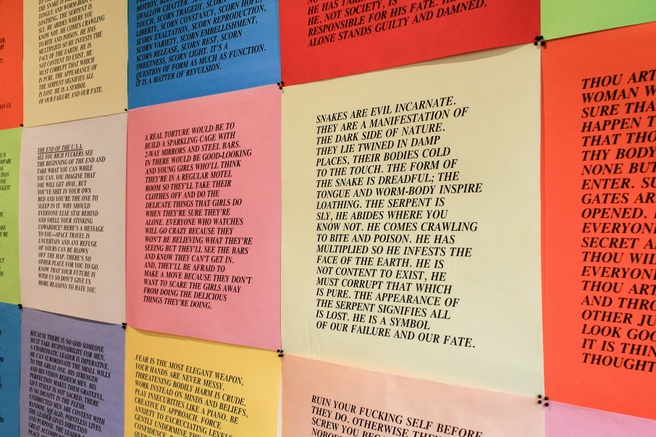 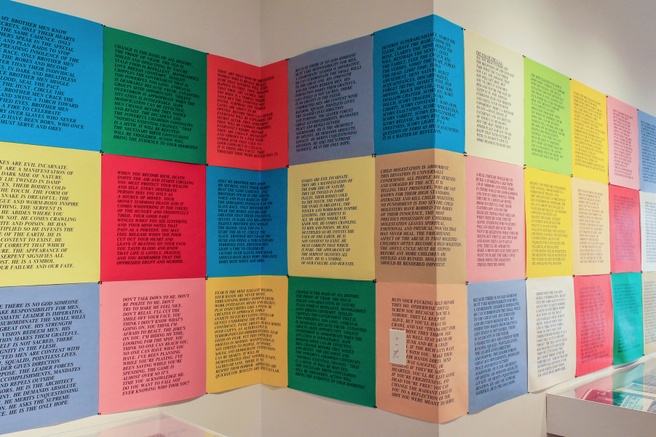 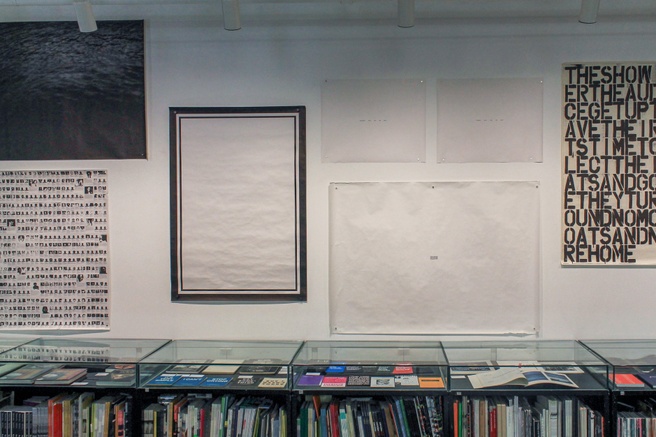 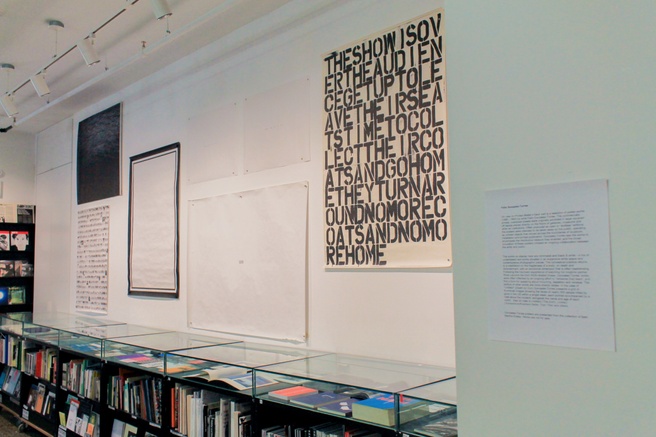 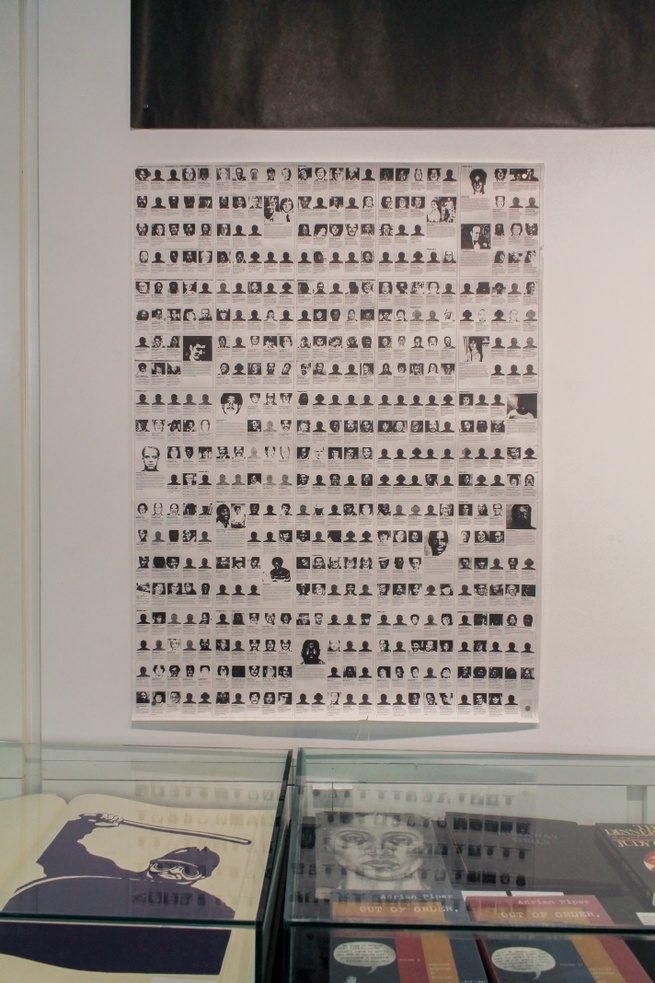