POLITICS NEITHER BEGINS NOR ENDS WITH ELECTIONS

A Window Installation by the Justseeds Artists Cooperative
6-8PM 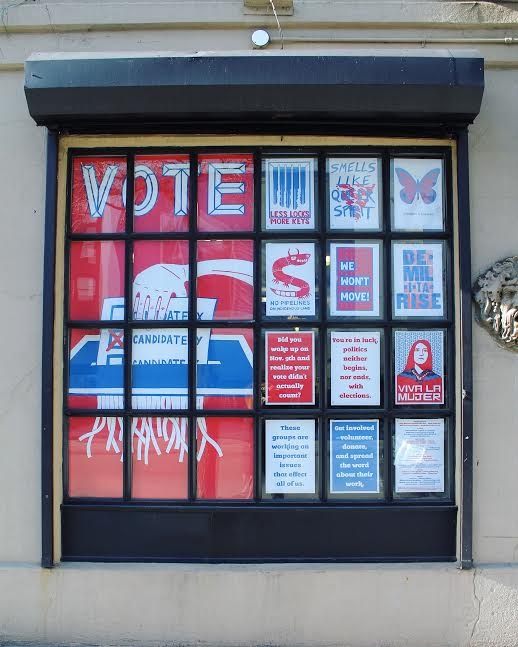 In Politics Neither Begins Nor Ends with Elections, the Justseeds Artists Cooperative responds to the recent election with a window installation which boldly highlights the reality of electoral politics in the United States while pointing to all of the other places people can and should invest their energies in order to work towards making a better New York and US.

“Founded in 1998, and originally the graphics distribution project of Josh MacPhee, Justseeds made the transformation into a worker-owned cooperative in 2007 – the original network being largely in place through past collaborations and friendships.

With members working from the U.S., Canada, and Mexico, Justseeds operates both as a unified collaboration of similarly minded printmakers and as a loose collection of creative individuals with unique viewpoints and working methods. We believe in the transformative power of personal expression in concert with collective action. To this end, we produce collective portfolios, contribute graphics to grassroots struggles for justice, work collaboratively both in- and outside the co-op, build large sculptural installations in galleries, and wheatpaste on the streets—all while offering each other daily support as allies and friends”. – From the Justseeds website. 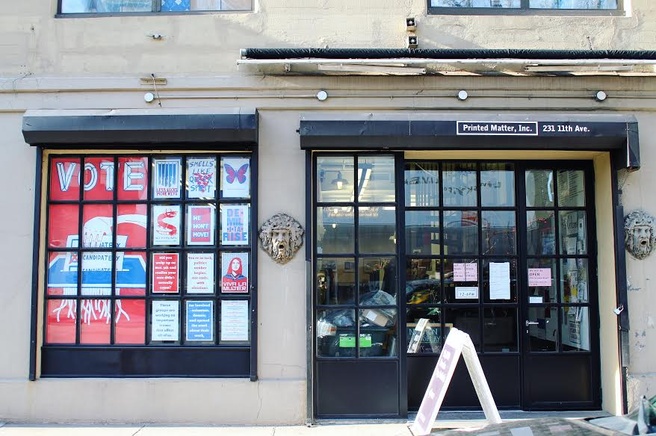 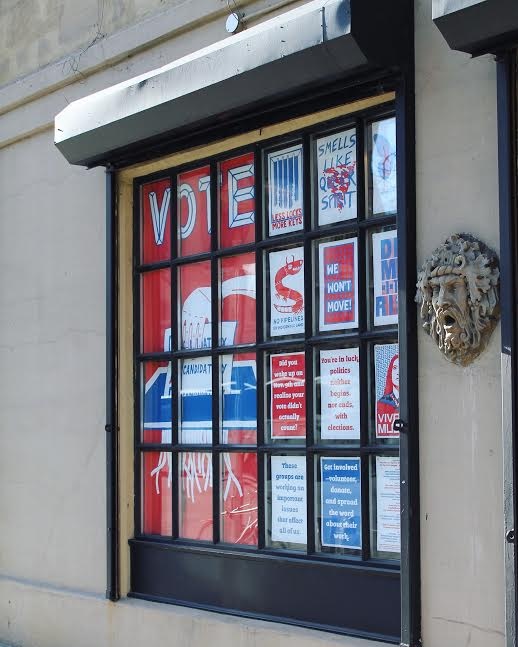 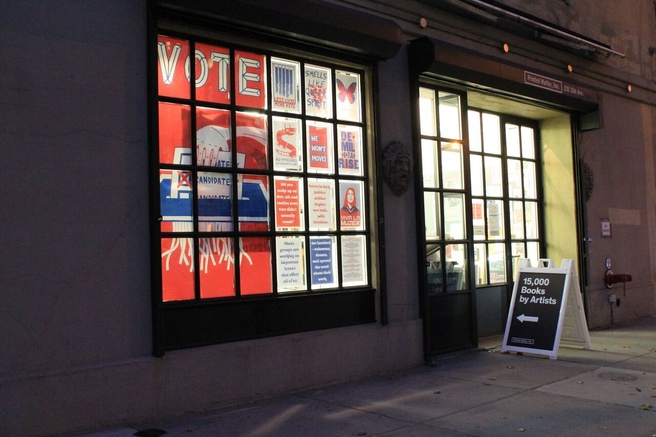 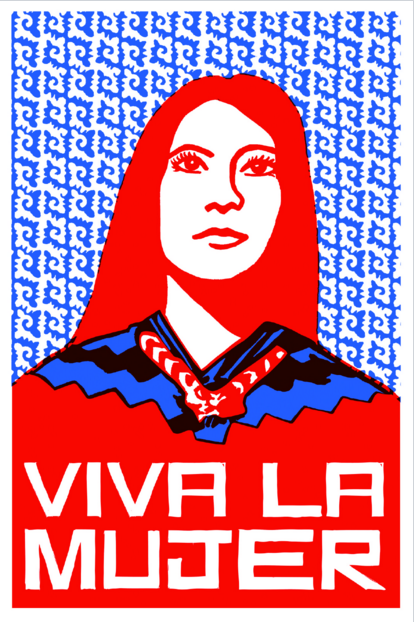 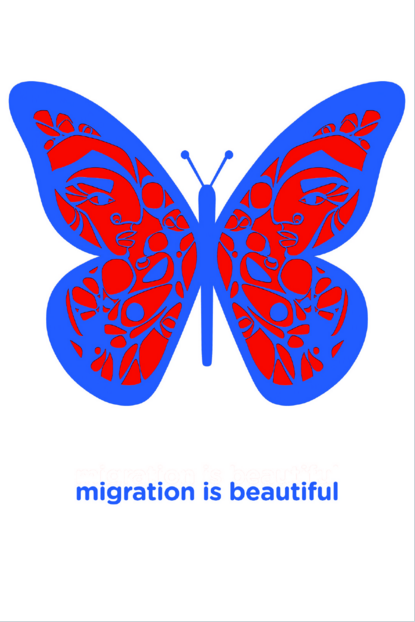 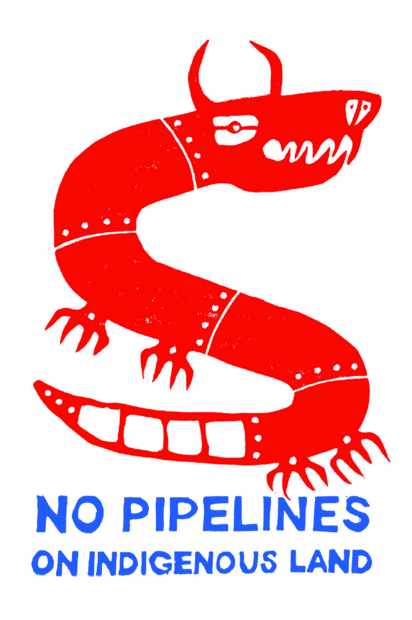