A More Store & A Book About Colab (and Related Activities)

To celebrate the launch of A Book About Colab (And Related Activities), Printed Matter presents a restaging of The A. More Store, a Colab-sponsored artists’ outlet for low-priced multiples. The selling exhibition includes over 100 artworks from over 50 participating Colab members, including works on loan from historic A. More Stores. Join us for the official launch of the publication and The A. More Store opening event with Colab on Friday, April 15, 6-8 PM.

The first A. More Store evolved from the Gift Shop at the legendary Colab-organized Times Square Show, and appeared shortly after on Broome Street in 1980 with the tag-line “You won’t pay more at the A. More Store”. Other iterations of the store were later presented at Barbara Gladstone Gallery, Jack Tilton Gallery, White Columns, and Printed Matter.

The press release of the original store promised “rats and rip-offs, ray guns and rock bags,” and the new gathering of material brings in an equally eclectic mix of affordably priced artworks, apparel, prints and sculptural objects. Among these are original Colab creations including: ceramic plates, puzzle sets, pillowcases, a secular tree-topper, artist-designed iphone cases, and a hand-painted raincoat. Images from the Tom Warren Portrait Studio will also be included, depicting 16 Colab artists between the years 1981 and 1984.

On the occasion of the show, artist and Colab member Ilona Granet will create a new text work in the Printed Matter window, made in the style of the hand painted signs which announced the A. More Store more than 35 years ago.

An open inclusive format where all attending Colab Members have a chance to say whatever they want. The only restriction is time.

A Book About Colab (And Related Activities)

The publication A Book About Colab (And Related Activities) traces the output of Collaborative Projects Inc. (aka Colab), the highly energetic gathering of young New York downtown artists active from the late 1970’s through the mid 1980’s.

Edited by Max Schumann – and with a foreword and afterword by art writer and Colab member Walter Robinson – the work pays homage to the group’s practice of collectivity and social engagement, while reflecting an iconic period of NYC cultural history. Advocating a form of cultural activism that was purely artist driven, the group created artworks, curated shows, and engaged in discourse that responded to the political themes and predicaments of their time. With extensive documentation of the printed material and media steadily produced in the course of their collaborative undertakings (as well as many new first-hand accounts), the publication offers a look into the diverse aesthetics and concerns of the group as they embarked on The Real Estate Show, The Times Square Show, the A. More Store, and other projects. Find out more about the publication here.

Printed Matter is pleased to announce Money Creates Taste?, a collaborative fundraising edition by Jenny Holzer and Tom Otterness. Funds raised by the sale of the edition will go to support Printed Matter’s new publication A Book About Colab (and Related Activities). The sculptural work incorporates a variation of a Truism written by Holzer in 1978, (around the time of the founding of Colab), and re-works a visual motif that Otterness developed in the mid 80’s (around the time that Colab was winding down its activities).

The combined elements of two figures struggling over a coin, accompanied by the text “Money Creates Taste?”, provides playful and rich allusions to the internal polemics of the artists’ group itself, as well as to the socio-economic context from which Colab arose, and which still has such profound resonance today.

The near-miniature work is a bronze casting with gold plating, measuring 2.75 × 3 × 1.5 inches, in a signed and numbered edition of 9. Write to news@printedmatter.org for pricing and availability. 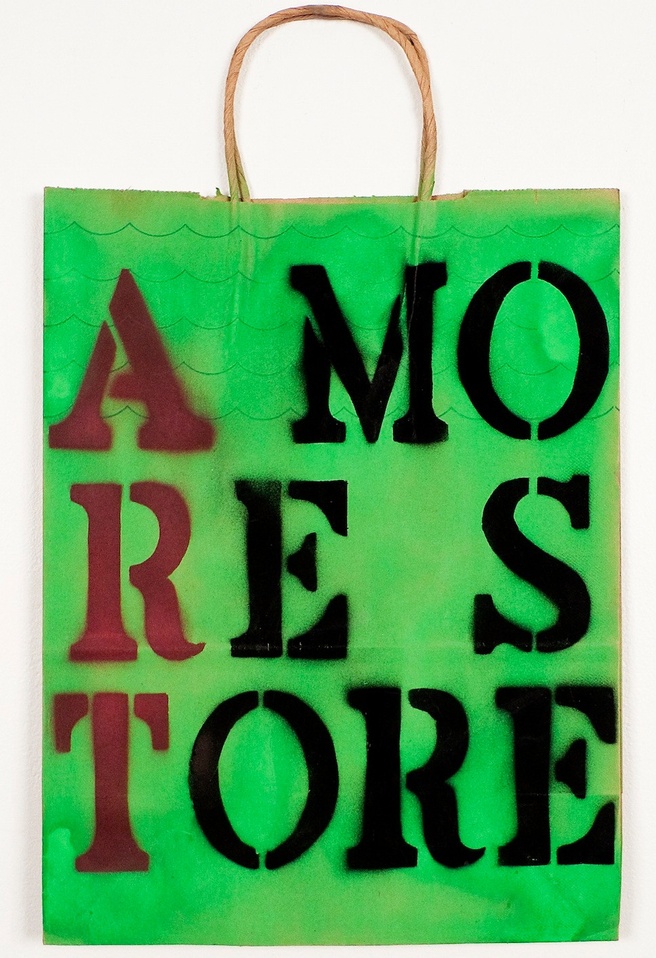 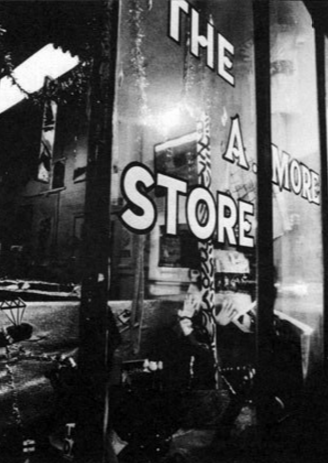 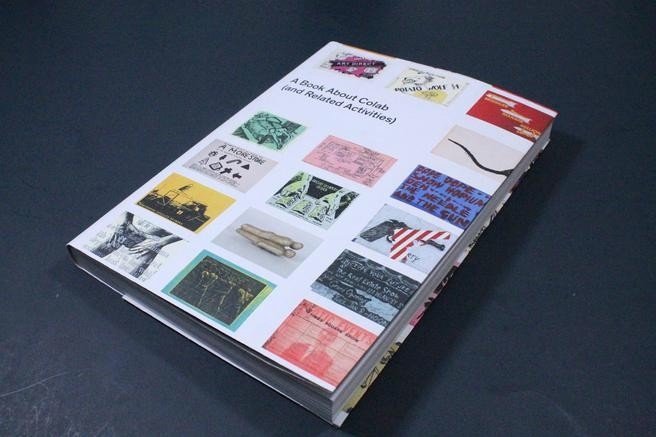 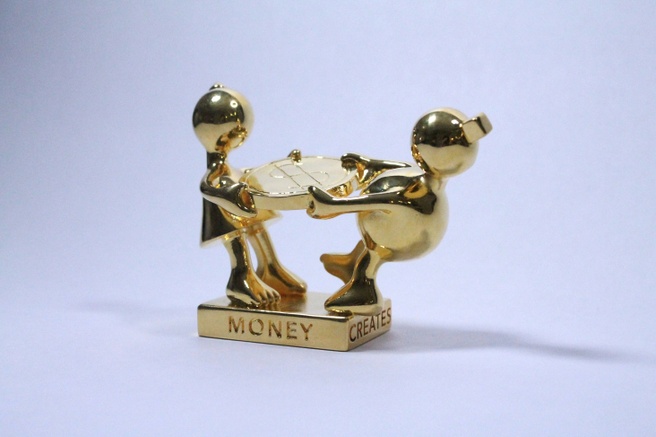 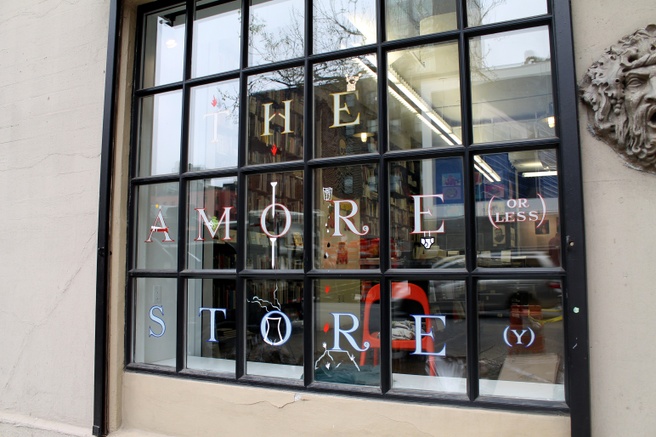 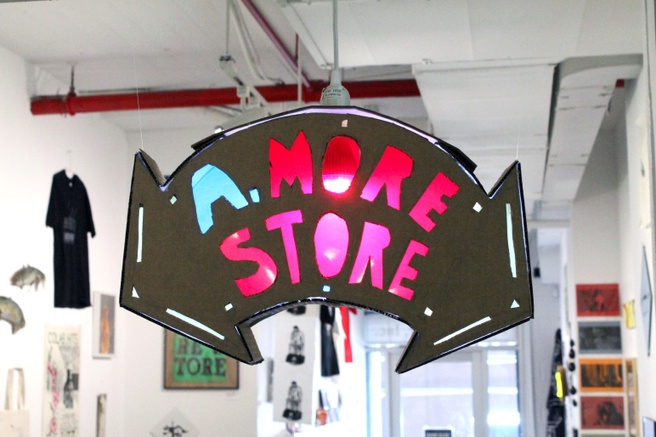 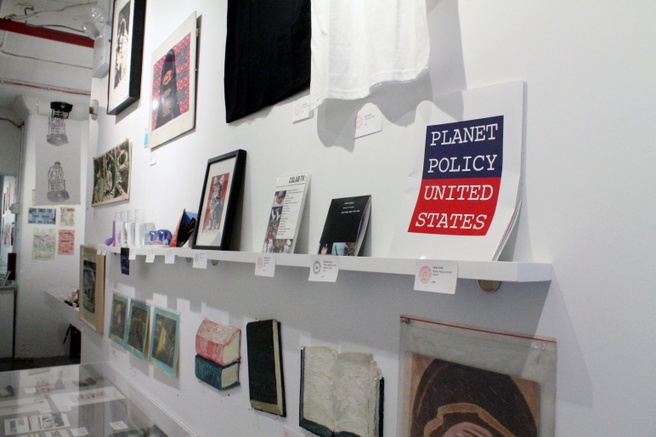 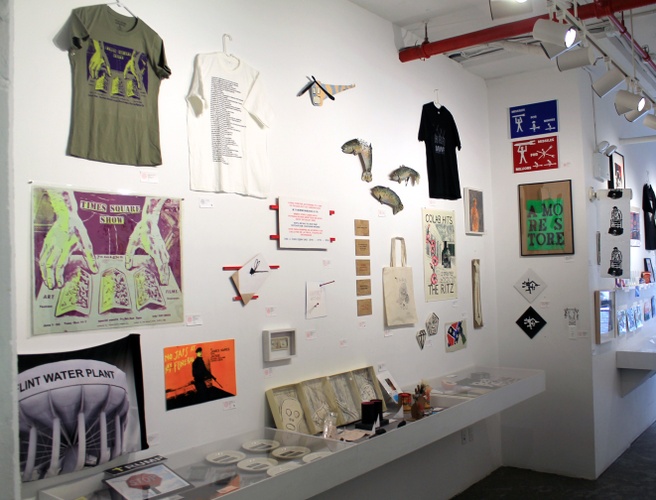 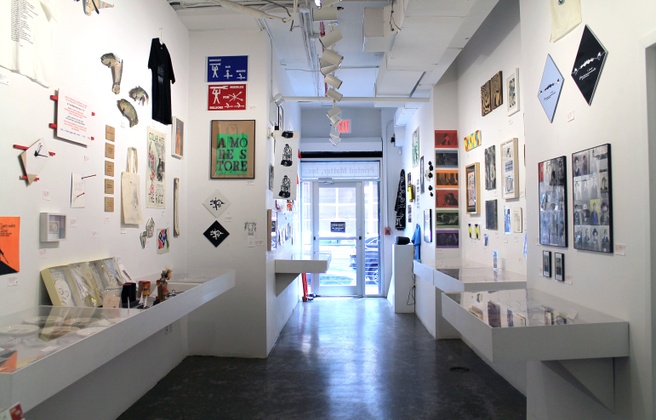 Artists’ Multiples Are for Sale at The A. More Store