…Perhaps They Were Periods of Peace

Printed Matter presents …Perhaps They Were Periods of Peace by Miranda Maher, a New York-based visual artist who makes drawings, installations, objects, and has self-published a dozen artists’ books over the past 25 years under her imprint ‘Horse in a Storm Press’. The exhibition surveys Maher’s conceptual publishing projects and the counterpoints provided by a body of connected artworks which have evolved alongside her book practice. Together these works explore themes related to the perpetration of violence, across history and into our present moment.

Join us for an exhibition opening Thursday March 24, 6-8 PM.

Maher’s work is largely interested in how–taken collectively–instances of conflict or aggression can be distilled down and newly understood. It asks of us: How are these moments processed? What is the power of standing witness to the violence done between people (and who, after all, gets seen)?  In re-documenting the sites and circumstance of recorded violence –whether that be in rape statistics from the FBI database, or source material tracking across 2000 years of warfare – there is something to be gleaned in the sheer volume of the tally her works keep. The artworks, as Maher acknowledges, may not prevent or deter violence, but the simple act of registering these moments, of taking stock, and being witness to it front-on is difficult work as well.

In After Reasonable Research-–both an editioned artists’ book and original giclee and laser print piece– she recounts as many ‘open and declared armed hostile conflicts’ as she’s been able to (reasonably) locate. The work, in near-microscopic script, runs across a 25ft scroll in a long vertical column. Over the top of the piece are decorative motifs - hand-applied gold ink embellishments - which are reminiscent of an illuminated manuscript. This seems to temper the impact of the information conveyed, a disruptive tactic from Maher to “slow the rate of absorption” and provide meaningful perspective.

On view in the Printed Matter window and back wall, Maher presents 1000 Coordinates of Violence. Across a gridded installation of paper works, each shot through by a 22 caliber bullet, she locates the longitude and latitude of an act of warfare. Stripped of specific circumstances and complicating politics, each piece is left simply to present an abstracted location on the map.

Miranda Maher: Over the last 25 years, Maher has exhibited in university, non-profit and commercial gallery spaces here in New York and throughout the US and internationally. Her work has been exhibited at Wave Hill (Bronx), The Urban Institute of Contemporary Art, White Columns, The Drawing Center, Nicole Klagsbrun Gallery and Pierogi’s Flat Files. She has also shown work at Kunstbunker (Nuremberg), Spaces (Cleveland), CEPA (Buffalo), Artetica (Rome), Yatoo (S. Korea), Staub (g*fzk!)(Zurich), the Milwaukee Art Museum, the Bronx Museum of Art and the Brooklyn Museum of Art. In addition to publishing artist’s books, she was also the Art Editor for the poetry journal Long News in the Short Century. 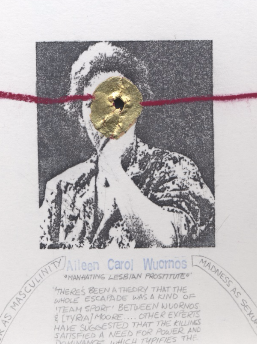 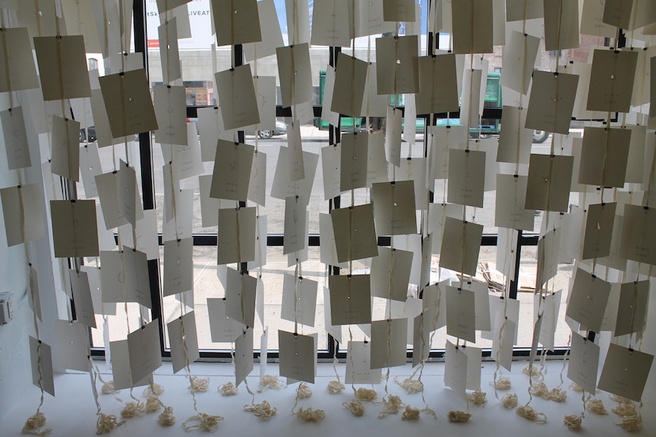 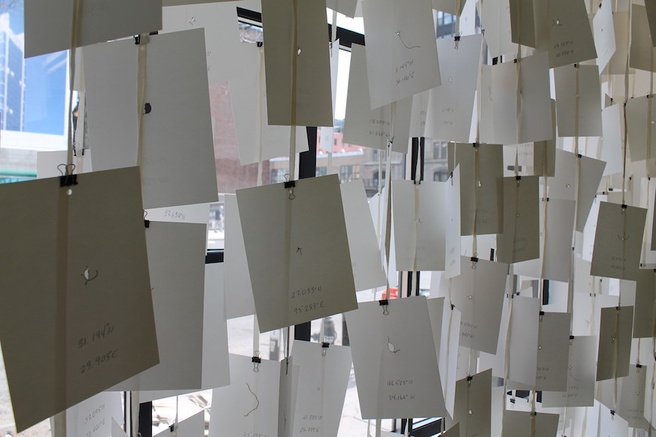 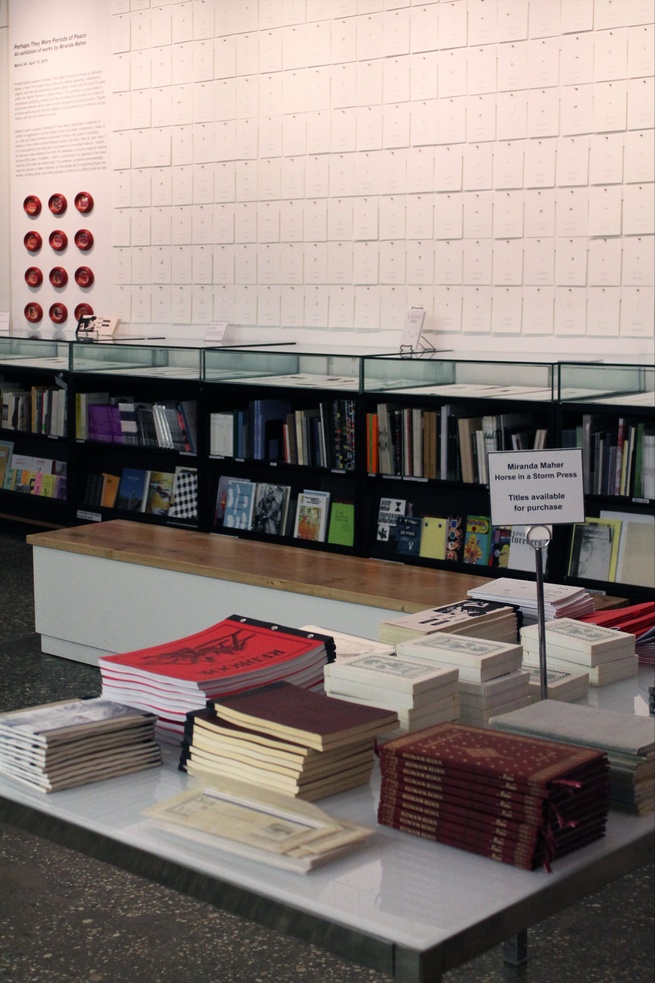 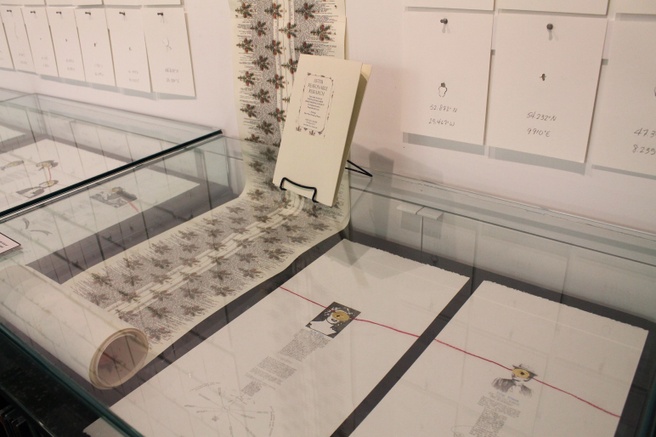 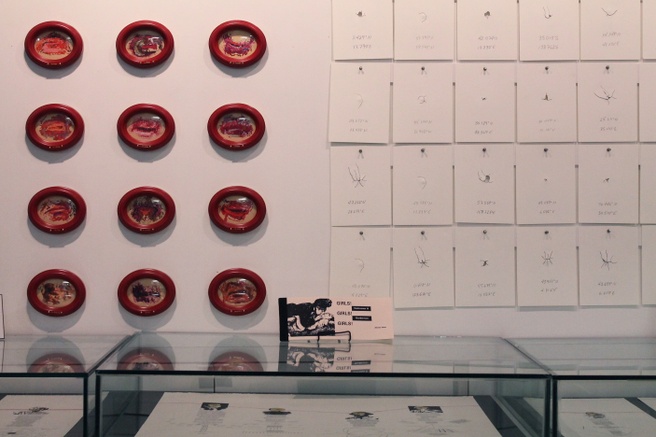 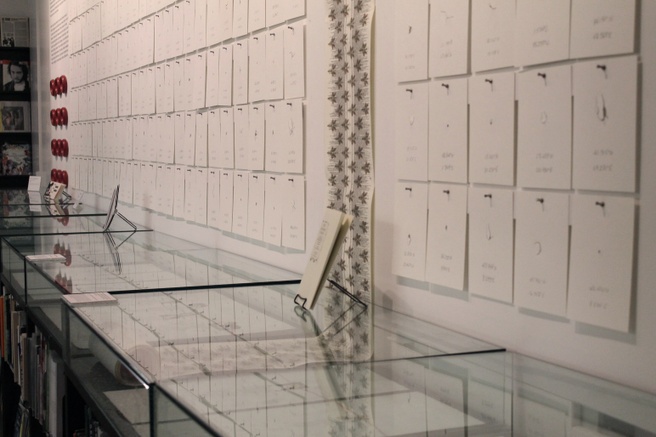