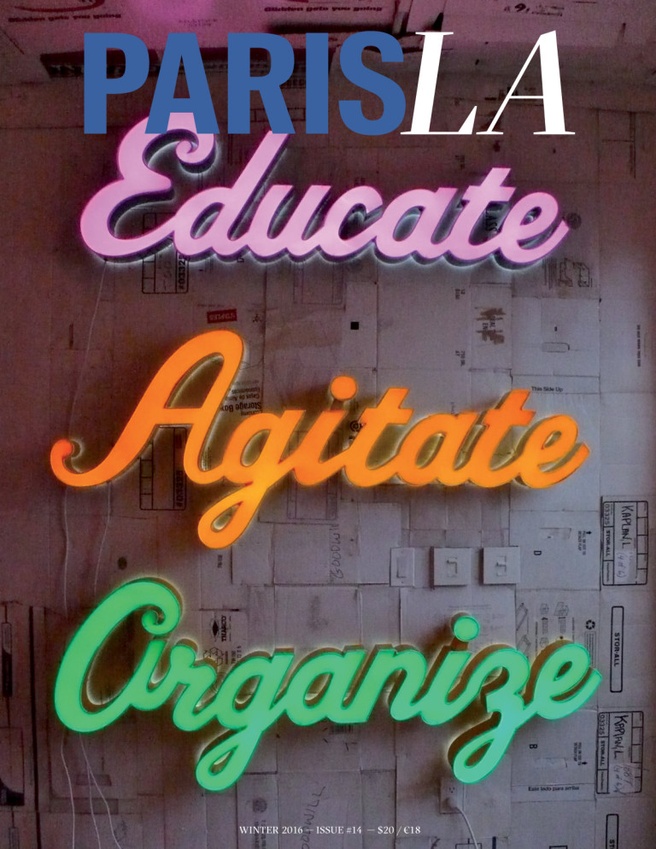 The 14th issue of PARIS, LA, “Art Education”, edited and published by Dorothee Perret (DoPe Press), examines the changing nature of academic institutions, the importance of creative experimentation, and alternative pedagogical models for the future. Join us for a launch event of the new issue with readings from Chris Wiley and Evan Moffitt.

PARIS, LA is an independent print magazine that was founded in 2008 by the editor Dorothée Perret. Published twice a year, PARIS, LA invites each season, artists, designers, photographers and writers to collaborate and to share their vision in relation to a theme. PARIS, LA is art directed by Madame Paris / Alexandra Ruiz.