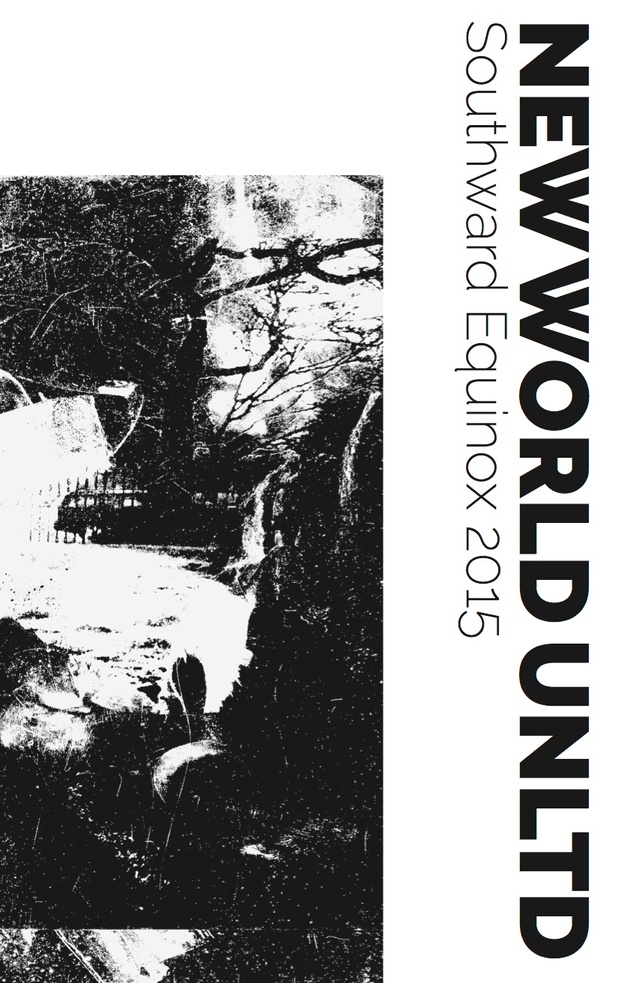 Welcome to New World UNLTD issue #2, released to coincide with the Southward Equinox on September 23, 2015. Thank you, intrepid voyagers, for joining us again as we cull together artists, writers, thinkers and scientists in an effort to further expand the megaverse of science-fiction and continue our investigation into the genre’s importance within the sphere of cultural production.

The release event will include a performance from Ariel Jackson and a reading from Andrea Arrubla, as well as interviews from GWC, Investigators.

Ariel Jackson is a multi-media artist who works and lives in Brooklyn, NY. Jackson’s work stems from a desire to create a safe space for testaments outside of the mainstream media and create alternative narratives for maneuvering and exploring sociopolitical traumas via group identity, memory, cultural propriety and individualism.