i fell in love, i fell out of love, 100$, potato chips, airplanes, clouds & sky an exhibition of the work of Michalis Pichler

Printed Matter Inc. is pleased to announce the opening of an exhibition of the work of Berlin-based artist Michalis Pichler this Saturday, January 21 from 5 to 7 PM. i fell in love, i fell out of love, 100$, potato chips, airplanes, clouds & sky, i fell in love, i fell out of love is also the title of an ephemeral newspaper piece published by Printed Matter, which will be given away over the course of the exhibition. At the opening reception we will also celebrate the launch of two books by Pichler, both published in 2005 by Revolver (Contemporary Art Publishing, Frankfurt): “WAR”diary and New York Garbage Flag Profile. Printed Matter is located at 195 Tenth Avenue at 22nd Street.

Both “WAR”diary and New York Garbage Flag Profile originated during Pichler’s residency in New York as a DAAD Arts Fellow in 2003. Taking up themes and formal strategies introduced in his powerful newspaper piece from 2002, New York Times Flag Profile, the books investigate the twinned phenomena of patriotism in post 9-11 New York. In “WAR”diary headlines from the Daily News are collaged onto the stockpages of the New York Times, creating subtle ghosts of words like OUTRAGE! BAGHDAD, and CAUGHT on top of or cut into endless columns of numbers.
New York Garbage Flag Profile documents mass-produced materials like paper cups and plastic bags emblazoned with American Flags that the artist found in public space in New York City. The photos go along with transcriptions of the texts carried by the found objects, which Pichler refers to as poetry.

“100$” is a series of 100 signed prints on letter-sized paper, each of which depicts its price, from 1 to 100 dollars. His “Potato Chips” is a marble-carved current-day adaptation of a medieval frieze.

Though traditionally trained in architecture and sculpture, and even though the execution of most of his works includes meticulous handiwork, Pichler’s practice seems less concerned with artistic disciplines and more concerned with the individual digestion of cultural conundrums. Taking everydaylife and public space both as a source and as an outlet and using derive and detournement as artistic techniques, Pichler is something of an urban trickster.

New York Times Flag Profile, is out of stock, i fell in love, i fell out of love is available in the store for free. 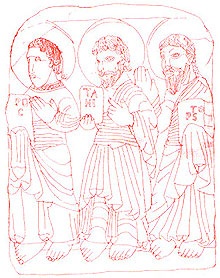