Indecipherable Nonsense: Zines and Works on Paper by Noah Lyon

We’re pleased to present the exhibition Indecipherable Nonsense, featuring a a broad selection of zines, artists’ books, prints, and newly created works on paper by Noah Lyon. The exhibition will be on view from March 19th - April 18, 2015

Over the last two decades Lyon has maintained a productive self-published book practice, creating roughly drawn, comic-inspired drawings. At the core of this has been more than 50 xeroxed zines, printed in b&w and staple-bound, that are jammed with oddball characters, visual puns and plays on words that clash together in overlapping black sharpie.

For the exhibition at Printed Matter, Lyon has created a new series of original ink-on-paper and rubber-stamp drawings, as well as editioned screenprints. The works incorporate characters that appear throughout his zines, interacting in an absurdist two-dimensional world that is at once filled with nonsense and tightly controlled. Lyon’s series of black and white drawings go “all over”, offering satirical social commentary and playful mutations of culture at large in the energized style of artists like Peter Saul and Keith Haring.

Noah Lyon is a multidisciplinary artist who lives and works in Brooklyn, NY. He has a BFA from The Cooper Union. His massively popular buttons have topped the Printed Matter bestseller list for many years. He has been making zines and artist books for two decades and has been a fixture at the NY Art Book Fair since its inception in 2006. His work is in the collections of MoMA, The Whitney, The Tate Britain and The Brooklyn Museum. 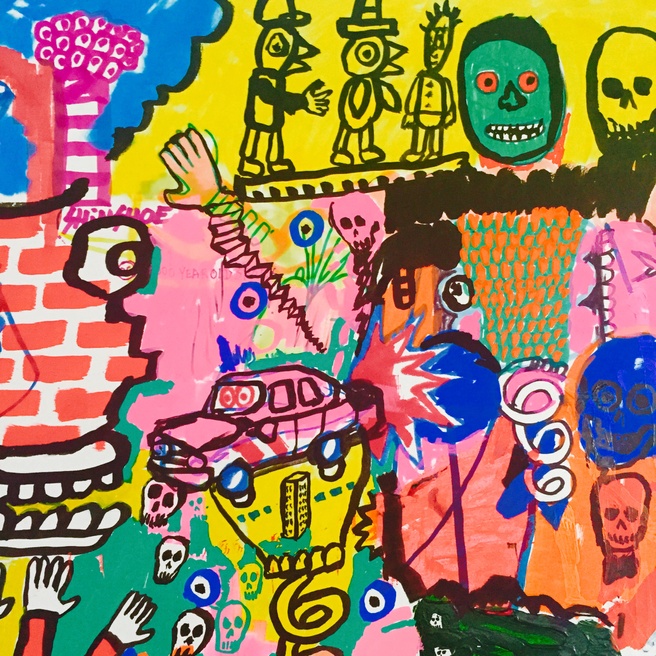 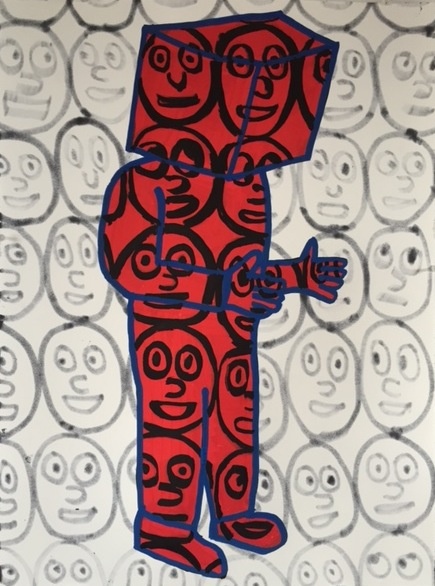 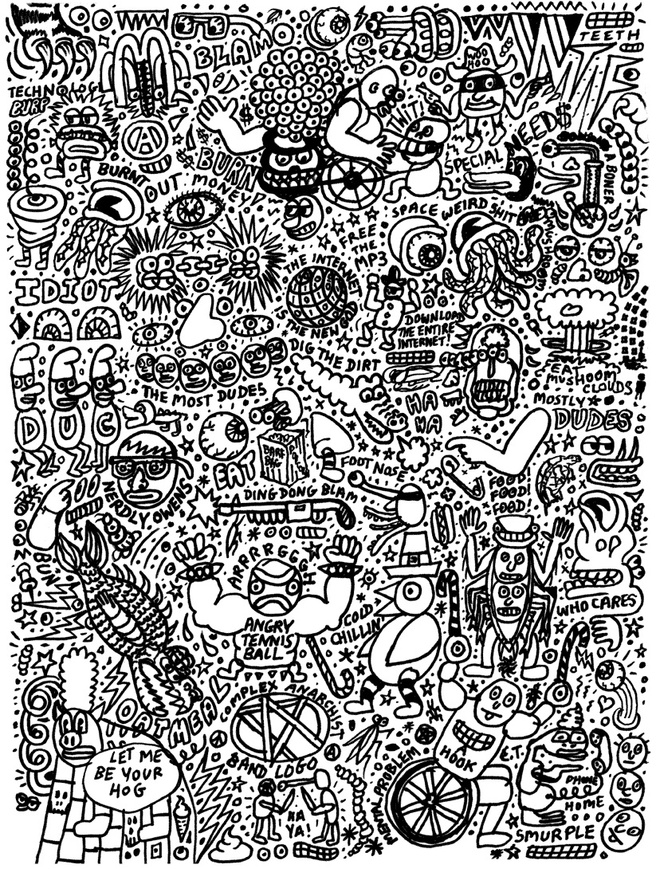 Prints and works by Noah Lyon