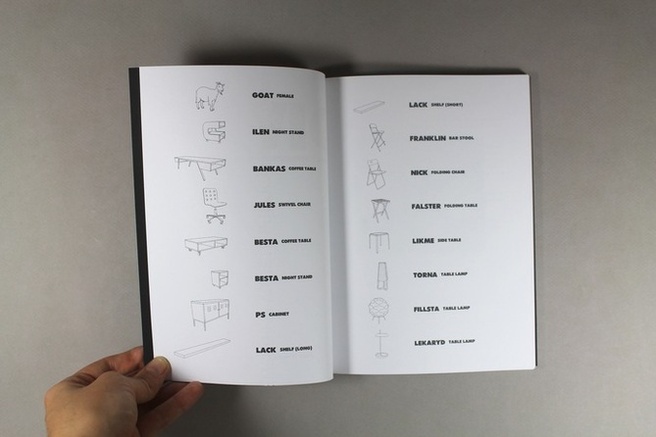 Printed Matter and Rawson Projects are pleased to co-host a conversation with artist Clive Murphy and writer Aengus Woods on occasion of the publication of DIWIF (DEMONIC INTERVENTIONS WITH IKEA FURNITURE). The publication is one of six books published as part of our ongoing Emerging Artists Publication Series. Join us Saturday, December 13, 5-7 PM, at Printed Matter for a discussion exploring the themes of their DIWIF collaboration. RSVP on facebook here.

An exhibition of related work is currently on view at Rawson Projects, LES, physicalizing elements the publication, on view through December 21. Read the full release from Rawson Projects in the form of an artist interview here.

Theodor Adorno once said there is something profoundly contradictory in every utopia, namely, that is cannot be conceived at all without the elimination of death. By that rationale, the Swedish furniture giant IKEA is the death eliminator par excellence, a giant blue funhouse that, in its purveyance of a brave new world of Bauhaus aesthetics and modernist functionality, provides refuge from the specter of mortality and allows for the construction of a new, improved self that might hold unchallenged the myth of its eternal existence.

But what is repressed can always return. Our baser nature, our primitive past, a world of instinct and appetite, pre-rational and hyper-symbolic, protrudes from the darker corners and cracked surfaces of today’s sterile, controlled and centrally heated life-world.

The series of DIWIF drawings by Clive Murphy examines the manner in which the present is an endlessly negotiable locus of signifiers infused with ghosts of the past and visions of the future. Taking as its point of departure the contemporary convention of the self-assembly manual, that booklet of instructions that comes with everything from flat pack furniture to children’s toys, offers a wry strategy for unlocking the latent primal forces and cultural histories embedded deep within the most unassuming of objects. Through them, the manual offers instructions for the construction of a series of variously scaled totemic manifestations.

DIWIF can be read both as a direct engagement with the idealizing tendencies of artistic Modernism and as a wry comment on the mythologization of the artist as divine seer – a god-like creative force among mere plebian mortals. Referencing Modernism’s obsession with primitive art from Picasso through to Beuys while simultaneously activating and de-activating the utopian aspirations of Bauhaus functionality, DIWIF lays bare the inherent tension between Constructivism’s rejection of mysticism through Tatlin and Kandinsky, and Modernism’s cult of the artist. That both of these movements displayed at different time affinities with aspects of communism and fascism respectively, (even while the Bauhaus was closed by the Nazis) is not insignificant. The piece, in the extreme ritual of its construction, might thus be said to represent a return of the repressed – the ghosts of our savage nature that haunt even the most sterile environment.

But more than this, DIWIF points to the tribalizing tendencies at work still in our apparently post-everything age, the power of commodities to activate and validate discrete social groups and the contradictory impulses toward pure individualism and herd mentality that underpin our actions and desires. The contrast displayed in its accompanying self-assembly manual between the power bestowed on the individual through an act of ritual slaughter and the complete de-individuation of creative will in the act of following precise diagrammatical instructions point to the confusions and complexities inherent in our contemporary social ideals – the tensions between bland, utopian visions and mythological, pre-rational Edens. As such, in DIWIF the notion of self-assembly might be said to take on a dual sense – not simply assembly by oneself but, more mysteriously and intriguingly, assembly of oneself.

Illustrations from Clive Murphy is paired with text from Aengus Woods, mimicking the self-assembly manual to the extent that it takes the form of a fragmentary assemblage of statements, quotations and facts concerning, but not limited to Bauhaus, IKEA, fascism, primitivism, utopia and shamanism.

DIWIF (DEMONIC INTERVENTIONS WITH IKEA FURNITURE) is offset printed features french folds with a stamped cover on Plike, printed in black & white and color, published in an edition of 350 copies. The book retails for $15 and is available for purchase here.

Aengus Woods is a philosopher, critic and curator based in brooklyn. A co-editor of Other Edens: The Life and Work of Brian Coffey (Dublin: Irish Academic Press, 2010), his writings have also appeared in the Irish Times, the Dublin Review of Books, The Millions and NPR. He is a founder member of cultural interventionist group PROKON and plays music with The Collected Works Of Lenin.

Printed Matter’s Emerging Artist Publication Series is made possible by the support of the Jerome Foundation and The Andy Warhol Foundation for the Visual Arts. The series serves to showcase emerging artists whose practice has demonstrated a commitment to experimentation within the artists’ book medium in unusual and exciting ways. 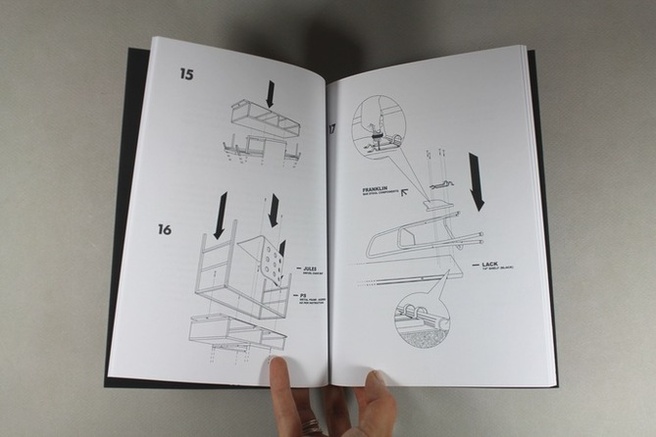 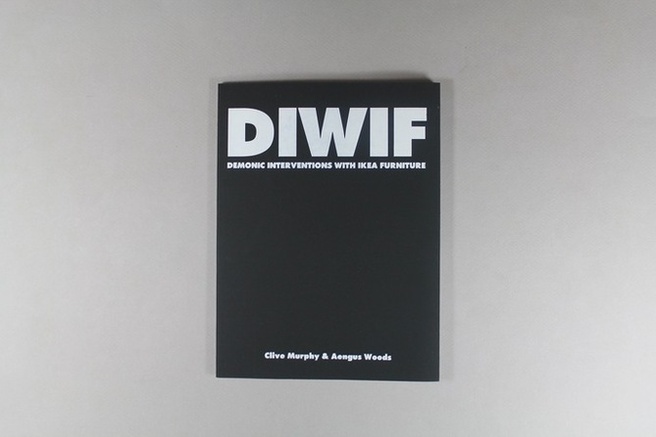 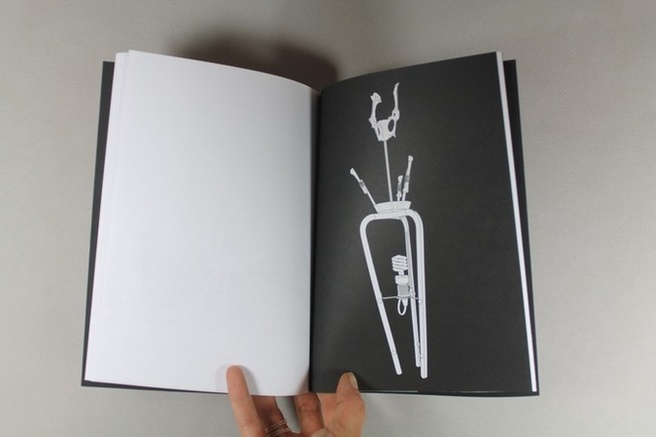 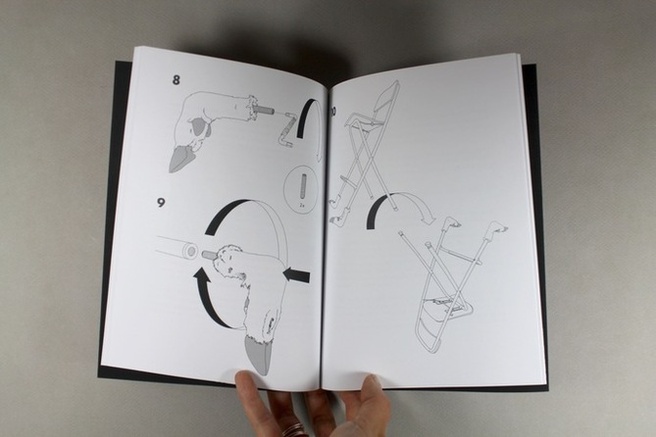