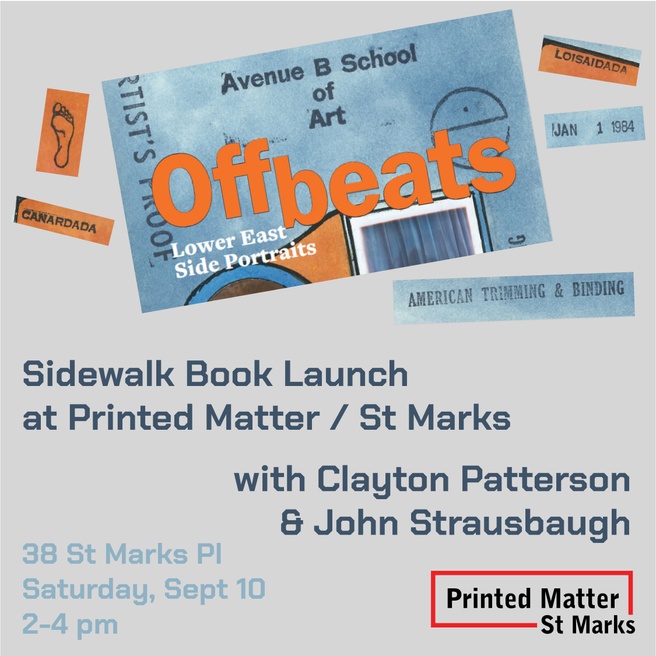 Join us at Printed Matter / St Marks Saturday September 10, 2-4, for a sidewalk launch and signing of OFFBEATS: Lower East Side Portraits, by Clayton Patterson and John Strausbaugh.

OFFBEATS is a collection of Patterson and Strausbaugh’s writings about some fascinating Lower East Side figures who have given the neighborhood its unique character. Includes portraits of NO!art founder Boris Lurie; artist and street gang leader Cochise; Yiddish theater star Molly Picon; and R. O. Tyler, aka Dr. Uranian.

John Strausbaugh has been writing about New York City history and culture for more than thirty years. From 1988 through 2002 he edited and wrote for the weekly newspaper New York Press. In 2007/8 he wrote and hosted the “Weekend Explorer” series of neighborhood articles and videos for the New York Times. He has also written for the Washington Post, the Wilson Quarterly, Evergreen Review, and the National Review. His books about New York City history include The Village, City of Sedition, and Victory City. 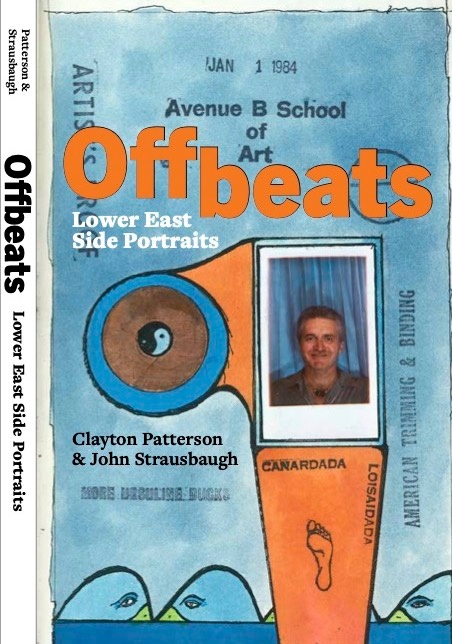 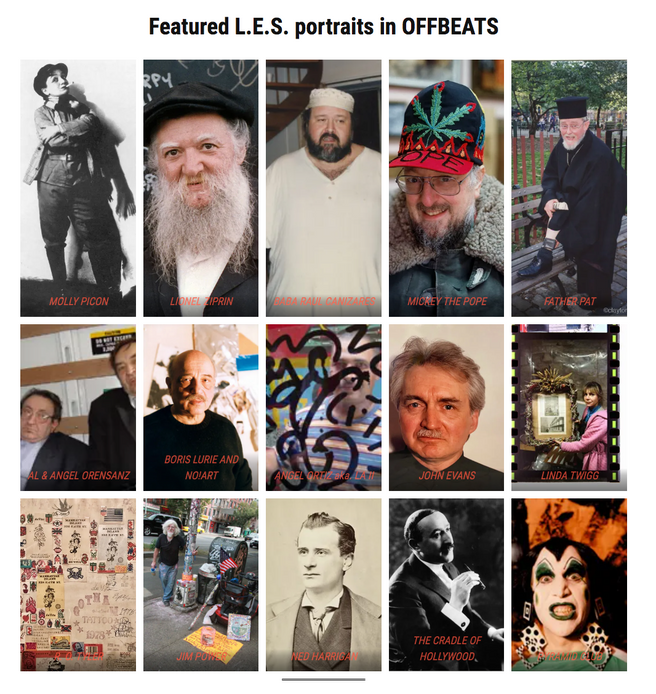