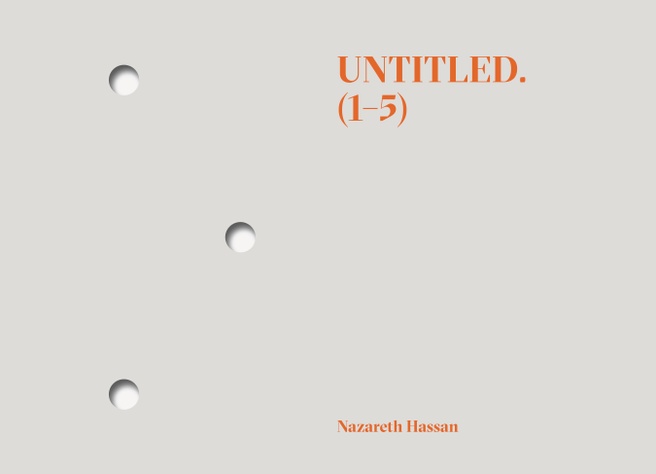 Join us Thursday, July 28 for the launch of Nazareth Hassan’s Untitled. (1-5), winner of 3 Hole Press’s inaugural open call. The event will include a reading by Hassan, as well as a performance of the text featuring Keyana Hemphill, Tony Jenkins, Mariyea, Aja Downing, Sierra Leverett, and Oumou Traor.

Bio
Nazareth Hassan is an interdisciplinary artist working in performance, writing, sound, music, and imagemaking. His play VANTABLACK has been shown at the Theatretreffen Stuckemarkt in Berlin and the Royal Court Theatre in London, and is the recipient of the Dramatist Guild Young Playwright Award. His performance Untitled. (1-5) has been shown at the Shed in NYC and MINT Gallery in Atlanta, and is being published this summer by 3 Hole Press. Recent sound and composition credits include A Song of Songs at the Bushwick Starr, A Map to Nowhere at Soho Rep, Tomorrow As It Will Be at JACK, and Face Eaters at Chez Bushwick, in which he was also a dancer. He has released 3 singles available on all platforms under his name. Beginning this summer, he will be the Dramaturg at the Royal Court Theatre. 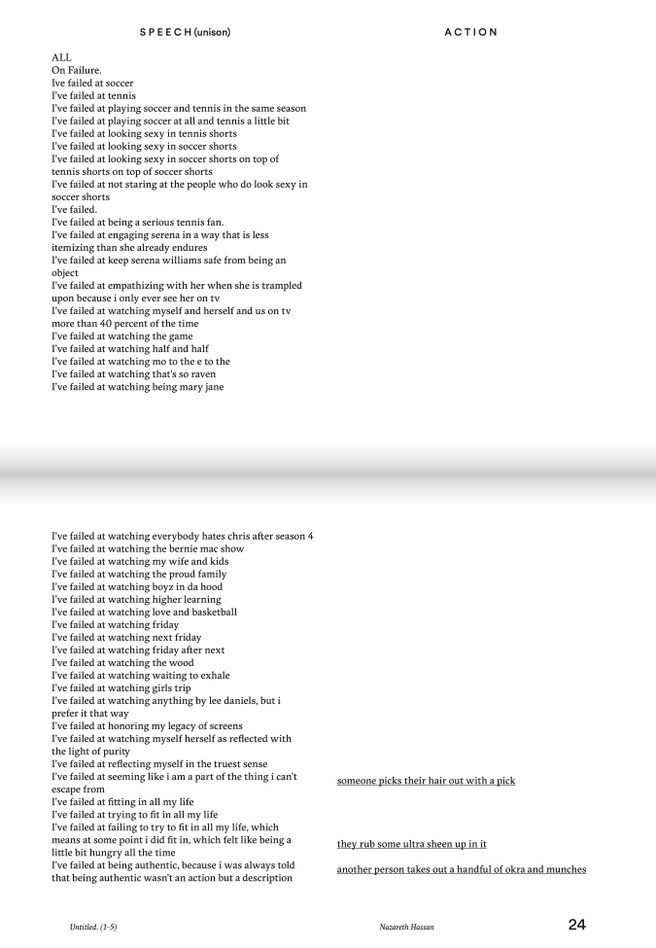 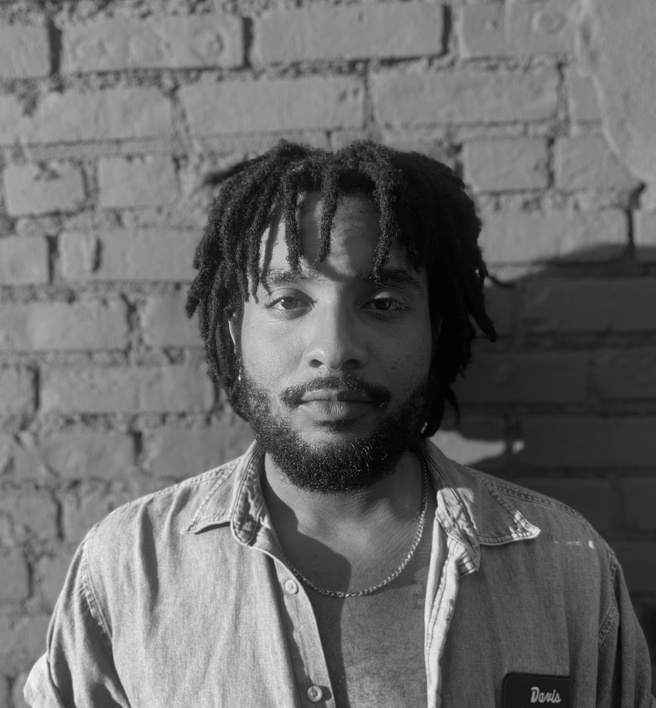