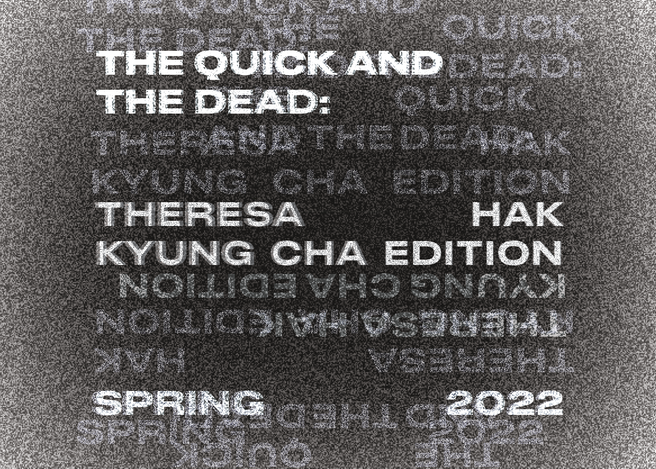 We are thrilled to partner with Wendy’s Subway as part of their series on Korean American artist Theresa Hak Kyung Cha (1951—1982). The installation will be on view at our Chelsea location (231 11th Avenue) from April 25th to May 23rd. Two windows—a vinyl spiral of text and an image of archaic, monolithic tombs—draw from Cha’s seminal publication, Dictée. A third window explores Cha’s influence on experimental poetry and contemporary artists’ bookmaking practices.

The Quick and the Dead is a yearlong, multi-phase project that bridges the life, work, and legacy of a deceased writer to those of contemporary practitioners. In its third year, the program focuses on artist Theresa Hak Kyung Cha, and considers her profound interventions in film and video, historiography, language and translation, and autobiographical writing. From March 2022 onward, Wendy’s Subway will host a series of four seminars led by writers, scholars, and artists working in her lineage and addressing the entangled political concerns of her oeuvre. Additional programming will include a screening in partnership with Electronic Arts Intermix (EAI), two artist commissions, a marathon reading of Dictée with the Whitney Museum of Art, a publication, and this window installation.

Theresa Hak Kyung Cha wrote herself across time, in fragments, through overlapping voices, to open up the space of silence irredeemable by language. Faults larger than can ever be grasped through speech. Cha held close the traumas of history, the collective experience of memory, and the liberatory potential afforded by experimental forms. Submitting only to the “timelessness created in her body,” she gave us a relentless vision of what new intimacies can be born through the gaps of history.

Cha’s work is carried into the present where colonial legacies, gendered violence, and empire still reign not only in the structures of our lives but the memories we carry in our bodies. Nearing the 40th anniversary of Cha’s untimely passing, we attune to the recent rise of racialized violence against Asian Americans and examine the ways in which our society is structured by anti-Blackness, as well as the dispossession of Indigenous people and communities of color. Following the threads explored in her experimental masterwork Dictée (1982), we gather with our community in Wendy’s Subway’s third edition of the Quick and the Dead to reflect upon Cha’s legacy.

About Wendy’s Subway:
Wendy’s Subway is a reading room, writing space, and independent publisher in Bushwick, Brooklyn. They support emerging artists and writers in making experimental, urgent work and create alternative modes for learning and thinking in community. Wendy’s Subway is dedicated to encouraging creative, critical, and discursive engagement with arts and literature. They prioritize collaboration and horizontal decision-making in their work towards being a responsive and sustainable organization.

Our interdisciplinary program includes free readings, talks, performances, and reading groups, as well as sliding-scale writing workshops and intensives. We offer residencies designed to uplift artistic and scholarly research, archival and library projects, and independent publishing practices. Our multi-series publishing initiative includes artist’s books, poetic texts, and hybrid-genre works by time-based artists. Our non-circulating library holds a collection of over 3,000 titles, ranging from poetry and fiction, to criticism and art books. The library is open to the public five days per week. Learn more about Wendy’s Subway here. 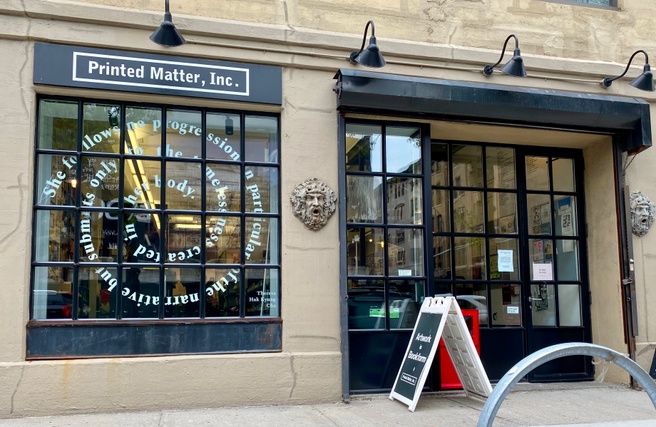 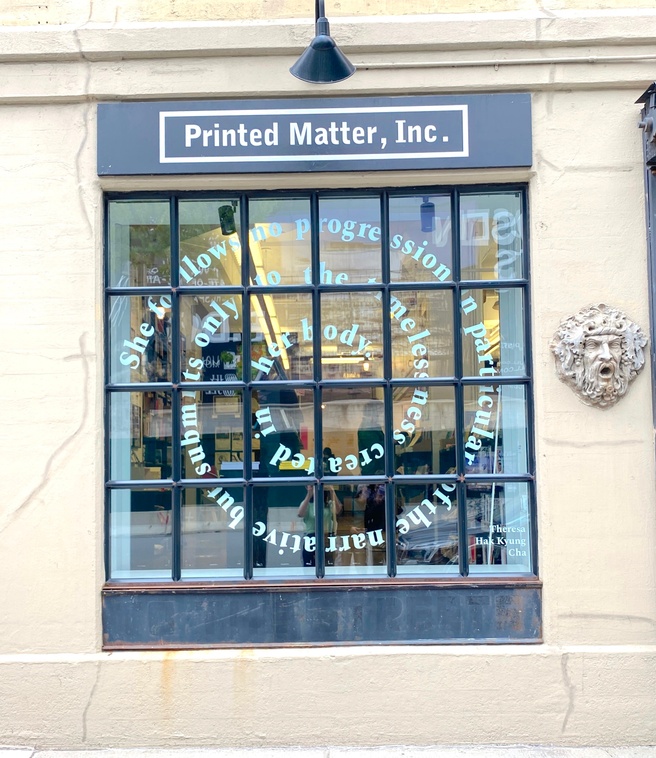