Printed Matter is pleased to present Endre Tót: Gladness and Rain, a survey show on the work of Hungarian artist Endre Tót. Curated by Darling Green, the in-person and online exhibition puts on view over 100 items, including artists’ books, printed matter, performance works, and mail art correspondence, with an emphasis on Tót’s print output of the 1970s and 80s which defied the censorship of Soviet-controlled Hungary with humor and absurdity.

On view September 9–November 14, 2021, the exhibition will gather the most comprehensive collection of Tót’s work ever shown in the US, with material on loan from private and institutional collections in the US and Europe. The presentation is the first to take place at Printed Matter’s Chelsea location since the exhibition program was paused in early 2020 due to Covid-19.

Born in Sümeg, Hungary in 1937, Tót came of age in a Hungary where the tumultuous political situation led to a strict regime of censorship by the Soviet Union. The Soviet presence in the country, beginning with the conclusion of the Second World War, was escalated following the 1956 Hungarian Revolution, an event which successfully expelled the foreign troops, only to be brutally crushed just weeks later when international help failed to materialize.

A challenger of the academic and artistic establishment of Hungary from the beginning, Tót initially rose to prominence as an abstract painter affiliated with the Art Informel movement, but at the beginning of the 1970s, denounced painting for what he termed his “Zero Tendency.” This shift ushered in a prolific phase in Tót’s career, and brought him into contact with international Mail Art and Fluxus networks, to whom he dispatched enigmatic “0” letters meant to befuddle the censors’ ever watchful eyes. These frequent missives reached a diverse cast of participants, including Yoko Ono, Ray Johnson, Dick Higgins, Niels Lomholt, John Armleder and Ken Friedman’s dog Eleanor. Tót’s artistic production from this period also included video and photo graphic performance work, artists’ books, postcards, and typewritten documents, often covertly produced to dodge the strict laws regarding these kinds of printed works. Tót developed a distinctive set of conceptual strategies, consisting of Zeros, Rain (repeatedly typed slashes) and Gladnesses (“I am glad if…”), which attracted a cult following worldwide.

At the end of the decade, Tót emigrated to Berlin, and later Cologne, where he expanded on his series of protest performances, assembling crowds with placards and banners emblazoned with zeros or phrases such as “WE ARE GLAD IF WE CAN DEMONSTRATE.” These absurdist gestures, balanced between sincerity and sarcasm, contrast Tót’s experience of repression with the often blasé attitude toward freedom of speech found in the West. In the following years, Tót would experience further international success, with several solo presentations in Europe, and inclusion in Artists Space’s 1982 Young Fluxus exhibition (curated by Ken Friedman and Peter Frank), which brought him on a legendary journey to New York for the opening. Tót continues to be recognized as a formative figure in the history of Central European conceptual art.

On occasion of Endre Tót: Gladness and Rain, Printed Matter will publish a new 24-page risograph-printed and hand-stamped publication, including highlights from the exhibition, an essay by Darling Green and an interview with Tót. The publication will reproduce full size facsimiles of many of Tót’s printed, typed, stamped, and mailed works from the 1970s and 80s.

Darling Green Darling Green is a collaborative curatorial practice. The studio combines art collection and exhibition development with an open dialogue on the potentials of the exhibition form, privileging process over predetermined frameworks.

Produced with the support of acb Gallery, Budapest.

This program is supported, in part, by the National Endowment for the Arts, public funds from the New York City Department of Cultural Affairs in partnership with City Council, and the New York State Council on the Arts. 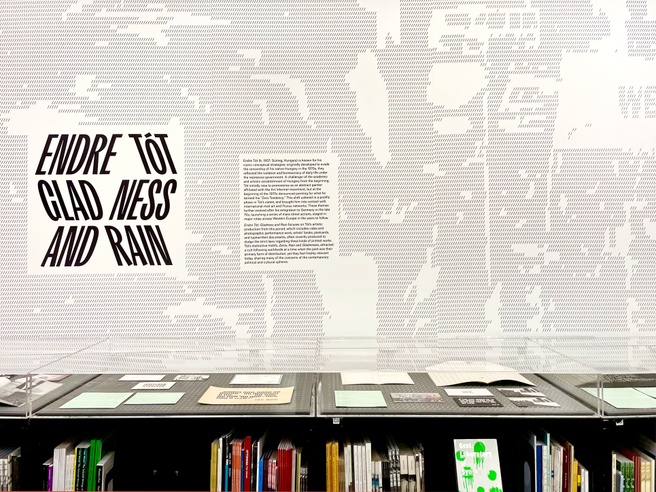 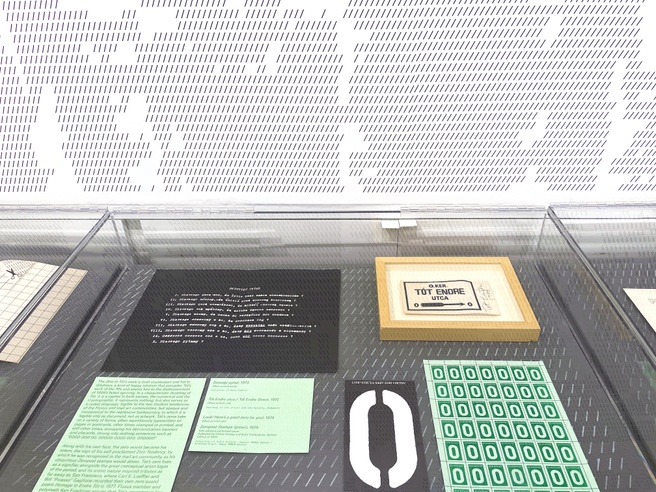 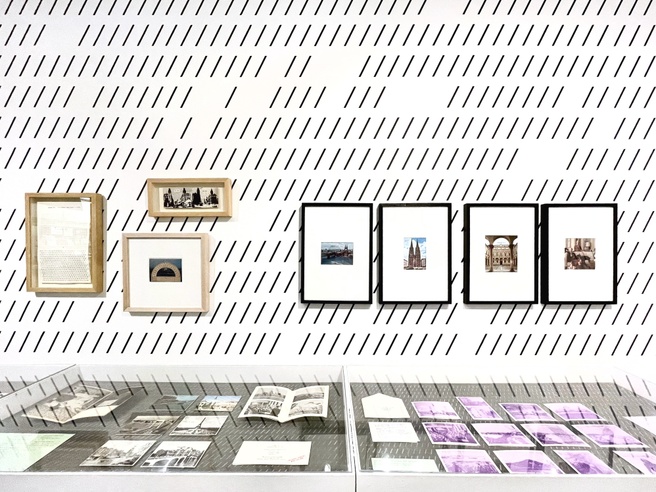 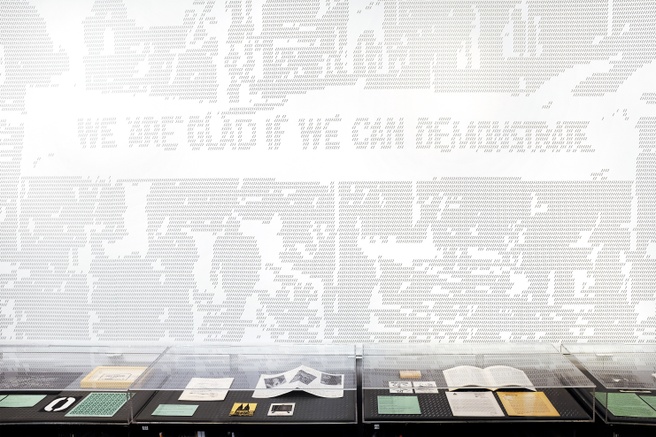 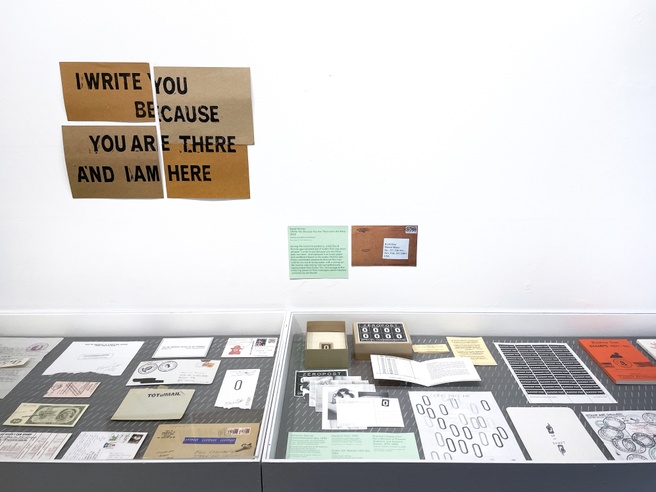 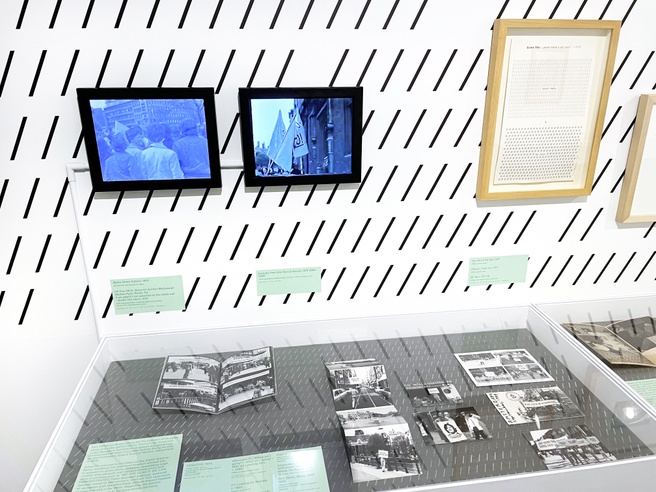 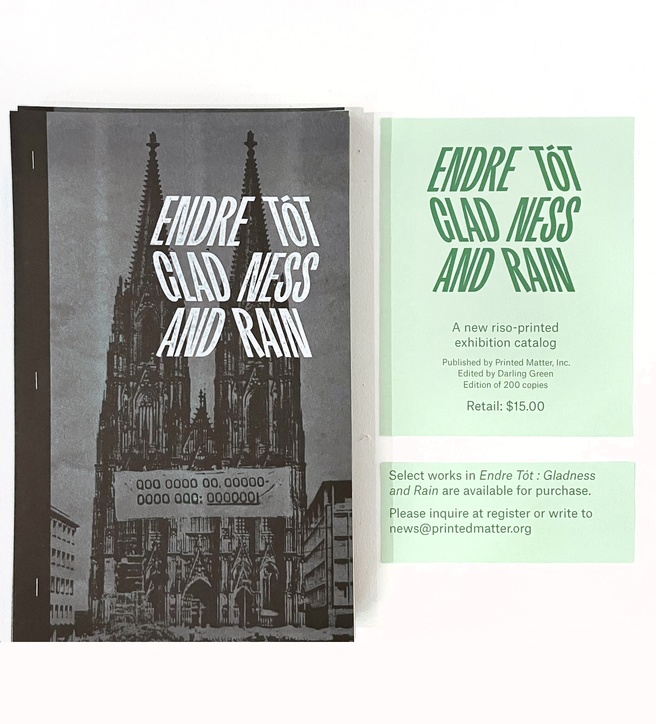 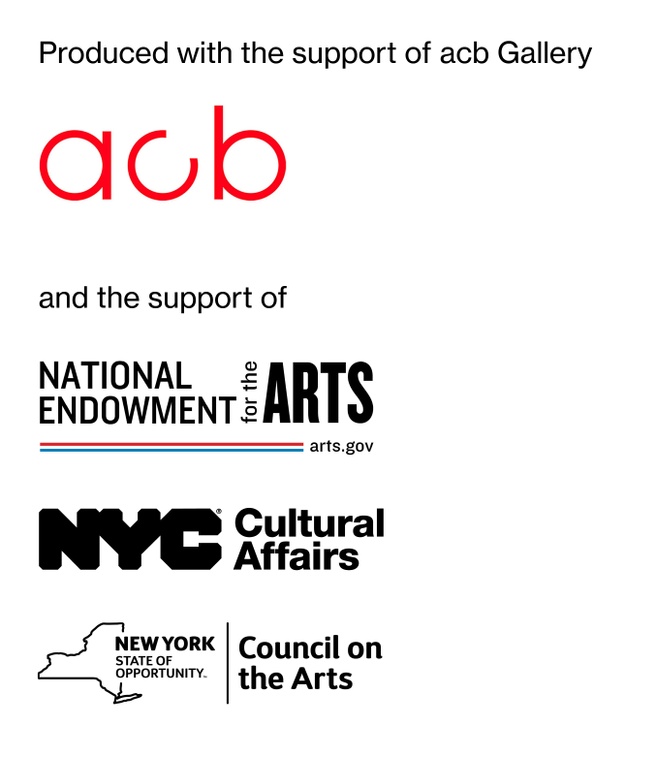