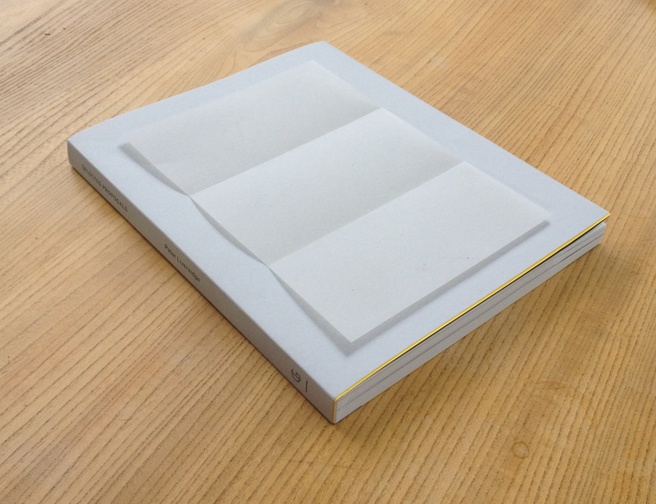 We’re pleased to host a launch for Peter Liversidge: Selected Proposals, newly published by Ingleby Gallery (Edinburgh). The publication looks back at the last 8 years of Liversidge’s practice, focusing on a body of work that originates through typewritten proposals. Created by Liversidge on his Olivetti Lettera, the proposals describe an array of possible projects – objects, performances, and actions in the fluxus tradition–which are then sent via mail to institutions or individuals who may choose to enact them.

On the occasion of the launch Liversidge will present a gin performance. Gin will be served by uniformed staff in editioned etched glasses from a ramshackle-y Gin Stand under white bunting. “The performance lasts for the duration of the gin, once it runs out the performance is over.”

The book includes facsimiles of Liversidge’s original proposals for artworks and performances alongside full-color illustrations of their realizations, as well as the transcript of a discussion between Peter Liversidge and Whitechapel Gallery curator, Daniel F. Herrmann and a new essay by writer and curator Clive Phillpot.

Peter Liversidge Selected Proposals is published by Ingleby Gallery in an edition of 1000 copies. 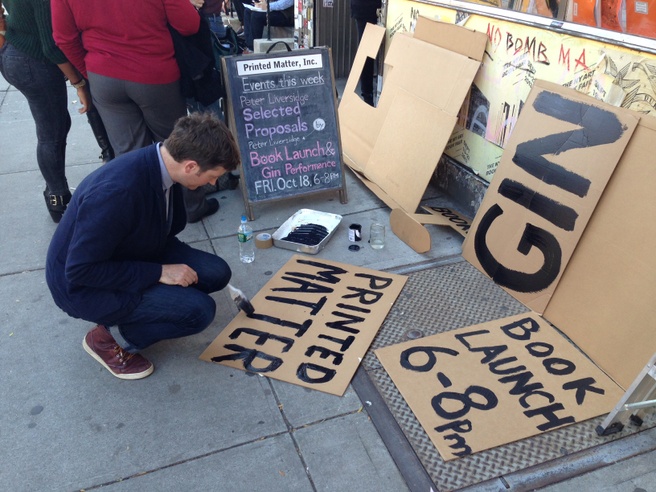 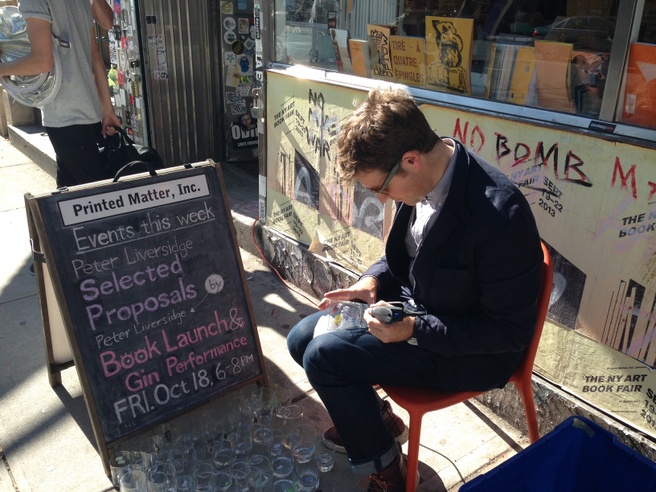 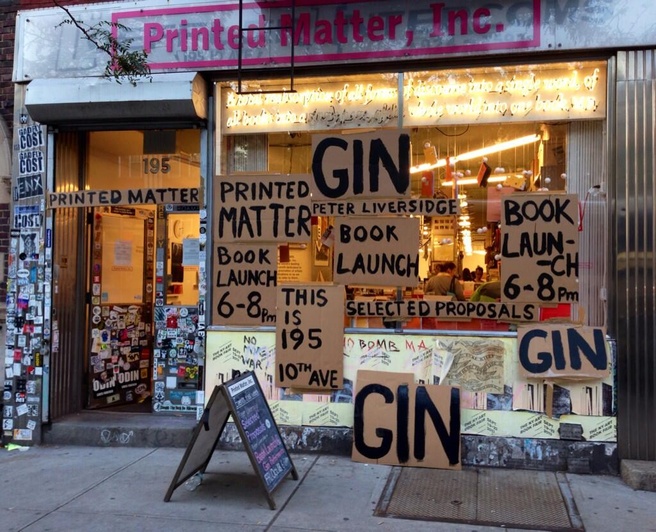