Please join us for a conversation between editor Michael L. Jones, publisher Katy Delahanty, and activist Ann Reynolds as they discuss some of the issues covered in Black Scene Millennium, No. 1.

Black Scene Millennium is a new quarterly magazine that will use journalism, historical research, and art to document Louisville’s African American community. The inaugural issue is focused on Black women. An intergenerational effort between past and present contributors.

Black Scene Millennium is a reimagining of Black Scene, a magazine published in Louisville from 1973 to 1976. The original publication was founded by Civil Rights activist Rev. Leo Lesser after his unsuccessful mayoral campaign.

Lesser felt the issues he wanted to talk about during his campaign – economic redlining, urban renewal, and white flight from the city core – were being ignored by the mainstream media. His magazine’s staff included many young people went on to be pillars of the community, including: Eleanor Jordan, a former state representative; Johnny Johnson, former head of the Kentucky Commission on Human Right; and Shelby Lanier, who led a lawsuit to force the city to hire more Black police officers.

Lesser’s attorney, Robert Delahanty, served as Black Scene’s associate editor before he became a Jefferson County District Court Judge. In fact, Black Scene was nearly forgotten until Delahanty’s widow, Dolores, discovered several issues in her basement. Dolores gave them to her granddaughter, artist Katherine Delahanty, who approached Jones with the idea of resurrecting the magazine in a quarterly publication for a year, and then culminating in a coffee table book, juxtaposing the 70s Black Scene with present day. Black Scene Millennium sets out to document what has and hasn’t changed for the Louisville community.

In the wake of the miscarriage of justice for Breonna Taylor, this issue’s cover story focuses on Adrian Reynolds who was brutalized and killed by metro police and metro corrections. This inaugural issue of Black Scene Millennium is illuminating what our Black Community faces, celebrates the arts, culture, humanity. Simultaneously the periodical mourns how the city has disenfranchised an entire community.

Michael L. Jones is the editor of Black Scene Millennium magazine and an award-winning author. His 2014 book, Louisville Jug Music: From Earl McDonald to the National Jubilee received the Samuel Thomas Book Award from the Louisville Historical League as best local history. He also received the 2015 “Spirit of Louisville Award” from the Louisville Metro Council for his contribution to the city’s culture. Jones writes extensively about music and is a longtime board member of the National Jug Band Jubilee, an annual festival that celebrates a pre-World War II ragtime music. He curated the 2019 “Celebrating the Sounds of Kentucky” music exhibition at the Frazier History Museum and served as the Collider Artist-In-Residence at the South Central Regional Library in October 2019. His articles have appeard in LEO, Who’s Who in African American Profiles, Louisville Magazine, Food & Dining Louisville, The Oxford American, and The Utne Reader, among other publications.

Katy Delahanty has ten years’ experience as a mediator and facilitator. Delahanty dedicated 15 years of her life to crisis work, courtroom experience, and case management for people with intellectual disabilities and mental health disabilities. She is a graduate of Cooper Union for the Advancement of Science and Art with a strong background in art, teaching, and mediation. Delahanty is a resident of Louisville’s West End and a member of the Portland Museum board, U.S. Marine Hospital, Phoenix Global Humanitarian Foundation, board chair of the Easter Washington Defense, Vice President of the Portland Now Neighborhood Association, Chair of the AHOY Children’s Museum Committee. She is a practicing artist and published a coloring book called Chromatic Homes. Katy is also a member of the Portland Anchor Newspaper Committee and has co-founded Black Scene Millennium. She is currently the Outreach Director for Louisville Visual Art. She has been running LVA’s Mural Art Program for three years. All of her education and experience has led her to an interdisciplinary approach to art and community.

Ann Reynolds is a Kentucky native who has been active in cultural and political activism in Louisville for decades. While working in the court system, she was a founding member of the Kentucky Commission on African American Heritage, the Louisville-Jefferson County African American Heritage Committee, and the Kentucky Center for African American Heritage. In 1999, her oldest son Adrian Reynolds was beaten to death by corrections officers in the Jefferson County Jail. One of the officers was tried for murder for stomping on Adrian’s throat during the confrontation, but he was acquitted after two trials. This led Ann to join the Kentucky Alliance Against Racial and Political Oppression, where she advocated for a police oversight board. She also helped to form the Michael Newby Network, named for an unarmed African American teen shot by Louisville police in 2014, to connect families of polices shootings.

Proceeds from the sales of this publication will go to The Portland Museum, an educational resource that collects, preserves, exhibits, interprets, and enhances the culture and heritage of Portland, a neighborhood in Louisville, Kentucky that was once a thriving independent town. 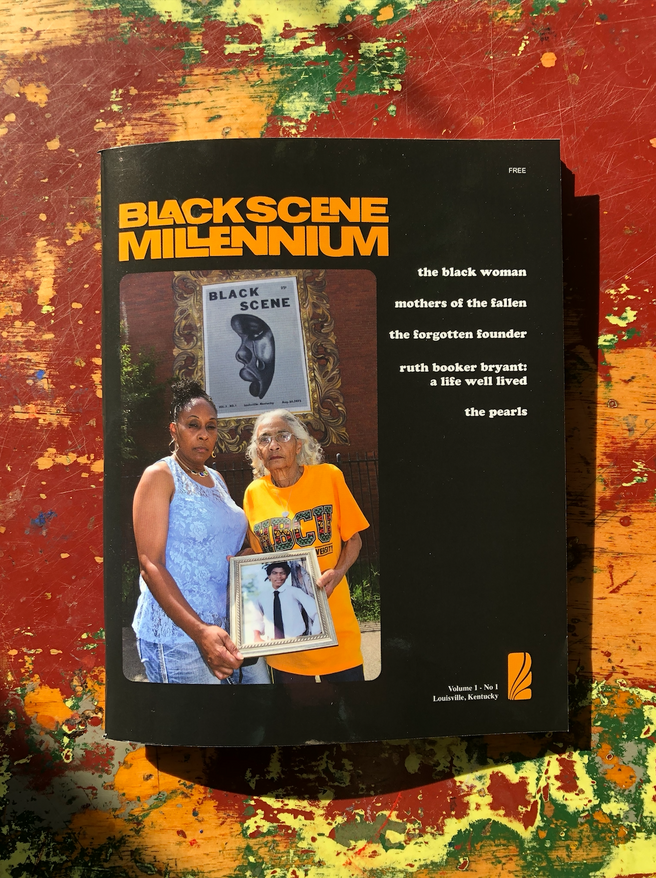 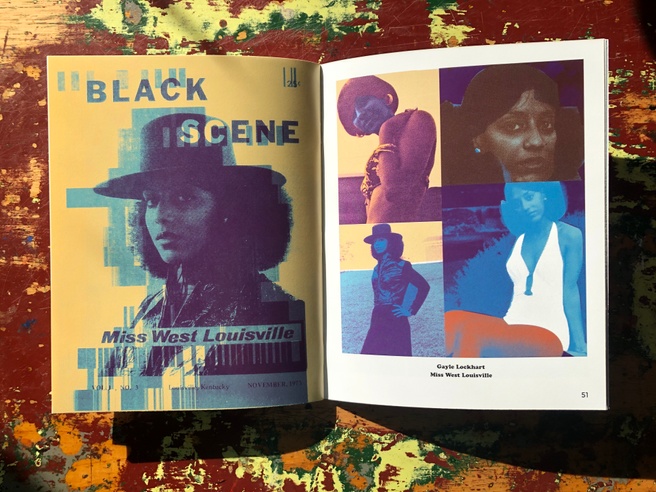 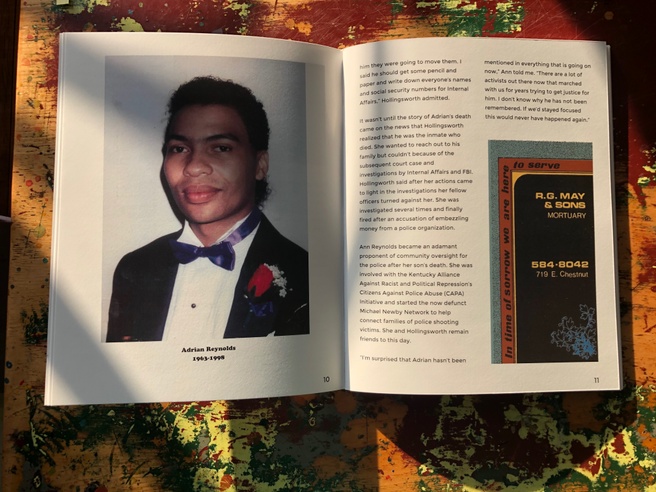 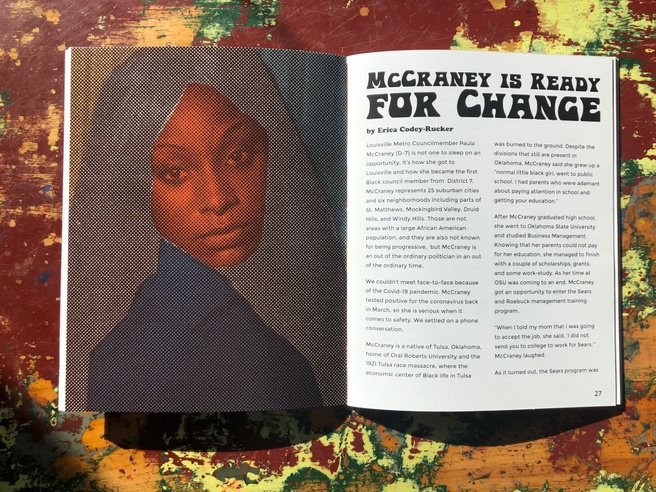 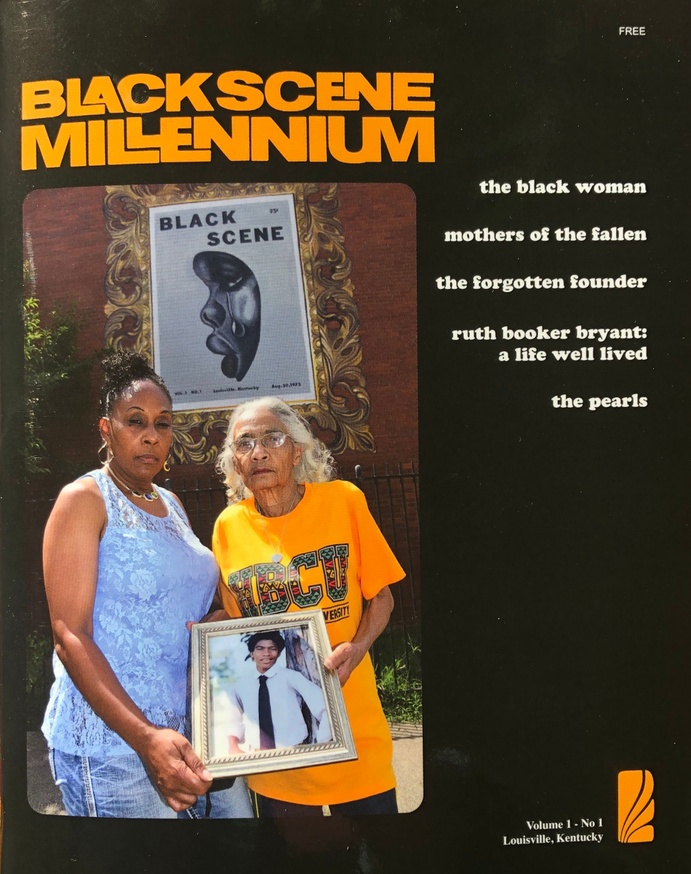