Image Language examines the work of New York artist Sarah Charlesworth (1947–2013), tracing elements of her creative output over the course of forty years, across her formative involvement in art publications to her later camera-based projects. Charlesworth worked serially throughout her career—in the sequenced format of magazines, in her production of photographs, and in her methodical and thematic organization of reference images. Bringing together publications, ephemeral materials, and photographic works from the artist’s archive, the exhibition focuses on Charlesworth’s early formal and conceptual strategies, exploring how she utilized photography and appropriation to investigate the cultural influence of images.

The exhibition includes examples from Charlesworth’s long engagement with publications, including writings, artists’ books, and material from the magazines The Fox and BOMB, as well as image research, production paste-ups, and experiments from her photographic projects. Also featured is work from four major photographic series: Modern History (1977–79), Red Collages (1983–84), Available Light (2012) and Work in Progress (2009). Image Language introduces the first presentation of The Wall of Tears (Study) (1979) and Regard (Study) (1979), both from Modern History.

From early on, the magazine format was well-suited to Charlesworth’s conceptual interests in language and photographs. Influenced by Conceptualism and the dematerialization of art through other means like writing, Charlesworth began to study and write about contemporary art toward the end of the 1960s. After seeing Seth Siegelaub’s January 5-31, 1969, a group exhibition of Conceptual art, Charlesworth promptly ended her painting practice. Soon after, she became affiliated with the New York division of Art & Language. In 1975, along with Joseph Kosuth and others from the group, she co-founded The Fox, an art theory magazine which emphasized artistic collaboration, and political and theoretical debate. Charlesworth was a central figure of The Fox, editing and writing several texts for its three issues, before disagreements between its editors caused them to disband. She then turned her attention toward an object-based practice, collecting images from various sources—newspapers, press clippings, advertisements, photography and film books, as well as cultural magazines ranging in type from fashion to lifestyle to pornography—and archiving them thematically in labeled files and folders for later access.

During the late 1970s and 1980s, Charlesworth’s art production comprised numerous serial investigations that challenged and exposed forms of representation. This process began with her first series, Modern History (1977–79), in which the artist interrogates the reproduction of contemporary events through the collection of newspapers, the removal of their text, and the photographic documentation of the results. Charlesworth discarded everything but the mastheads and images in order to investigate how we receive cultural information, and to emphasize the power and effect of visual culture on the public.

The complete Modern History series consists of sixteen distinct multi-panel pieces, each focusing on a unique subject and following a set of conceptual rules and constraints. While she typically installed Modern History pieces as linear progressions, she played with their visual formations in two published catalogues of the series, Modern History (Second Reading) (1979) and April 21, 1978 (1984), translating their original configurations into paginated sequences.

Alongside her photographic series, Charlesworth’s photographs and extensive collection of image clippings took the form of artists’ books, as well. Her book In-Photography predominantly features work from the 1981–82 series of the same name, and showcases some of Charlesworth’s most dramatic interventions with found photographs. In these images, cuts and rearrangements alter the stability of the photographic format in re-photographed collages that scatter, fragment, and burst apart. Published in conjunction with her exhibition at CEPA Gallery, Buffalo, in 1982, In-Photography also includes examples from her series Stills (1980) and The White Lady (1981).

Charlesworth made the book project A Lover’s Tale in 1983 for Wedge, a multi-artist box set edited by Phil Mariani and Brian Wallis. In the work she assembled black-and-white stills of classical Hollywood cinema genres and archetypes, forging parallel narratives across films and creating new relationships within the double-page spreads.

Charlesworth is often associated with the Pictures Generation, a moniker originating from Douglas Crimp’s 1977 landmark exhibition Pictures. In the late 1970s, the artists of the so-called Pictures Generation radically transformed art in the aftermath of Minimalism and Conceptual art. Charlesworth and peers such as Laurie Simmons, Barbara Kruger, Cindy Sherman, Sherrie Levine, Louise Lawler, and Richard Prince began utilizing appropriated images from newspapers, magazines, film, and other media in their work in order to address problems of representation and the dominance of mass media. These artists became known for seeing the photographic image as serial and simulacral, or as Jean Baudrillard declared, “a copy without an original”—pointing to the image’s representation as a construction rather than reality itself.

The ascendance of the Pictures Generation put into question the modernist view of the photograph as a unique and authentic product of the artist. Roland Barthes’ text “The Death of the Author,” and its idea that one text (or image) in actuality contains references to multiple texts (or images) that came before it, were influential to many of these artists.

In 1981, Charlesworth and a small group of artists and writers in New York, including current Editor in Chief Betsy Sussler, founded the magazine BOMB, a collaborative space for artists to work out their ideas in essays, interviews, and conversations without the presence of journalists and critics. The name and logo derived in part from Blast, a British art and literary journal from the early 20th century—it also referred to the short life the magazine’s founders thought it would probably have. Charlesworth created the front and back covers for the first issue, pairing her 1981 works Empire Light (Positive) and the inverted Empire Light (Negative). The images, re-photographed press photos sourced from the Picture Collection at the New York Public Library, depict a streak of lightning illuminating the night sky, looking as though it has just struck the Empire State Building.

In BOMB’s Spring 1983 issue, Charlesworth collaborated with Barbara Kruger on an eleven-page spread of text and images they titled “Glossolalia,” citing statements on the subjects of images, photography, and representation from artists, art historians, and philosophers. Charlesworth served as a contributing editor to the magazine throughout her life.

As one of the first of the postmodern artists to re-purpose found images, Charlesworth maintained a regimented practice of gathering and archiving—exclusively incorporating appropriated images into her work from 1977 through 1991. While the approach was a key attribute of her practice, Charlesworth considered the term appropriation misleading. She found that it conveyed a strategy of stealing, when throughout history art has always been quotational. In this sense, appropriation functioned as a strategy of access and communal language. Charlesworth’s work bore witness to the experiences of a mass audience shaped by media-saturation, as she both questioned and valued the image as a vehicle for connection with the world.

Image Language is on view at Printed Matter through November 1, 2020.

Christine Robinson is a Ph.D. candidate in the Department of Art History at the University of California, Los Angeles, specializing in modern and contemporary art and the history of photography. She has served as an Yvonne and Harry Lenart Graduate Fellow in Modern Art at the Los Angeles County Museum of Art and a curatorial assistant at the Museum of Contemporary Art, Los Angeles. Currently based in the San Francisco Bay Area, she is completing her dissertation on the work of Sarah Charlesworth. 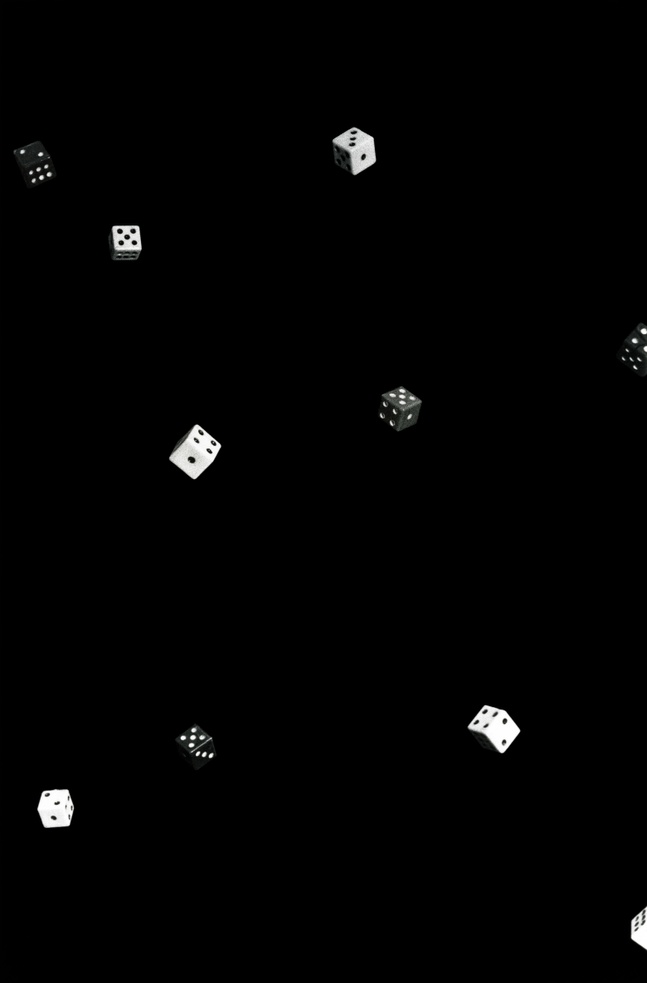 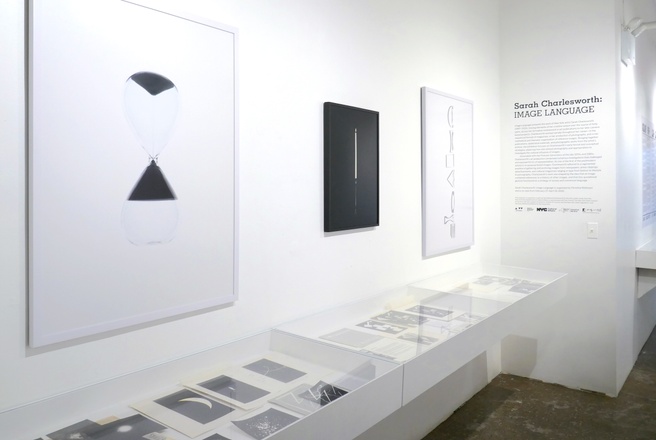 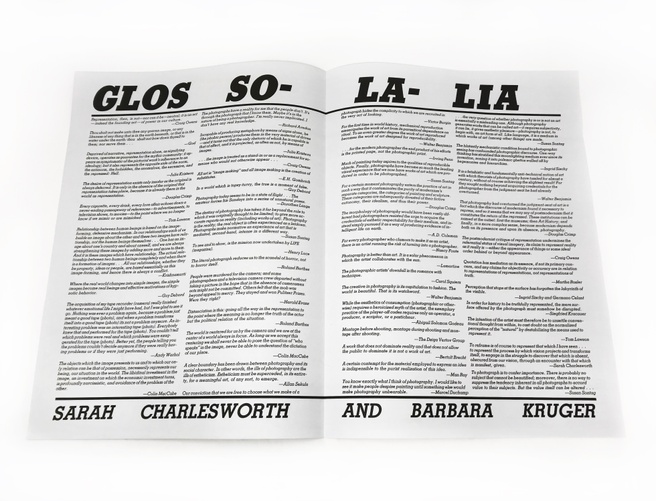 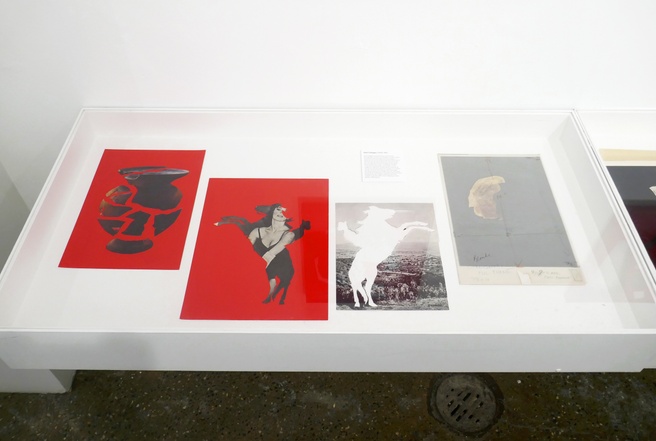 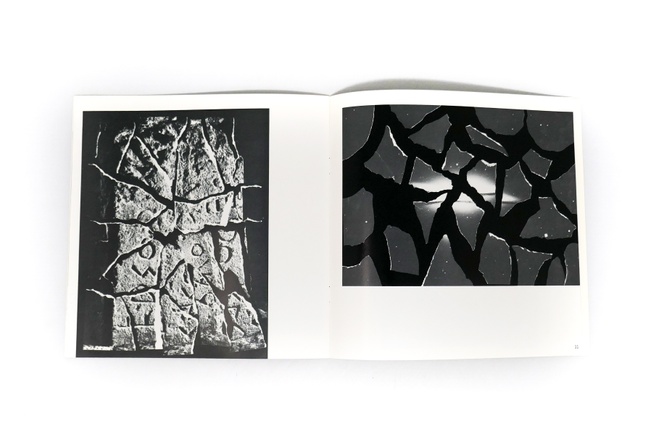