An evening of nasty comics for adults only!
6-8PM 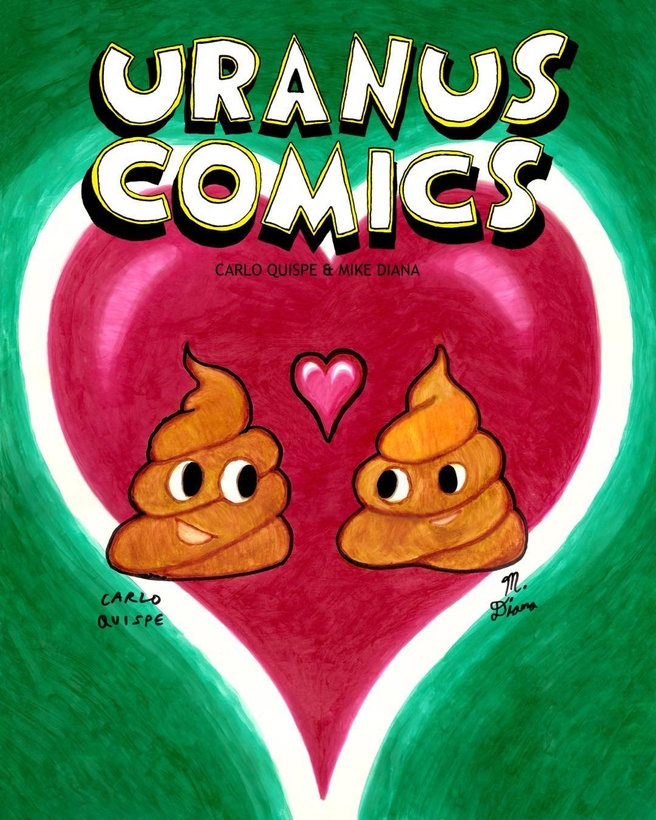 Indy cartoonists Mike Diana, Jennifer Camper, Katie Fricas and Carlo “Uranus” Quispe present an evening of nasty comics for adults only! The artists will be showing off some personal stories, some what sexy stories and some very angry stories. Join in the big comics fun and check out their latest books and zines.

In 1994, Mike Diana was thrown in jail without bail on obscenity charges, for publishing, advertising, and selling his zine BOILED ANGEL. Mike was on probation for 3 years, terms included fines of $3000, no contact with minors, 1280 hours of community service, maintain full time employment, and at his expense, see a psychiatrist and take journalism courses; AND no drawing for his personal use… his home was subject to unannounced searches by local police to make sure he was complying. June 4, 1996: a ruling by Largo, FL Judge Douglas Baird declared Mike Diana’s zines, Boiled Angel #7 and #ATE obscene. He said he personally found Diana’s comics “patently offensive” and stated “the evident goal of the appellant’s publication is to portray shocking and graphic pictures of sexual conduct so it will be noticed….” Mike Diana served another 2 years probation, $2000 in fines, and same probationary terms.

Carlo Quispe is a NYC based cartoonist, originally from Lima, Peru and a graduate of the School of Visual Arts. He works as a freelance artist and educator. His comics are CARLITO, Uranus Comics and Hairy Tales. He has contributed to alternative anthologies like Strapazin, WW3 Illustrated Magazine, Alphabet, Juicy Mother Vol.2 and 2014 Ignatz award winning QU33R. In 2018 director Pablo Oliverio adapted his comic Hairy Tales into an animated short film.

Uranus 1 – Within the pages of their collaborative “Gay Love Comix,” Carlo Quispe, Mike Diana, and Shane Uht let their subconscious desires and fantasies roam freely, gleefully blurring distinctions between pleasure and pain, the public and the private, the sacred and the profane. Quickly-executed ink drawings, in which draftsmanship is sacrificed for rawness and spontaneity, give visual manifestation to situations rarely seen in comics of any kind: lovers arguing over their addictions and engaging in explicit sex acts involving razor blades, an “electric eel robot”, and - perhaps most shockingly - genuine and candidly-expressed affection for one another.

Jennifer Camper is a cartoonist and graphic artist. Her books include Rude Girls and Dangerous Women and subGURLZ, and she edited two Juicy Mother comics anthologies. Her work appears in numerous publications and has been exhibited internationally. She is the founding director of the Queers & Comics Conference.

Comics from a smart-ass dyke perspective by Jennifer Camper: A Slow Intermittent Leak, I’m Not a Terrorist, School Girls, Feminist or Not?, Dykes In Print.

Katie Fricas, a queer cartoonist and library worker in New York City. Her comics have been in the Guardian, The New York Times, the LA Review of Books, and a lot of other shiny places. She also self-publishes a comic about library life called Checked Out and an essay collection about weird shit that goes down in the United States called Texas Chainsaw Sculptor. She is inspired by ordinary lesbo lives, the corrosion of democracy, upscale pencils, book jackets, pop art, queer histories, impermanence, hoaxes, diaries, and deep space.

Katie Fricas will have the following publications at this event: Texas Chainsaw Sculptor - an essay collection about weird shit that goes down in the United States; Checked Out - a comic about library life; Blabbermouth – a comic Katie made from a box of notes passed to her by friends in middle school. Many of them were intricately folded and all of them were written in different hands; and The Party People Sticker pack - features four dancers that you can stick together in various couples (throuples?)! Why not?! 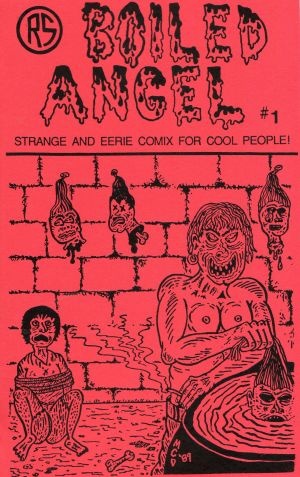 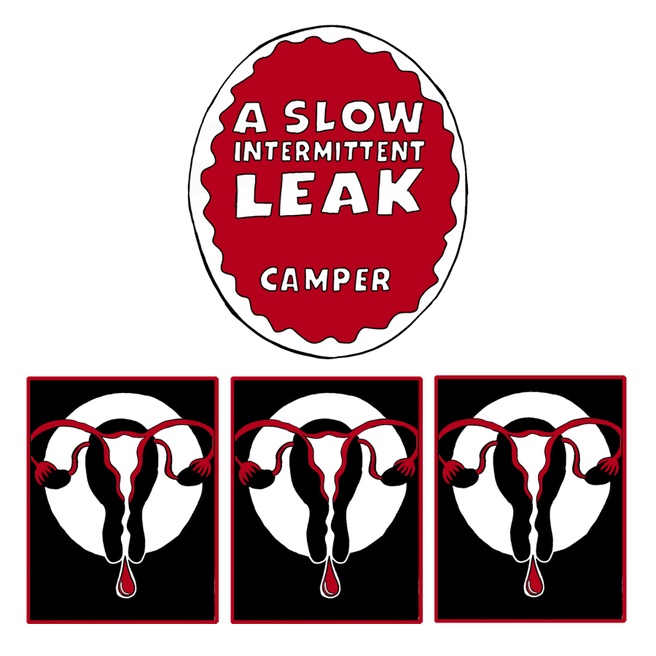 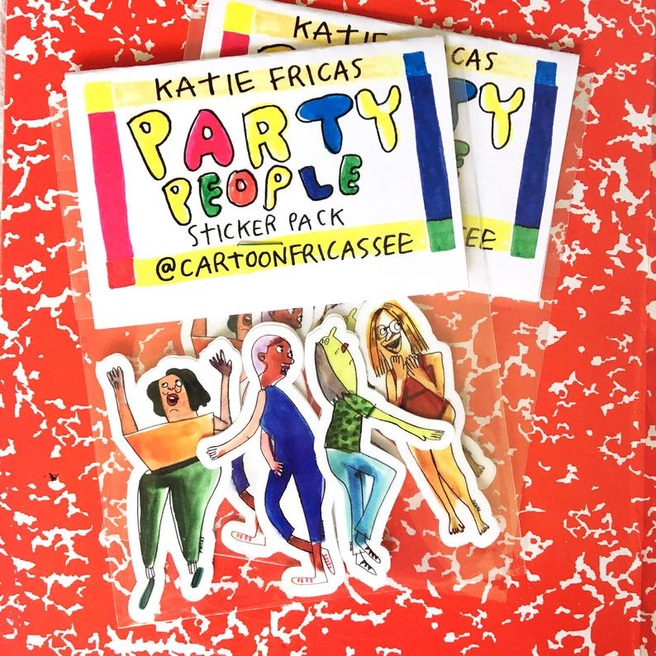